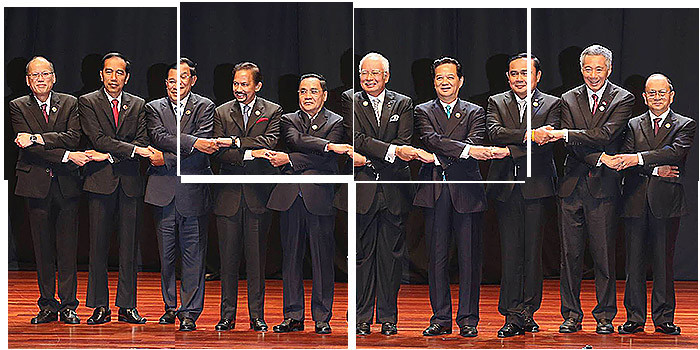 Chinese Foreign Minister Wang Yi’s whirlwind tour of Brunei, Cambodia and Laos between April 22 and 24, 2016 courted support for his country’s territorial claims in the South China Sea. But the issue of China’s policy in the South China Sea has created a fault line across Asean, complicating the unity and effectiveness of the regional grouping.

The most pressing issue on Wang’s agenda during his visits to Brunei, Cambodia and Laos was dispute resolution in the South China Sea, though political and economic cooperation were also discussed. In Brunei, his first destination, Wang emphasised China’s ‘dual-track approach’ as a way to solve territorial disputes between China and Southeast Asian countries. This approach endorses the handling of disputes bilaterally by the directly affected countries, and the joint maintenance of peace and stability in the South China Sea by both China and Asean.

Wang’s visit to Laos received wide attention in the region since Laos, as the 2016 Asean Chair, is expected to play a key role in mediating China’s disputes with its Southeast Asian neighbours. Wang emphasised during his visit that China’s ‘One Belt One Road’ initiative, which proposes a China–Laos railway link, would boost Laos’ agenda of transforming itself from a land-locked to a land-linked nation.

For Laos’ part, Saleumxay Kommasith conveyed that, as the current Asean Chair, Laos will try to further mobilise discussion on the execution of the Declaration on the Conduct of Parties in the South China Sea (DOC) and negotiations on a formal Code of Conduct.

Wang’s tour of the three countries underscored China’s eagerness to develop substantial backing within the region ahead of The Hague verdict on the Philippines’ arbitration case against China’s ‘nine-dash line’ claims. Any public support from the region would add legitimacy to China’s position against allowing third parties to intervene in South China Sea disputes.

Following the visits, the Chinese foreign ministry published a four-point consensus that Wang claimed was agreed upon with his counterparts in Brunei, Cambodia and Laos. The consensus stated that first, disputes over the Spratly islands are not an Asean–China issue and should not have any implications on China–Asean relations.

Second, every sovereign state is free to choose their own way to resolve rows and no unilateral decision can be imposed on them. Third, dialogues and consultations under Article 4 of the DOC are the best way to solve the South China Sea disputes. Fourth, China and Asean together can effectively maintain peace and security in the region.

This four-point consensus, alongside Wang’s tour of Southeast Asia, reiterates that China has once again successfully capitalised on divisions prevalent among the Asean nations when it comes to South China Sea disputes. By supporting China’s four-point consensus, Brunei, Cambodia and Laos have expressed that they will neither join Vietnam and the Philippines (and increasingly Indonesia too) in their fights against China’s assertiveness in South China Sea nor seek multilateral dispute resolution.

Is Laos up to the job as Asean chair?

The last point in the ‘consensus’ stresses that China and these three Asean countries do not want the involvement of outside powers (such as the United States) in South China Sea disputes, as they believe only regional powers should manage peace and stability in East Asia. But China’s assertive diplomacy in Southeast Asia has raised questions about Laos’ ability to promote unity and open dialogue across Asean in 2016.

In light of the United States’ insistence that it will continue its freedom of navigation operations in the South China Sea, and US Defense Secretary Ashton Carter’s recent announcement of joint patrols with Manila, China is likely be more assertive in pushing its dispute resolution agenda onto its allies in the region.

This is not the first time China has been successful in drawing dividing lines within Asean. During Myanmar’s tenure as 2014 Asean Chair the smaller economy had to face the challenge of considering the interests of Vietnam and Philippines on the one hand, and China on the other.

After Wang Yi’s three-nation tour, Lao President Bounnhang Vorachith attempted a conciliatory gesture towards the other members of Asean by immediately paying a friendly visit to Hanoi. But it remains to be seen whether this visit will be enough to assure Vietnam, and other Southeast Asian countries, of Laos’ ability to lead Asean with a pragmatic diplomatic attitude.

Some argue that China is too big a power for Asean’s smaller economies to raise a tough voice against its territorial claims and its rejection of third-party dispute resolution. Yet Vietnam and the Philippines are passionate about maintaining their demands in the South China Sea. The involvement of extra-regional powers suits their interests. The confluence of these opposing interests is making Southeast Asia one of the most unsettled regions in the world. Managing this tension will be a considerable challenge for Asean into the future.

This article was written by Dr Sampa Kundu, a researcher at the Institute for Defence Studies and Analyses, New Delhi. It first appeared on East Asia Forum under a Creative Commons license and is reproduced here with its permission.

Vietnam Falls For Obama During Visit