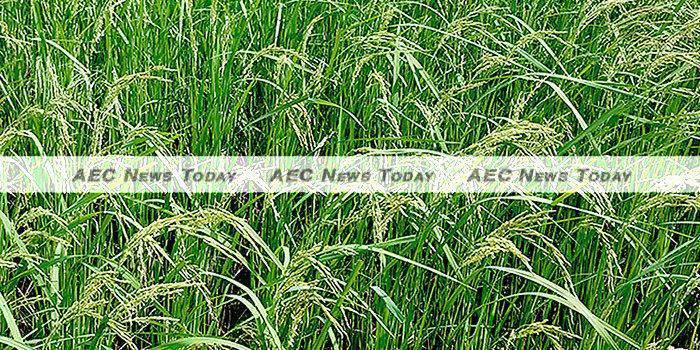 Cambodia fragrant rice exports to the European Union (EU) are in jeopardy due to cheating by rogue exporters mixing lower quality grains with the country’s premium product.

At the recent 9th EU-Cambodia Joint Committee meeting in Phnom Penh Cambodia was again warned that mixed milled rice will be an obstacle for its rice to be sold on the EU market, putting at risk about 40 per cent or some 215,000 tons of the 538,000 tons of rice Cambodia exported last year.

Currently Cambodia enjoys duty- and quota-free trade preferences under the Everything But Arms (EBA) agreement and last May when the matter of rice mixing was raised by the EU, Cambodia’s Ministry of Commerce (MoC) warned growers and exporters that the continuation of the practice could see this status revoked.

In a letter the ministry said: “Recently, the EU has increased monitoring of rice imports to investigate the origins of rice imported, with the aim to pause or ban the import of rice without clear origins.”

The ministry threatened it would stop issuing Certificates of Origin to exporters found to be using non-Cambodian rice and also said teams of inspectors would launch surprise raids on rice exporting companies and rice millers to investigate the issue, while Cambodia rice industry associations blamed the practice on “one or two” rogue companies – the same explanation offered this year – suggesting that the issue was blown out of proportion.

That the matter has again been raised by the EU indicates that the problem is far from remedied, perhaps indicating that much like with Thailand and its non-compliance with illegal, unreported and unregulated (IUU) fishing regulations, the EU is getting tired of its messages falling on deaf ears. The matter of mixed rice grains was first raised in 2013 when the EU Trade Commissioner said as much as 30 per cent of some 196,000 tons of rice exported by Cambodia to EU members  was rice of Vietnam origin mixed with Cambodia rice.

In the last five years Cambodia’s rice exports have increased by some 438 per cent with more than 51 per cent of rice exported in 2014 being Cambodia fragrant rice. In 2015 Cambodia rice represented 24 per cent of annual EU rice imports making it the largest supplier to the 28 country block ahead of India, Thailand, and Guyana.

Any sanction by the EU would be a serious setback for the Cambodia rice sector which employs about 20 per cent of the nation’s workforce. Last year Cambodia fragrant rice, soon to be marked under the name ‘Angkor Malis’, lost its title of ‘world’s best rice’ to California Calrose rice, after holding the title for three consecutive years.

It’s not just the EU concerned over the quality of Cambodia fragrant rice with the EU warning coming ahead of a visit to Cambodia by a team of inspectors from China’s General Administration of Quality Supervision, Inspection and Quarantine (AQSIQ), sent to audit some 79 rice milling and warehousing members of the Cambodia Rice Federation (CRF) involved in the shipment of 100,000 tons of rice to China this year.

Cambodian fragrant rice exports are also expected to be hit hard once the EU-Vietnam free trade agreement comes into effect with Vietnam able to export 76,000 tonnes of rice per year to the EU free of import duties.

In 2015 bilateral trade between Cambodia and the EU reached more than ‎€4 billion (about US$4.488 billion), with agricultural products accounting for about 4.4 per cent, or about €181 million ( $203 million), of the total.

However, while EU foreign direct investment (FDI) into Asean accounts for about 25 per cent of the total only about five per cent finds its way into Cambodia. Between January and October 2015 total EU FDI into Cambodia was about $76 million, a drop of 11.63 per cent over the $86 million invested during the same period in 2014.