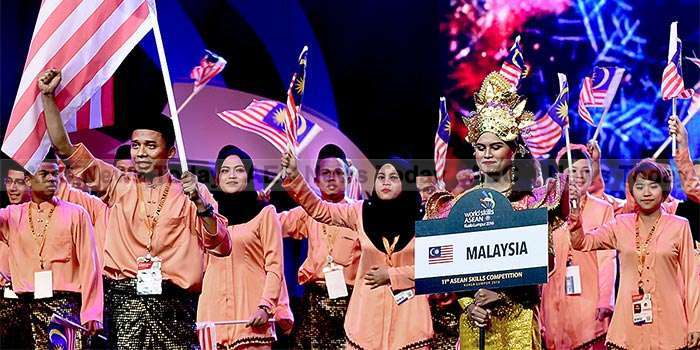 A shortage of skilled workers is an often cited reason why companies select one country over another to locate their new manufacturing facility. If the results of the 2016 Asean Skills Competition are anything to go by the future for manufacturing companies setting up in Malaysia should be bright.

Established 11 years ago, the Asean Skills competition was created to promote the development of quality skilled workers, improve training among Asean member countries, and encourage cooperation among government, industries, employers, and workers organization.

Speaking of Malaysia’s success at the 2016 Asean Skills competition, deputy prime minister Dr Ahmad Zahid Hamidi told The Star Online: “The Asean Skills Competition will convey the message to the world community that the youth in Asean are being trained to prepare themselves to meet job requirements, and contribute to building a better and more prosperous world”.

According to the results of the 2016 Asean Skills competition Malaysia leads the rest of Asean in:

In second place overall Indonesia alone scored a gold medal in each of:

While the news was not so good for the region’s manufacturing powerhouse, Vietnam, the fields in which it excelled mirror the growth of key industries inside the country.

In addition to topping the filed in CNC maintenance, winning the Best Nation award and the gold medal, it also took out two gold medals for industrial automation, one for electronics, and one for mechanical engineering design.

For the so-called skilled worker manufacturing hub of Asean, Thailand, the results belie the claim. Finishing the 2016 Asean Skills competition in fourth place, Thailand’s 30-person team took home the Best Nation award and a gold medal for restaurant service, as well as one gold medal each in the fields of hair dressing, welding, Mechatronics, and mechanical engineering design.

Asean’s most developed member nation, Singapore, earned three gold medals, one silver and seven bronze. As the only country to win a gold medal winner for information network cabling skill, it also received he award for the Best Nation in this category.

Across the South China Sea Philippines won Best Nation award for mechanical engineering design cad. In total the Philippines earned one gold, one silver and four bronze medals at the 2016 Asean Skills competition.

For Myanmar and Lao PDR the competition proved to tough, with both countries going home from the 2016 Asean Skills competition without any medals, though Lao PDR won the Best Nation award for cooking skills, while Myanmar was similarly acknowledged in the field of plumbing and heating.