Middle Income Countries Need to Learn How to Learn 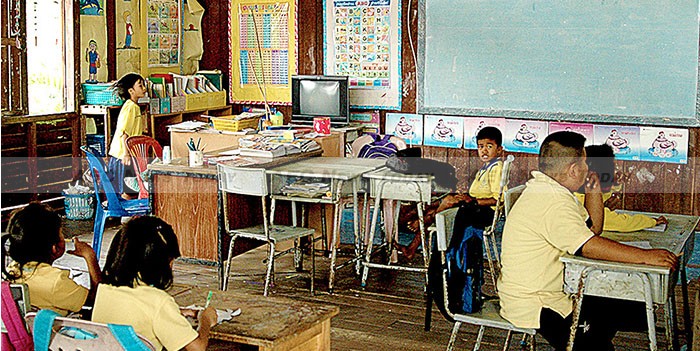 Investment in human capital through education, partly by the government, is almost universally thought to be a precondition for sustainable growth. For Asian countries that can no longer rely on factor accumulation to underpin their continued economic development, improving the quality of national education systems has become of paramount importance.

The historical experience of the Asian economies that have grown to high income suggests that education holds the key to graduation from middle income levels. And falling fertility rates opened up a window of opportunity to take better advantage of its benefits as the demographic profile in these countries changed dramatically.

The ‘East Asian Tigers’ undoubtedly achieved impressive increases in school enrollments. In 1950, about one in two people in these countries had no education; by 2050, this figure had shrunk to less than one in ten. Average years of schooling of the population aged 15 and over increased by about two years, much more than in other developing countries. Indeed, in some ‘Tiger’ economies (such as South Korea and Singapore) there is even concern about ‘overeducation’ as enrolments have soared at the tertiary level.

There has been a similarly impressive increase in enrollment in the so-called ‘Tiger Cubs’ of Malaysia and Thailand, although test scores in these countries lag far behind their more developed neighbours in the region. One particular standout in the region is the poorer country of Vietnam where students’ maths and reading comprehensions scores are about on a par with South Korea’s, according to the 2012 OECD-PISA results.

Avoiding the middle income trap means countries must move from competing on the low-skill margin to the high-skill margin. But what does this mean?

This means that education systems in middle income countries will need to foster not only the cognitive and technical skills that have traditionally been the focus of education systems in developing countries, but also critical thinking, teamwork, problem-solving and communication skills.

Contrary to some popular wisdom, there is good evidence that East Asian education systems do not lag behind when it comes to instilling the ability to solve problems creatively — in fact, students in Singapore, South Korea, Japan and Taiwan, as well as students in Hong Kong, Shanghai and Macao, outperform their peers internationally on problem-solving tests. And although patenting activity is an imperfect measure of creativity, it is nonetheless interesting to note the strong performance of the ‘Tiger economies’ in patent generation.

All of this suggests that middle income countries around the region ought to consider the institutional and educational settings that have allowed their neighbours to improve the quality of education offered to their young people.

In general, the policies that will help middle income countries build their stock of human capital vary from country to country. But while there is no universally applicable prescription, policymakers should draw heavily on the evidence base that already exists. New interventions should be subject to rigorous impact evaluations, especially for programs that target non-cognitive and creative skills for which there is very little hard empirical evidence for programme effectiveness.

Just as creativity is important for students and future workers, innovation in the kinds of policies used to improve educational outcomes ought to be encouraged. For example, policy interventions to improve the quality of education in the Asia-Pacific need not be necessarily focused tightly on traditional school expenditures.

Health interventions, like giving free reading glasses and micronutrients to low-income children, have been shown in random trials to improve scores at relatively low cost. Similarly, providing educational inputs like laptops and reading material to children has been shown to improve educational outcomes in randomised trials.

Countries that have succeeded in ‘breaking through’ middle income status have done so not only by expanding the opportunities for more human capital accumulation as measured conventionally by years of schooling, or amounts of money spent on education — they have also invested heavily in the quality of education and have kept a close eye on monitoring learning outcomes.

In the future, the hurdle for making the jump may be altogether higher, with the need for creativity becoming paramount. Countries that fear getting stuck at middle income levels need to follow the evidence — and learn how to learn.

This article was authored by Emmanuel Jimenez, the executive director of the International Initiative for Impact Evaluation and Elizabeth King, a non-resident senior fellow at The Brookings Institution, Washington DC. The article summarises a paper prepared for the Pacific Trade and Development Conference. It first appeared on East Asia Forum under a Creative Commons license and is reproduced here with its permission.