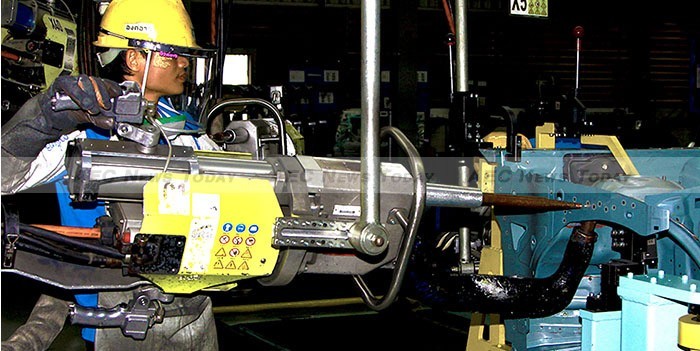 The Cars programme was signed by Philippines President Benigno Aquino on May 29 (Executive Order (EO) 182) and seeks to reinvigorate the Philippines flagging Philippines automotive sector and breath new life into the automobile assembly and auto-parts industries.

It is hoped that up to 200,000 new jobs will be created as a result of the Cars programme, with US$590 million in new manufacturing investment targeted.

Up to three manufacturers will be sought to participate in the Cars programme with each being eligible for up to $197 million in financial relief by way of tax payment certificates to defray tax and duty obligations.

To qualify a participating automotive manufacture most achieve an output of 200,000 units per year or more over a maximum of six years. In addition vehicles constructed under the programme should:
involve new investments in body shell assembly and large plastic parts;
have economic benefits in terms of job generation and overall consumer welfare;
and be fuel efficient as well as comply with emission level standards determined by the Philippines Board of Investments (PBoI).

Participating auto manufacturers and parts suppliers will also receive incentives for setting up a shared testing facility, the absence of which is a handicap to local manufacturers breaking into export markets.

Speaking at an industry briefing on the Cars programme Philippines Department of Trade & Industry (DTI) undersecretary and Philippines Board of Investment (BOI) Managing Head Adrian S. Cristobal Jr said, “the programme aims to jump start the revitalisation of the Philippines automotive sector, improve its competitiveness and elevate the country into an auto manufacturing hub in the region”.

The DTI estimates the Cars programme will add up to 1.7 per cent to Philippines GDP and provide up to $6.5 billion in economic stimulus.

It is expected some 90,000 light vehicles will be produced in the Philippines this year compared with 2.14 million in Thailand and 1.3 million in Indonesia.

According to the Chamber of Automotive Manufacturers of the Philippines (Campi), the automobile industry began 2015 with record sales in January with sales up 19.3 per cent year-on-year (YoY).

The country’s automotive industry received a much needed boost in April this year when German car marker Volkswagen announced its intention to invest US$200 million to construct a new assembly plant and, ultimately, a regional production hub to produce up to 100,000 units yearly.

According to John Philip Orbeta, president and ceo of Volkswagen Philippines, the first phase of the project will be investing up to $50 million in a ‘completely knocked-down’ (CKD) facility which will construct automobiles for ‘kits” manufactured outside the country and imported for assembly. Domestic manufacturing will come later, he said.

At the time Mr Orbeta said that the plan could only be realistic if the Philippines government extends its soon to expire tax incentive policy on foreign companies. “An additional $150m million is set to be invested in manufacturing if we can get to the second phase”, he said.

In February of this year Volkswagen, the world’s biggest automobile maker, received approval from Thai authorities to build a €1 billion (US$1,085 billion) manufacturing plant with a capacity of 300,000 fuel efficient cars per year near Bangkok – more than 10 months after applying.

The company has refused to comment on whether the Thailand project will proceed. In Southeast Asia it produces its Passat, Polo and Jetta models in Malaysia in conjunction with a local partner. In Indonesia it is constructing a $140 million factory in Cikarang, West Java to cater to Indonesia’s increasing demand.

In 2013 and 2014 Philippines manufacturing grew at an average rate of 9.2 per cent, while foreign direct investment (FDI) increased by $6.2 billion in 2014, considerably less than regional giant Thailand where 2014 FDI totalled $12.6 billion and Vietnam which saw $8.9 billion.