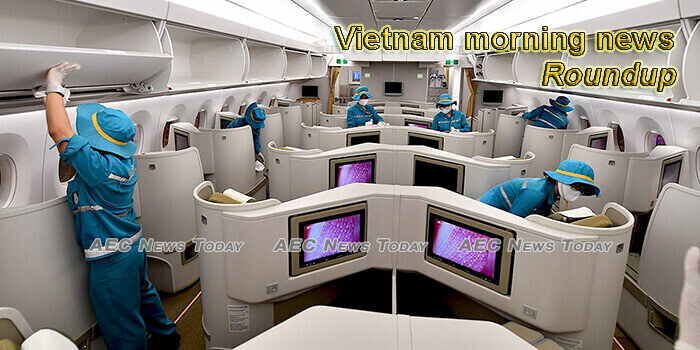 Vietnam exempt from England’s quarantine requirements
England has listed Vietnam among 59 countries and territories from where travelers would be exempted from 14-day quarantine.
— VnExpress

Foreigners’ housing demand is increasing in the domestic property market
The domestic real estate market is hoped to have growth in the fourth quarter of this year and before the Lunar New Year 2021 if, by this year-end, the domestic economy is restored to levels from before the COVID-19 pandemic.
— Vietnam Insider

Vietnamese tycoons buys iconic building overlooking Sydney Opera House?
The Sydney Morning Herald has conducted an investigation on former banker Jean-Dominique Huynh, the reclusive buyer of the controversial Sirius building which is located in a prime location at the foot of Habour and overlooks the iconic Sydney Opera House.
— Vietnam Times

Surge in new traders fuels market gains
Shares climbed on Friday thanks to a strong boost from massive surge in new trading accounts opened by punters seeking to bottom fish from a giant slump in COVID-19 time.
— Viet Nam News

Did Trump Say Operation Desert Storm Took Place in Vietnam?
The president’s 2020 Independence Day address wasn’t the smoothest of speeches, but neither was it as historically challenged as claimed by some critics.
— Snopes

EU-Vietnam Free Trade Agreement will enter into force on 1 August 2020
Vietnam’s Council of Ministers has approved the EU-Vietnam trade and investment agreements. The agreement is set to bring unprecedented benefits for European and Vietnamese companies, consumers and workers, while promoting respect for labour rights, environmental protection and the fight against climate change under the Paris Agreement.
— Scandasia

Vietnam records no new COVID-19 cases
Vietnam reported no new cases of COVID-19 infection on Sunday, with its total confirmed cases remaining at 355 with zero deaths so far, according to the Ministry of Health.
— Xinhua

Vietnam: Pork and oil prices key to keeping inflation under control, say experts
With huge inflation pressure on the way in the remaining months of this year, a close watch must be kept on the prices of key products like oil and pork to hit the goal of keeping inflation below four per cent, experts have said.
— The Star Online

Domestic property market faces uncertainty
The domestic real estate market is hoped to have growth in the fourth quarter of this year and before the Lunar New Year 2021 if, by this year-end, the domestic economy is restored to levels from before the COVID-19 pandemic.
— Viet Nam News

Local Family Donates Mobile Home To Vietnam War Veteran
A local family donated a mobile home to a Vietnam War veteran who served in the United States Army. The Veterans Leadership Program moved the veteran, Mike, into his new home this week.
— Pittsburgh

New investment wave starts despite COVID-19
The new wave of foreign investment triggered by COVID-19 and US-China trade tensions has become more visible, with outstanding overseas ventures being expanded in the first half of the year.
— VIR

Three IPs in Hưng Yên Province added to the national planning
The PM asked the provincial People’s Committee to develop these IPs with synchronous technical and social infrastructure system, including houses and cultural and sporting facilities for workers.
— Viet Nam News

Vietnam sees alarming rise in elderly abuse, abandonment
VIETNAM’S elderly face issues of dependency and lack of support, leaving many of them exposed to mistreatment by those charged with their care.
— New Straits Times

Pork and oil prices key to keeping inflation under control: experts
Inflation is currently under considerable pressure and the consumer price index (CPI) jumped 0.66 per cent in June against the previous month, the largest increase since 2016.
— Viet Nam News

Gelex to raise stake in Viglacera
Gelex and related shareholders are holding 112 million shares or 2.94 per cent of Viglacera’s capital
— Viet Nam News

Northern region prepares for natural disasters
The Việt Nam Disaster Management Authority (under the Ministry of Agriculture and Rural Development) must prepare appropriate means and equipment for access to areas affected by flash floods and landslide.
— Viet Nam Net

Bình Định households face water shortage
Meanwhile, a water plant worth VNĐ12 billion (US$520,580), which was supposed to supply water for 3,300 households in four villages in the commune, has been left abandoned.
— Viet Nam Net