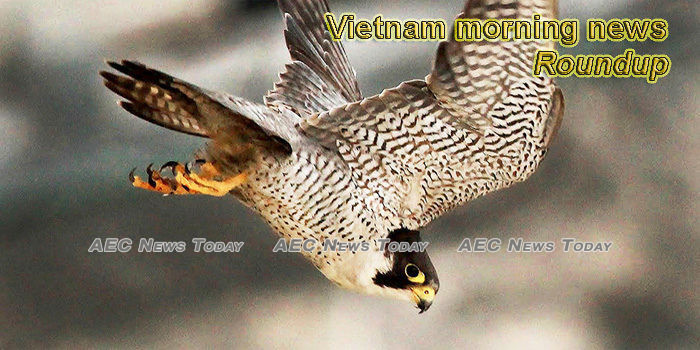 Vietnam’s Competitive Minimum Wages: How Does it Fare with its Regional Peers?
One of Vietnam’s advantages making it a preferred destination for investors is its competitive minimum wages as compared to other countries in the region.
— Vietnam Briefing

New $212m financing for climate-friendly projects in Vietnam
The funding from IFC will enable VPBank to expand its lending to small and medium businesses and boost financing for projects that help reduce carbon emissions.
— Energy Live News

Survey: Vietnam Has One of Highest Rates of Consumer Savings
Vietnamese savings are reaching new highs, but observers disagree about whether saving so much is a good sign.
— VOA

Is Vietnam Safe as US Steps Back from the China Trade War?
China and the United States have come to an agreement this month that seemingly begins to bring an end to their two-year trade war.
— VOA

EU, Vietnam cooperate to improve competitiveness
Last year, the strategic partnership and comprehensive cooperation between Vietnam and the EU continued to be strengthened when the two parties signed the EU-Vietnam Free Trade Agreement (EVFTA), the first trade deal of the EU with a developing country in the region.
— Sggp News

Vietnam: New Leading Culinary Destination in Asia
There’s more to Vietnam than the traditional image of rice paddies and conical hats. Here you’ll find a country bursting with energy and forward motion. You’ll feel it in the hum and activity on the streets.
— Vietnam Insider

Vietnam is not like most investment destinations these days?
On the upside, Vietnam has escaped both the growth slowdown and the political upheaval that have bedeviled many other emerging markets.
— Vietnam Insider

Vietnam’s steel industry expected to face difficulties this year
Steel industry not likely to have the best of times in 2020 due to an increase in production capacity, falling demand and protectionist measures by countries to reduce imports, according to experts.
— Vietnam Insider

Vietnam-South Africa ties experience an exciting year: Ambassador MK Lekgoro
The bilateral ties between Vietnam and South Africa have been reinforced with strides in different fields regarding politics and economics.
— The Hanoitimes

Satisfying Tet fireworks show in Hanoi
Fireworks show on the Lunar New Year’s Eve when the clock strikes 12 a.m. has become one of the most anticipated moment in Hanoi and many places in Vietnam.
— The Hanoitimes

ADB agrees US$38M finance package to solar power project in Vietnam
The project will serve the energy demand of residents and businesses of Ho Chi Minh City and its surrounding areas.
— The Hanoitimes

Airlines to refund Vietnam-China flight tickets
Vietnamese airlines have offered to refund customers who want to cancel their flights to and from China amid the coronavirus outbreak.
— VnExpress

Road accidents leave 22 dead on Lunar New Year
There were 21 road traffic accidents on January 25, the first day of the Year of the Rat, leaving 22 dead and 13 others injured.
— VietnamPlus

HM The Sultan Congratulates President of Vietnam
His Majesty Sultan Haitham Bin Tarik has sent a cable of congratulations to President Dr. Nguyen Phu Trọng of the Socialist Republic of Vietnam on the occasion of Lunar New Year.
— Oman News

Unitel – A symbol of fruitful Vietnam-Laos economic cooperation
When it comes to telecommunications in Laos, most people will think of Unitel – a Star Telecom brand, which is a joint venture between Viettel of Vietnam and a Lao company.
— NDO

Vietnam does poorly in global ranking of talent attraction
Vietnam trails behind most of its Southeast Asian peers and is in the bottom half of a global ranking in attracting talent.
— VnExpress

Vietnam needs to choose the path less traveled
In copying other countries’ development mistakes, Vietnam has paid a heavy price for not deploying due foresight. Now, we cannot ignore hindsight wisdom.
— VnExpress

Vietjet Air gets exceptional permission to fly Chinese back to Wuhan
Deputy Transport Minister Le Anh Tuan has said the Civil Aviation Authority of Vietnam (CAAV) allowed the Vietjet Air to run four flights from the central province of Khanh Hoa to the Chinese city of Wuhan – the epicenter of corona virus outbreak, to fly Chinese tourists back home.
— VietnamPlus

Key to Vietnam’s success in coming decades
The question of how Vietnam will develop in the next 10 and 20 years is not only for policymakers. The aspiration of ordinary Vietnamese people for a prosperous nation has also never been so strong.
— NDO

Big bucks incentivize Vietnamese to work through Tet
Housekeeping and valeting are among jobs popular during the Tet holiday, allowing employees to quadruple their normal daily income.
— VnExpress

Masan chairman opens up on Vincommerce merger
Masan’s acquisition of a majority stake in Vingroup’s minimart chain was a “big step” to break into consumer retail, the group’s chairman says.
— VnExpress

Many activities launched to connect Vietnamese young intellectuals in US
The Association of Vietnamese Students and Professionals in the United States of America (AVSPUS) was recognized as a non-profit organization registering under American law in Massachusetts on March 3, 2014.
— Sggp News

Farming in the Era of Industry 4.0
Developments in digital technology have some known benefits for the agricultural business. Farmers in the Mekong Delta have applied technologies in farming for recent years.
— Sggp news