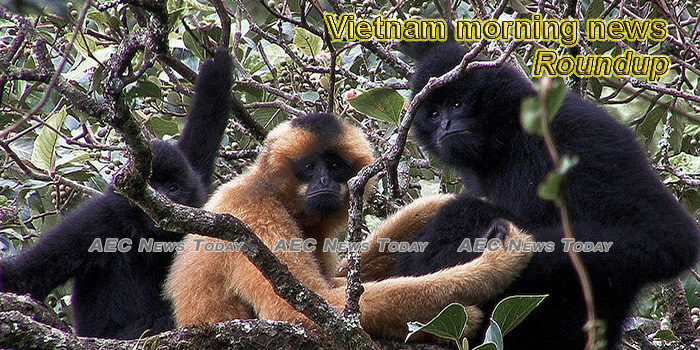 Vietnam Air Passengers Quarantined on Virus Exposure Threat
Twelve crew members and 51 out of 73 passengers on a Vietnam Airlines flight from Nagoya in Japan to Ho Chi Minh City were placed in quarantine on fears the carrier’s employees had been exposed earlier to a Japanese traveler with the novel coronavirus.
— Bloomberg

Is Vietnam Sending Its Maritime Militia to China’s Coast?
In recent weeks, hundreds of Vietnamese fishing boats have gathered near China’s Hainan province, site of a sensitive military base.
— The Diplomat

Vietnam highway construction project facing halt
Work may be halted on the Ben Luc-Long Thanh expressway project in Vietnam. The problem is that the construction costs have increased over the original budget. Building the expressway is now expected to cost US$70 million more than had been originally planned.
— World Highways

Vietnam looks to build Asean community by 2025
Vietnam is strongly committed to completing the role of Asean Chair in 2020, promoting the Asean community and foreign affairs as well as improving the working way of Asean.
— AsiaNews

Vietnam banks to offer US$12.3 billion coronavirus support package
The new initiative is higher than the US$10.8 billion package planned earlier and mentioned at a State Bank of Vietnam (SBV) business conference held in Hanoi on March 2, as reported on March 5 by Banking Times, a SBV publication.
— The Asset

What Does a Second Aircraft Carrier Visit Mean for US-Vietnam Relations?
This week, a U.S. aircraft carrier will make a port call in Vietnam’s coastal city of Da Nang – just the second visit of its kind since the end of the Vietnam War, following the first in early 2018. Though the move has long been in the works and is just a single engagement, it nonetheless bears noting given its significance for U.S.-Vietnam ties and Washington’s regional approach more generally.
— The Diplomat

BIDV, Vietcombank, and Samsung among the top brands in Vietnam fighting the COVID-19
Isentia’s rankings report is based on how mainstream media covers brands that are fighting the coronavirus and rates their performance across Strategy, Culture, Delivery – the three pillars of Isentia’s Reputation Framework.
— Yahoo News

Vietnam Reinforcement Materials Market Analysis Growth Factors and Competitive Strategies by Forecast 2024
According to a new report published by Allied Market Research, titled, Vietnam Reinforcement Materials Market, by Material Type and End User: Opportunity Analysis and Industry Forecast, 2018-2024,” the Vietnam reinforcement materials market was $49,453 thousand in 2017 and is expected to reach $84,478 thousand by 2024, expanding at CAGR of 7.9% from 2018-2024.
— Open PR

Diversifying wood export market to reduce risk
Vietnam’s wood export revenue is forecast to rise 20% in 2020. However, the industry cannot avoid the impacts of the recent epidemic, necessitating efforts to diversify its export markets.
— NDO

Two-month rice exports soar despite Covid-19 epidemic
Vietnam has exported approximately 890,000 tonnes of rice worth US$420 million in the first two months of 2020, an increase of 27% in terms of volume and 32% in terms of value compared to the same period in 2019.
— NDO

Vietnam, Gulf War Vets Get One Step Closer to New Benefit
Vietnam-era and other pre-9/11 veterans are one step closer to accessing a program designed to pay their spouses or other family support for in-home care even as rules tighten for who can enroll, as part of a highly anticipated proposed rule release from the Department of Veterans Affairs.
— Military.com

Overlapping regulations the key issue facing SOE performances
Regulatory overlapping was the biggest problem at State-owned enterprises (SOEs) since they were handed over to the Commission for the Management of State Capital at Enterprises, officials have said.
— VietnamPlus

Vietnam eyes growing demand for rice in Senegal
Vietnam this year would have opportunities to continue increasing rice exports to Senegal, as well as Africa as a whole, due to high demand from those markets, the Vietnam Nam Trade Office in Algeria said.
— The Star Online

Hashmeta expands into Vietnam, targets beauty industry
Singapore-based digital marketing agency Hashmeta has opened a new office in Vietnam to serve companies that are expanding their markets beyond Singapore. In a statement to Marketing, Hashmeta’s spokesperson said the Vietnam team will prioritise bringing in global clients and helping local clients within the beauty industry.
— Marketing Interactive

VIETNAM – HALF OF EMPLOYEES RESIGN FROM THEIR JOBS DUE TO LACK OF OPPORTUNITIES: ADECCO
Half, or 51.3% of Vietnamese workers resigned from their jobs last year due to a lack of career advancement opportunities, according to survey data from Adecco Vietnam.
— staffing industry

Vietnam to buy from US to ease tension
Vietnam has committed to purchasing US$3bn of US farm products, including fruit, in an attempt to head off potential tariff increases.
— Fruitnet

Senegal a potential market for Vietnamese rice
Việt Nam this year would have opportunities to continue increasing rice exports to Senegal, as well as Africa as a whole, due to high demand from those markets, the Việt Nam Trade Office in Algeria said.
— Viet Nam News

Retail sales, service revenues up in two months
Việt Nam’s total retail sales and service revenue rose 8.3 per cent year-on-year to over VNĐ863.9 trillion (US$37.4 billion) in the first two months of this year, according to the General Statistics Office (GSO).
— Viet Nam News

DGC’s exports see no big influence from Japan and Korea
Although it exports a large number of chemical products to Japan and the Republic of Korea, Duc Giang Chemical Group JSC (DGC) has not yet experience any negative changes from the two markets.
— Viet Nam News

Overlapped regulations key issue to SOE performances: State capital commission
Regulatory overlapping is the biggest problem at State-owned enterprises (SOEs) after having been handed over to the Commission for the Management of State Capital at Enterprises, officials have said.
— Viet Nam News

Steelmakers hit hard by virus outbreak
Vietnamese steelmakers were in need of State support to minimise the damage caused by the outbreak of the novel coronavirus (COVID-19), which could well reach a pandemic as dozens of countries reported new infections, said industry leaders and experts.
— Viet Nam News

Banks warn of rising fraudulent websites, stolen accounts
Banks have advised account owners to be vigilant as fraudulent activities, both online and offline, have been on the rise in recent times.
— Viet Nam News

New decree to better regulate ride-hailing firms
The Government’s new decree on automobile transportation is expected to help get the transportation market back on track, according to the Ministry of Transport.
— Viet Nam News