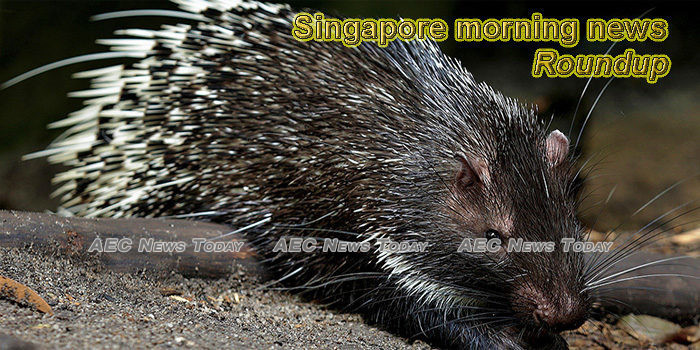 Singapore retail sales fall 5.3% in January due to drop in motor sales
SINGAPORE retail sales continued to weaken in January, down 5.3 per cent year-on-year as motor sales remained a major drag, according to Department of Statistics data on Thursday. This deepened from a 3.4 per cent fall in December.
— The Business Times

S$1b expansion of Singapore’s cycling path network to be brought forward
THE government will speed up the construction of cycling path networks across the island over the next decade under a new Islandwide Cycling Network programme.
— The Business Times

MSF: Eligible families to receive up to S$60 more subsidies for student care centres from July 1, 2020
To ensure that student care remains affordable, the Ministry for Social and Family Development (MSF) will be enhancing the Student Care Fee Assistance (SCFA) scheme.
— Mothership

MAS sees a spike in scam calls
THE Monetary Authority of Singapore (MAS) has noticed a spike in fraudulent calls impersonating the regulator, following reports from almost 100 members of the public on Thursday alone.
— The Business Times

Asian Development Bank opens office in Singapore to expand strategic collaboration
The Asian Development Bank (ADB) has opened an office in Singapore, in a move that will deepen collaborative efforts on some of the most pressing development challenges facing Asia and the Pacific, the Ministry of Finance said in a press release on Thursday (Mar 5).
— Channel NewsAsia (very annoying popups)

Commentary: SMEs welcomed support from Budget 2020. Of course they all would
Since the Singapore economy is largely dependent on small enterprises it is necessary to shore them up, says Nicholas Sim.
— Channel NewsAsia (very annoying popups)

MOH to introduce free vaccinations for Singaporean children at polyclinics and CHAS GP clinics
Singaporean children under the age of 18 will be eligible for free vaccinations at all polyclinics and Community Health Assist Scheme (CHAS) general practitioner (GP) clinics by the end of 2020, Senior Parliamentary Secretary at the Ministry of Health Amrin Amin announced on Thursday …
— Channel NewsAsia (very annoying popups)

Patients with complex chronic conditions to get higher annual MediSave withdrawal limit
From January next year, patients with complex chronic conditions will be eligible to withdraw up to S$700 from their MediSave account each year to help reduce their out-of-pocket expenses, the Ministry of Health (MOH) said on Thursday (Mar 5).
— Channel NewsAsia (very annoying popups)

Healthcare spending on the rise because of higher utilisation, rising manpower costs: Gan Kim Yong
Singapore’s healthcare expenditure is set to continue to increase, largely due to the development of new facilities and the cost of running them, Health Minister Gan Kim Yong said in Parliament on Thursday (Mar 5).
— Channel NewsAsia (very annoying popups)

Online portal to be set up to provide early support to couples considering divorce
An online portal will be set up to make it easier for couples considering divorce to gain access to marriage counselling as well as information on issues such as housing and finance, announced Minister for Social and Family Development Desmond Lee on Thursday (Mar 5).
— Channel NewsAsia (very annoying popups)

S$80,000 worth of illegal cough syrup, other medicine seized
Thousands of dollars worth of codeine cough syrup and other medication was seized by the authorities on Tuesday (Mar 3), as part of a multi-agency operation into the illegal supply of medication.
— Channel NewsAsia (very annoying popups)

‘If this goes on, I might quit’: Mall tenants want rental rebates soon to counter COVID-19 hit
Since the outbreak of COVID-19 in Singapore, business has slowed so much for one retailer at Bugis Junction that there were days when only one sale was made.
— Channel NewsAsia (very annoying popups)

Skechers S’pore having 1-for-1 promotion on selected footwear till Apr. 5, 2020
This promotion is only available at selected concept and outlet stores.
— Mothership

Singapore morning news for May 13