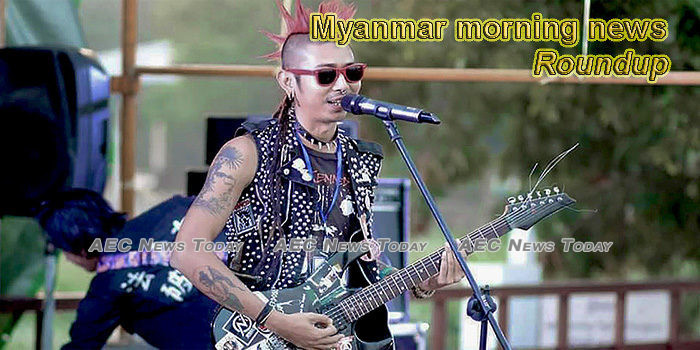 Fisheries exports not as badly hit as agriculture by virus
Although exports of marine products to China have declined slightly so far this year due to the COVID-19 outbreak sweeping the world, some 4,000 tonnes of goods were still sent overseas over the last week, a senior fisheries official says.
— Myanmar Times

Democracy is sliding away in Myanmar, warns top rights investigator
Two-and-a-half years after hundreds of thousands of mainly Muslim ethnic Rohingya fled a campaign of State-led violence, Yanghee Lee said it was no longer enough for the international community to simply monitor grave abuses happening there.
— UN News

Muse’s melon exports severely hit by virus outbreak
The global COVID-19 epidemic has resulted in the worst financial loss in history for Myanmar’s melon export through Muse, with growers anxious the situation will not improve after the Thingyan holidays.
— Myanmar Times

Myanmar’s army blocks constitutional reforms
As the shouting slalomed around the chamber, Myanmar’s parliamentarians stiffened in shock. They had only just begun debating a number of proposed amendments to the constitution, and tempers were already fraying.
— Economist

Banking on a cashless future
In a joint statement after President U Win Myint’s meeting with Indian Prime Minister Narendra Modi on February 27, a digital payment channel was set up using India’s RuPay card scheme in Myanmar.
— Myanmar Times

Covid-19: India cancels almost all visas, closes Myanmar border
India said on Wednesday (March 11) it will suspend the vast majority of visas to the country in a wide-reaching attempt to prevent the spread of coronavirus, as cases across the region continued to rise.
— The Star Online

Myanmar to roll out advance in kidney-matching
The National Health Laboratory (NHL) in Yangon Region will introduce a better way to match kidney donors and patients across the country over the next year, a senior laboratory official said.
— Myanmar Times

Denmark to help reforestation efforts in Myanmar
The Danish government has agreed to help fund a reforestation programme established by the Burmese government, according to Myanmar Times.
— ScandAsia

Returning to Scene of 2003 Massacre, Daw Aung San Suu Kyi Focuses on Present
Myanmar’s State Counselor on Wednesday returned to Depayin Township, where pro-junta thugs killed scores of her followers in 2003, but did not raise the incident.
— Irrawaddy

Myanmar Military Chief Retains Special Powers as NLD Charter Reforms Stymied
The commander-in-chief will continue to hold the right to exercise sweeping powers in states of emergency as the military blocks Myanmar’s push to reform its Constitution.
— Irrawaddy

Landmine Kills Two Shan Civilians in Northern Myanmar
A landmine has killed two Shan villagers and wounded another near Kyaukme, where two rebel armies and government forces are clashing.
— Irrawaddy

As Myanmar Charter Change Fails, a Good Time to Remember U Win Tin
For decades, U Win Tin bravely defied the military; it’s only fitting that we mark his 90th birthday just as the army thwarts his party’s bid to demilitarize politics.
— Irrawaddy

Former MPs to seek UN help in nullifying Myanmar’s 2008 Constitution
A group of former legislators will submit a petition to the United Nations asking it to nullify Myanmar’s military-backed 2008 Constitution, as the bid to amend the charter heads for defeat in parliament.
— Myanmar Times

Myanmar Court Sentences Man to Five Years in Prison Under Colonial Sodomy Law
The owner of a Yangon restaurant was sentenced to 5 years in prison for sexually abusing a waiter under a colonial-era law used to criminalize homosexuality.
— Irrawaddy

Myanmar: factory inspections to combat bogus closures?
The Confederation of Trade Unions of Myanmar has called on the government to establish a team to monitor factories before they close, as it’s suspected some sites are using the excuse of material shortages to temporarily shutdown and evade labour disputes.
— Ecotextile

U Win Tin’s Lasting Legacy
Today would have been the 90th birthday of the late democracy activist and political prisoner U Win Tin. The Irrawaddy revisits an article from 2014 examining his legacy.
— Irrawaddy

Myanmar Morning News For May 9