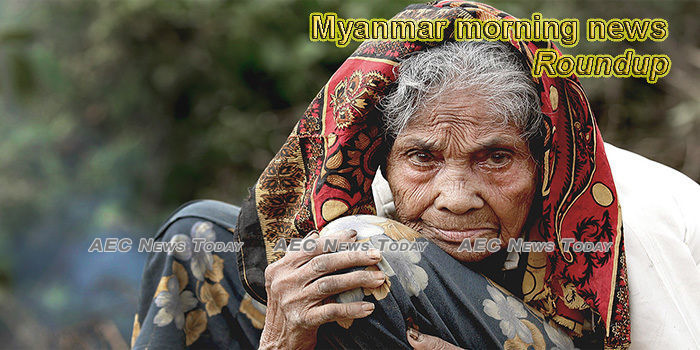 Myanmar to probe controversial China backed-city project
The government of Myanmar has set up a tribunal to probe the construction of a mega city project being undertaken by Chinese support in the Karen state about 15 km north of Myawaddy.
— DDI News

Timber extraction to reduce by 90,000 tonnes in next FY
Myanma Timber Enterprise (MTE) will extract 8,000 tonnes of teak and 200,000 tonnes of hardwood in 2020-2021 fiscal year, a reduction of about 90,000 tonnes of timber compared to that of last FY, said an official from MTE.
— The Global New Light of Myanmar

China, Myanmar seek to smoothen border trade flows
Negotiations should be held to reduce delays in the flow of goods between China and Myanmar caused by limitations at the Muse Border Trade Area, says a senior Myanmar official.
— Myanmar Times

Illegal returnees and those who assist them will be punished
On June 10, 2020, the National Central Committee for Prevention, Control and Treatment of Coronavirus Disease 2019 (COVID-19) announced that migrant workers who returned to Myanmar via unsanctioned routes will face punishment under the law. This directive includes anyone who assisted the returnees.
— BNI Online

Myanmar Political Prisoners Get No Love From Aung San Suu Kyi Four Years On
Satirical performers imprisoned for mocking the powerful military have just had another year added to their jail time in Myanmar, deep into what was meant to be a historic transition to democratic rule.
— Radio Free Asia

Myanmar solar tender conditions knock out foreign bidders
Myanmar has effectively excluded potential foreign bidders from a major solar farm tender by imposing tough conditions, including a refusal to accept online submissions even while a COVID-19 ban on international flights has been extended.
— Myanmar Times

Myanmar’s uncertain reopening
As many of the world’s nations prepare to get life back on track after the first brutal wave of the pandemic COVID-19, the developing nation of Myanmar is preparing to do the same.
— Inquirer.net

ASEAN Summit: A chance to engage on the Rohingya crisis
On 26 June, leaders of the Association of Southeast Asian Nations (ASEAN) will meet virtually for their 36th semi-annual summit.
— Lowy Institute

Drivers of unlicensed vehicles to face jail time
Anyone caught driving an unlicensed vehicle will now face up to three years imprisonment, according to the newly enacted Road Safety and Vehicle Management Law.
— Myanmar Times

Lethwei set to grow overseas next year
Myanmar’s combat sport of lethwei is set to gain a wider audience overseas beginning later this year says the local promoter of the sport.
— Myanmar Times

UNGC holds summit online to mark 20th annivesary
With the supervision of United Nations Global Compact (UNGC), the 20th Anniversary of UN Global Compact Leader’s Summit was held by means of virtual format on 15 and 16 June.
— The Global New Light of Myanmar

Rural headmasters dispute student-teacher ratio claim in Myanmar
Primary school headmasters have rejected Education Minister U Myo Thein Gyi’s claim that there is one teacher for every 22 students in Myanmar.
— Myanmar Times

Bean to cup – a filmmaker’s view of Myanmar
Editing your experiences and favourite moments down to a mere three-and-a-half minutes is no easy feat. Especially when a project grows closer to your heart with every single scene captured. But here are my experiences of doing just that, in this amazing country called Myanmar.
— Myanmar Times

All NLD Members of Mandalay Cabinet to Run in Myanmar’s General Election: Minister
A member of the Mandalay cabinet said all of the regional ministers from the ruling National League for Democracy plan to run in this year’s general election.
— Irrawaddy

In photos: Yangon’s new normal
After two months of semi-lockdown, the commercial capital is bouncing back to the new normal of life with the coronavirus.
— Frontier Myanmar

New Suzuki Ciaz comes to Myanmar
The Suzuki Motor Company introduced their new Ciza to the Myanmar market this week, showing off the 5-seat sedan at selected showrooms across the country.
— Myanmar Times

Express bus accident kills 3, injures 13 in eastern Myanmar
Three passengers were killed with 13 others injured in an express bus accident in Myanmar’s Shan state on Wednesday, said a release from the Fire Services Department.
— Xinhua

Quarantined Returnees Jailed for Being Drunk and Disorderly in Myanmar
Three men at a quarantine center in Ayeyarwady Region were deemed overly raucous and have been jailed for three months.
— Irrawaddy