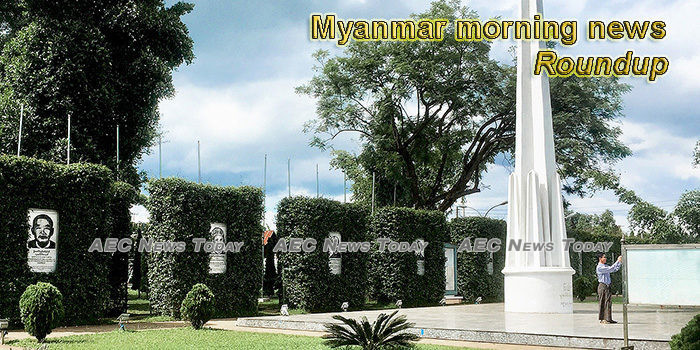 Myanmar manufacturers counter worker wage demands
Garment manufacturers in Myanmar have completed factory surveys of their own as they look to stifle worker attempts to secure a substantial increase to the country’s minimum wage which is reviewed on a biennial basis.
— Ecotextile

Minister launches survey in Kayin as govt prepares to close IDP camps
The Social Welfare, Relief and Resettlement Ministry has begun conducting a survey of camps for internally displaced people in Kayin State to prepare for their closure.
— Myanmar Times

Myanmar cardinal calls for prayers to Mary to contain virus
Cardinal Charles Maung Bo of Yangon, president of the Federation of Asian Bishops’ Conferences, has appealed to bishops in Asia to entrust all victims of the coronavirus and people across the globe to Our Lady of Lourdes.
— UCA News

More Myanmar migrant workers go home due to virus fears
Due to the spread of the deadly coronavirus in Wuhan, China, there are low inflows and outflows of people at Muse border gate on Myanmar-China. Around 10,000 people continue to return to Myanmar a day.
— Eleven Myanmar

Military MPs Oppose Merging Myanmar Charter-Change Proposals
Military-appointed MPs in Parliament object to a committee’s plan to have their charter-change proposals debated together with those submitted by the ruling party.
— Irrawaddy

Certificates presented for completion of renewables energy courses
Certificates were conferred to the trainees who completed renewable energy courses conducted under the MoU between the Ministry of Electricity and Energy and the Embassy of Denmark in Yangon with the support of the World Wide Fund-Myanmar.
— The Global New Light of Myanmar

Study-tour of diplomats & families continues in Myeik Archipelago
A diplomatic delegation led by Union Minister U Kyaw Tin of the Ministry of International Cooperation continued, in a speed launch, their study tour of islands around the Myeik Archipelago yesterday.
— The Global New Light of Myanmar

On Thai Buddhist Holy Day, Gunman’s Carnage Shatters Temple Peace
A temple was one of the first scenes of carnage as a disgruntled Thai soldier shot 29 people to death in the town of Nakhon Ratchasima on Saturday.
— Irrawaddy

IPRD conducts capacity building course
Deputy Minister for Information U Aung Hla Tun delivered a speech at the opening ceremony of capacity-building training course (2/2020) conducted by the Information and Public Relations Department at its office in Yangon yesterday morning.
— The Global New Light of Myanmar

Local Woman Who Worked for US, Myanmar Operators of Cannabis Farm Is Freed
A Mandalay court has freed a local employee after 10 months in jail in a cannabis plantation case. Her employer said it had official permission to grow the drug.
— Irrawaddy

Rakhine issues ultimatum against illegal IDP camp
A senior Rakhine State official issued an ultimatum on Sunday to a refugee camp for operating in a conflict zone without government permission.
— Myanmar Times

Toyota joins in campaign to save Myanmar’s wildlife
Toyota Motor Corp will help Myanmar’s campaign to protect and conserve wildlife by providing a vehicle to a local environmental group working to preserve endangered species in the country.
— Myanmar Times

Myanmar Maid Quarantined in Yangon After Boss in Singapore Infected With Coronavirus
A Myanmar domestic worker, who returned from Singapore and her coronavirus-infected employer, is being held in isolation at Yangon’s Waibargi Hospital.
— Irrawaddy

U Shwe Yoe and Daw Moe – Myanmar’s comedic dance duo
When a lively traditional musical troupe plays, one that includes the bamboo clapper, oboe, flute, drum and cymbal, you may also notice a bushy moustached man. He will be accompanied on stage by a beautiful young lady wearing a long necklace and baggy trousers, dancing suggestively.
— Myanmar Times

British Troops’ Bloodiest Crackdown on Anti-Colonial Protestors in Myanmar
On this day in 1939, colonial troops in British Burma launched their deadliest crackdown on anti-colonial protestors when they fired on unarmed crowds in Mandalay, killing 17.
— Irrawaddy

This week’s Myanmar morning news feature photo focus on the signing of the Panglong Agreement, February 12, 1947.