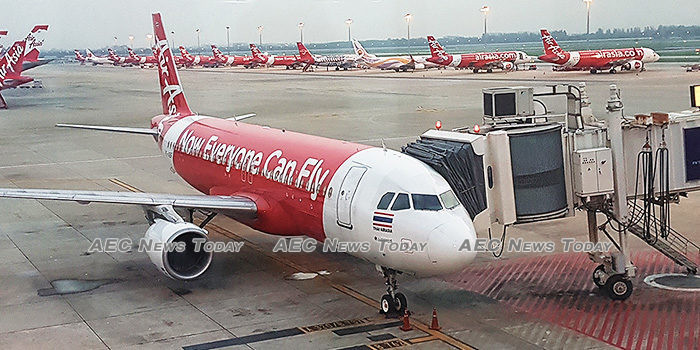 The future of civil aviation across Asean and the wider Asia Pacific region looks grim as airline after airline ground their fleets, the industry facing its biggest crisis in decades.

Following the suspension of all international flights a week earlier, Thai AirAsia last Friday announced it was cancelling all domestic flights for the month of April in compliance with the Emergency Decree, invoked to contain COVID-19 outbreak.

Mr Bijleveld told local media that 10 of Thai AirAsia’s 63 aircraft are currently in use, but next month (April) the entire fleet will be ‘hibernated’, adding “this is an unprecedented crisis. We need support to let us get through at least six months.”

This comes in the wake of an appeal by the International Air Transport Association (IATA) last week urging emergency support for airlines, claiming the industry faces an $88-billion revenue loss in the region due to the COVID-19 pandemic.

Writing to the heads of government of 18 Asia-Pacific countries, including Thailand, Malaysia, the Philippines, and Vietnam, IATA estimated that the Covid-19 outbreak will reduce passenger demand in Asia-Pacific by 37 per cent this year from 2019.

“For airlines, it’s apocalypse now. And there is a small and shrinking window for governments to provide a lifeline of financial support to prevent a liquidity crisis from shuttering the industry”, said IATA’s director general and CEO, Alexandre de Juniac.

“We need them to understand that without urgent relief many airlines will not be around to lead the recovery stage. Failure to act now will make this crisis longer and more painful”, he added.

For Thailand’s loss-making national flag carrier, Thai Airways International (THAI),  a government bailout is its only likely saviour. With 69 of its 82 aircraft grounded and almost all of its international routes suspended, its workforce of 20,000 remains at work.

While not revealing any details, deputy prime minister Somkid Jatusripitak, said on Monday that the government is ready to help the airline, insisting that it won’t lay off any employees. The government is waiting to see a plan for when the COVID-19 outbreak is over and services can resume, he said.

According to deputy transport minister Thaworn Senniam, the plan could see the national carrier reducing its fleet size. In 2009 THAI lost Bt12.2 billion (S$372 mln), up from a Bt11.6 bln ($354.5 mln) loss a year earlier.

The Malaysian government is similarly considering options to aid airlines affected by the COVID-19 pandemic. According to reports, it is likely to set up an investment vehicle to take over debt from the country’s top two carriers — Malaysia Airlines and the AirAsia Group — though more radical alternatives, such as merging the two airlines has also been suggested.

In the Philippines, meanwhile, airlines are seeking urgent assistance from the government in the form of credit schemes, as well as assurance of support for loans with private banks.

Local carriers Philippine Airlines (PAL), Cebu Pacific Air, and AirAsia Philippines have all been severely affected by COVID-19, cancelling local and international flights. PAL have laid-off 300 ground-based administrative and management personnel, while more than 150 cabin crew members have been stood down at Cebu Pacific.

As other countries attempt to formulate stimulus and rescue plans the Singapore government is leaving no stone unturned to stifle impacts from the COVID-19 pandemic.

On March 26 it unveiled a raft of measures to help aviation and other sectors claw their way through the damage of the outbreak.

According to IATA, Singapore has undertaken relief measures valued at S$112 million (US$79 mln) including rebates on airport charges, assistance to ground handling agents, and rental rebates at Changi Airport.

With some countries only just beginning a lock-down period, and others yet to implement one, any talk of a ‘recovery’ would appear extremely premature, with the future of civil aviation dependent entirely on how successful, or not, individual countries are at stopping the spread of COVID-19.

If the SARS-CoV-2 virus that causes COVID-19 continues to claim lives as the current rate it is doubtful anyone will want to get on any commercial flight for some time, unless it is an evacuation flight back to their home country.