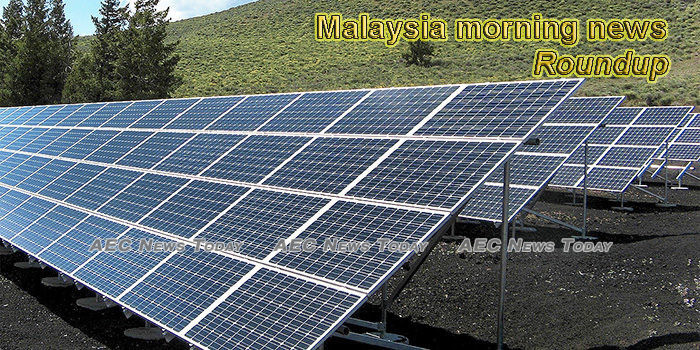 AirAsia, Malaysia Airlines cancel flights to Manila over volcanic eruption
AirAsia and Malaysia Airlines today announced the cancellation of flights between Kuala Lumpur and Manila following the eruption of a volcano in the Philippines yesterday.
— Malay Mail

RM7m for dredging project at Malacca Marina jetty: CM
The federal government disbursed funding of about RM7 million for the deepening and maintenance of the coastal seabed project at the Malacca Marina port jetty which has restarted operations in October last year.
— The Sun Daily

Malaysian Police Admits Failure in Bringing Jho Low Back in 2019
Malaysian police failed to meet a goal of returning fugitive businessman Jho Low, the alleged mastermind behind the 1MDB scandal, to the country by the end of 2019, saying certain parties have obstructed the process.
— Bloomberg

So, what do Malaysians buy the most of online? Here’s a look at 2019’s top trends
Shopping, a favourite lifestyle past-time, is different today compared to a decade ago following the rise of e-commerce.
— Malay Mail

Sugar canes selling fast ahead of Ponggal in Penang
With Ponggal – the Tamil harvest festival – falling on Tuesday (Jan 14), K. Nandarajan’s stall is stacked up with stalks of sugar canes.
— The Star Online

Cabinet to discuss PLUS takeover bid this Wednesday: Guan Eng
The Cabinet will discuss the proposed takeover of PLUS Malaysia Bhd and four Gamuda Bhd’s highways in Klang Valley during its meeting this Wednesday, Finance Minister Lim Guan Eng (pix) said today.
— The Sun Daily

Maxis, Huawei to explore, collaborate on Techcity programme in KL
Maxis and Huawei Technologies Malaysia has recently inked a Memorandum of Understanding (MoU) to explore and collaborate on a TechCity Program in Kuala Lumpur.
— The Sun Daily

MMEA seizes RM2.5 mln worth of syabu in Tawau
The Malaysian Maritime Enforcement Agency (MMEA) has seized 17 kilogrammes (kg) of drugs believed to be syabu at Batu Payung beach, here, on Saturday.
— The Borneo Post

Transitioning to a reliable and clean energy system
Part Four of Four of The Borneo Post’s special series celebrating the third anniversary of Datuk Patinggi Abang Johari Tun Openg as Sarawak’s sixth Chief Minister Maybe one day, we will be producing hydrogen to the world, especially if producing hydrogen in Sarawak is comparatively cheaper against our peers.
— The Borneo Post

Most gig workers okay with salary deductions for protection, survey shows
Over half of Malaysia’s 250,000 gig workers treat their jobs as full-time work despite a majority earning less than RM3,000 a month.
— FMT News

Malaysia highway accident kills 1; Japanese shuttler Kento Momota among 4 others injured
Badminton world number one Kento Momota was injured in a pre-dawn vehicle collision in Malaysia on Monday (Jan 13), just hours after he secured his first victory of the season at the Malaysia Masters.
— CNA

1MDB auditor claims Ali Hamsa instructed not to print audit report without Najib’s nod
Then chief secretary to the government Tan Sri Ali Hamsa had given instructions in 2016 to withhold the printing of the amended version of the final audit report on 1Malaysia Development Berhad (1MDB) until then prime.
— Malay Mail

Traders in Pasir Pimping want better infrastructure
The Pasir Pimping beach which boasts calm, serene and beautiful stretch of white sandy beach with crystal clear blue waters, is among the hidden gems of Sabah which has the potential to become a major tourist destination and to help boost the local economy.
— The Sun Daily

Badminton world No. 1 Kento Momota, three others injured in MEX highway crash, van driver killed
A driver was killed while top Japanese shuttler Kento Momota was injured when the van carrying him and three other players rammed into a 30-tonne lorry along the Maju Expressway (MEX) this morning.
— Malay Mail

Sabah Temporary Pass becomes hot topic for Kimanis by-election
Refugees and economic migrants from neighbouring countries have become a hot issue in the Kimanis by-election campaign.At the centre of the controversy is a plan to issue a new permit – officially called the Sabah Temporary Pass (or PSS for Pas Sementara Sabah) – to enable them to continue living in the state.
— The Sun Daily