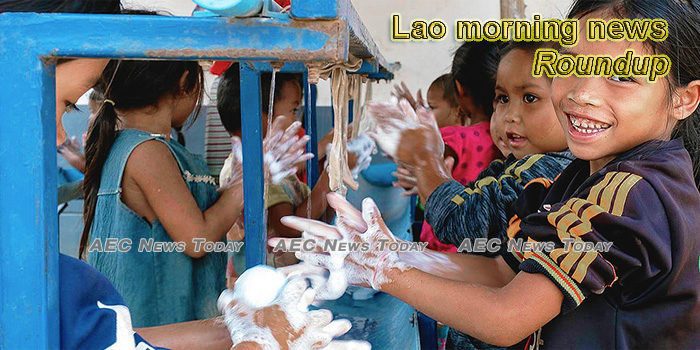 Avoid hiring foreign workers from outbreak areas: labour ministry
Authorities have advised employers in Laos should avoid hiring new foreign nationals from areas or cities where the coronavirus has been reported.
— ANN/Vientiane Times

New Dam Planned in Same District as Xe Pian Xe Namnoi Collapse in Southern Laos
A new dam is set to go up in southern Laos, in the district where two years ago a major dam collapse caused a flood that was described as the country’s worst in decades.
— RFA

U.S. Announces Additional US$ 2 Million to Support COVID-19 Response in Lao PDR
U.S. Ambassador Peter M. Haymond announced additional funding of nearly US$2 million from the United States in support of the Lao PDR in response to the global spread of the novel coronavirus disease COVID-19.”
— KPL

UNICEF provides essential supplies for Covid-19 response
UNICEF has given personal protective equipment to the Ministry of Health to support the country’s response and preparedness for Covid-19.
— Vientiane Times (paywall)

Authorities dismiss rumour of 13 deaths in Saravan as ‘fake news’
A rumour circulating on social media, which falsely suggested that 13 people in Saravan province had died, is fake news, authorities in the southern province have confirmed.
— ANN/Vientiane Times