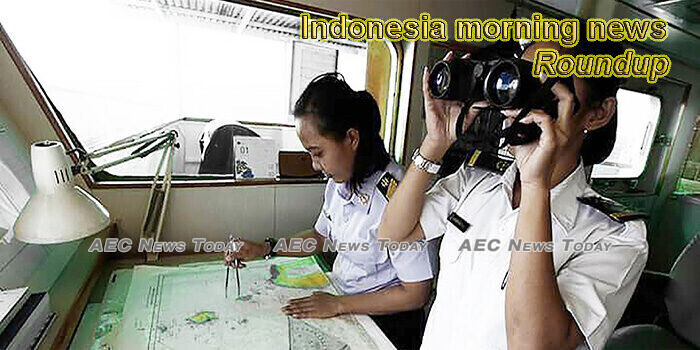 Indonesia reports 1,113 newly-confirmed COVID-19 cases, 38 new deaths
COVID-19 cases in Indonesia rose by 1,113 within one day to 49,009, with the death toll adding by 38 to 2,573, Achmad Yurianto, a health ministry official, said at a press conference here on Wednesday.
— Xinhua

Social taboos hinder Indonesia’s fight against COVID-19
Indonesian authorities complained on Wednesday (Jun 24) that hundreds of people had refused testing for COVID-19 as social taboos emerge as another obstacle to stopping its spread in the world’s fourth-most populous nation.
— CNA

Police map out potential security, public order issues in 2021
Indonesia’s National Police have mapped out security and public order issues to potentially encumber the nation in 2021, including those linked to the socio-economic impacts of the ongoing global novel coronavirus disease (COVID-19) pandemic.
— Antara News

Indonesia to place funds in state banks to support economy
Indonesia’s finance minister said on Wednesday the government will shift 30 trillion rupiah (S$2.96 billion) from its account at the central bank to four state banks so they can use the funds to expand lending and support the economy.
— The Business Times

Helicopter pressed into service to locate missing fishermen
The National Disaster Mitigation Agency (BNPB) has deployed a helicopter to search for three fishermen who went missing after their boat capsized near Gosong Gadang Island in Padang, West Sumatra on Sunday.
— Antara News

Yogyakarta Destinations to Open in July as ‘New Normal’ Nears
The Head of Yogyakarta’s tourism board, Singgih Rahardjo, announced on Tuesday that 10 tourist destinations in the special region will be opened for the public on July 1 as the region is ready to embrace the ‘new normal’ phase.
— Tempo.co

Islamists Protest Against ‘Pro-Communist’ Pancasila Bill
Islamist groups, including the National Anti-Communist Alliance (Anak NKRI), the Islamic Defenders Front (FPI) and the 212 Alumni Brotherhood (PA 212), brought hundreds of protesters to the streets in front of the House of Representatives (MPR) in Senayan, South Jakarta, on Wednesday, to try to get lawmakers to drop the so-called “Pancasila Ideology Guidelines” bill.
— Jakarta Globe

Jokowi Claims COVID-19 Policies are Based on Scientific Data
President Joko “Jokowi” Widodo on Wednesday claims that the government’s decision to progress into the COVID-19 ‘new normal’ is heavily based on valid experts’ advice and scientific data.
— Tempo.co

‘Not a waste of money’: Minister defends Rp 168b ‘new normal’ video contest
Home Minister Tito Karnavian has responded to public criticism of a video contest run by the ministry to promote the so-called new normal, saying the initiative costing Rp 168 billion (US$11.8 million) sourced from the state budget was not a waste of money.
— The Jakarta Post

COVID-19 volunteers launch ‘alertness index’ for cities, regencies
Volunteers for crowdsourced database KawalCOVID-19 (Guard against COVID-19) have introduced an “alertness index” that shows specific data on COVID-19 cases in every city and regency in the country, amid the absence of comprehensive data from the government.
— The Jakarta Post

Indonesia looks to sign RCEP this year to support economic recovery
Indonesia and 14 other negotiating countries agreed Tuesday to sign the Regional Comprehensive Economic Partnership (RCEP) this year to help their economies recover from the pandemic-induced downturn.
— The Jakarta Post

Government won’t sell zero-coupon bonds to Bank Indonesia: Sri Mulyani
The government has stated it will not sell sovereign debt papers with a zero coupon rate to Bank Indonesia (BI) as part of its efforts to close the widening state budget deficit despite pressure from lawmakers to do so.
— The Jakarta Post

Tjahjo Kumolo Explains Generals’ Promotion to be BNPB Deputies
The Minister of Administrative and Bureaucratic Reform Tjahjo Kumolo on Tuesday explained that the suggestion to promote major generals to fill the deputy positions in the National Disaster Mitigation Agency (BNPB) is because both the National Police (Polri) and the Indonesian national armed forces (TNI) have always been closely involved in disaster mitigations.
— Tempo.co

AIIB projects gradual economic recovery for Indonesia as virus causes ‘temporary dip’
The Asian Infrastructure Investment Bank (AIIB), a China-backed multilateral development bank, projects a gradual economic recovery for Indonesia as the coronavirus crisis will only be a “temporary dip” for the country’s economy.
— The Jakarta Post

Chinese Workers Arrive; Ambassador Vows Technology Transfer
The Chinese Embassy in Jakarta ensured that it would comply with the Indonesian regulations regarding the arrival of foreign workers, including those working in Konawe, Southeast Sulawesi.
— Tempo.co

Jakarta Sets Up 32 Alternatives to Replace Sudirman-Thamrin CFD
The Jakarta provincial administration has prepared 32 locations for the car-free day (CFD) event that will be opened starting Sunday, June 28, 2020, as the alternative for the weekly event on Jalan Sudirman-Thamrin that has been closed again temporarily.
— Tempo.co

Domestic innovation spurs West Java’s COVID-19 response
West Java — Indonesia’s most populous province — has seen a declining trend of daily new cases of COVID-19 in the past few weeks, thanks to collaborative efforts of many stakeholders in introducing innovation to fight the pandemic, a top official has said.
— The Jakarta Post

John Kei’s Man Turns Self in to Police
Semuel Rahanbinan a.k.a. Teco, one of John Kei’s men, turned himself in on Wednesday afternoon, June 24.
— Tempo.co

Government places $2.12b in state-owned banks to accelerate economic recovery
The government announced on Wednesday that it would place Rp 30 trillion (US$2.12 billion) in state-owned banks, associated under the auspices of Himbara, to be channeled as loans to businesses to help support economic recovery amid the COVID-19 pandemic.
— The Jakarta Post

Stop confusing freedom of expression with treason in Papua: Activists
Human rights activists have slammed the government for what they deem the misuse of treason charges to prosecute Papuans, thereby threatening their freedom of speech and right to assembly.
— The Jakarta Post