COVID-19 in Asean: update for May 3 — slow path home with 71% of all Asean cases still active 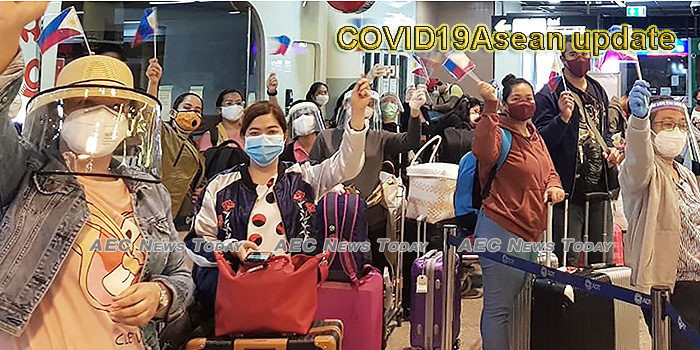 Indonesia yesterday recorded the most number of deaths in a 24-hour period in the region with 31 fatalities there pushing COVID-19 deaths to 831. Active cases rose to 8,347 with the addition of 292 new infections. Following successful treatment and negative tests 74 people were sent home.

In the Philippines 24 people succumbed to the SARS-CoV-2 virus yesterday to bring fatalities there to 603, while 156 new cases saw active infections increase to 7,201. Following treatment 40 people were discharged.

Singapore yesterday recorded its 17th death after one person succumbed to COVID-19, while 447 new cases saw active infections climb to 16,184, of which 24 are regarded as serious or critical. Following treatment 79 people went home.

In Malaysia the active caseload fell to 1,747 yesterday, 31 of which are classified as serious or critical, on the back of 105 fresh cases and 156 discharges.

In Thailand six fresh cases and 13 discharges saw the active caseload there continue to fall, dropping to 180, though 61 people remain classified as serious or critical.

There were no other new SARS-CoV-2 infections reported elsewhere throughout Asean yesterday. In Myanmar six discharges saw active infections there fall to 108, while in Brunei the number of active COVID-19 cases fell to 11, two of which are classified as serious or critical, after two people went home.

Cambodia saw its active caseload fall to two, of which one remains serious or critical, following one discharge, while in Lao PDR one discharge saw active cases fall to 10. The situation remain unchanged in Vietnam.

Since the first Asean case was identified in Thailand on January 12 there has been 47,161 confirmed cases of COVID-19 recorded in Asean member countries with 11,705 people, or about 24.82 per cent of all infections, having been treated and discharged.

In the past 24-hours the number of COVID-19 ‘survivors’ throughout Asean increased 2.92 per cent, while deaths increased 3.59 per cent.

There has been 1,615 deaths attributed to COVID-19 in Asean member countries, representing a case mortality rate (CMR) based on completed cases (number of discharged + number of dead) of 12.12 per cent. Based on the total number of infections the CMR is 3.42 per cent.

As of today, May 3, some 71.76 per cent of all confirmed COVID-19 infections in Asean remain active.

China reported one new infection bringing the official case count there to 82,875, with 557 current active cases and 77,685 recovered patients. There has been 4,633 deaths from SARS-CoV-2 in China.

At the current rate there will be/ have been more than 4.7 million SARS-CoV-2 infections by the middle of May, with some 455,000 deaths.

Global COVID-19 overview up to May 3

Based on completed cases (number of discharged + number of dead), the current CMR is 18.08 per cent. On March 15 the CMR was eight per cent. As a percentage of total infections the CMR today is 7.05 per cent.