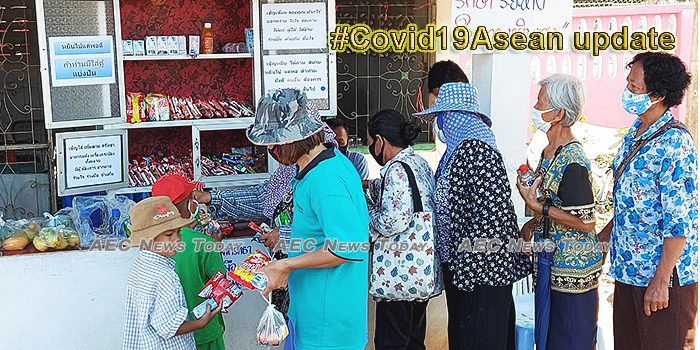 Indonesia yesterday again recorded the most number of deaths throughout the region with 21 fatalities taking the number of deaths there to 1,372, while 526 new infections pushed the active caseload to 15,495. After negative testing 153 people were discharged.

In the Philippines five fatalities pushed COVID-19 deaths there to 868, while 258 fresh infections saw the active caseload rise to 9,918, of which 81 are considered serious or critical. Following treatment 72 people went home.

In Singapore yesterday the number of active cases fell for a tenth consecutive day on the back of 548 new infections and 994 discharges to 16,717, of which eight are regarded as serious or critical. Yesterday (May 24) marked the first time in more than six weeks that Singapore has failed to identify a new cluster.

Malaysia yesterday recorded 60 fresh cases and 33 discharges to see the active caseload there rise to 1,185, of which nine are said to be serious or critical, while one new case in Vietnam saw active COVID-19 cases there rise to 58.

Two recoveries in Myanmar yesterday saw active infections there drop to 73, while Thailand yesterday discharged five people to see active cases fall to 63, with 61 people said to remain in a serious or critical condition.

In Brunei one person went home after recovery to see the active caseload there drop to three, while Cambodia and Lao PDR reported no change, the latter clocking up its 42nd day without a new infection.

Since the first Asean case of COVID-19 was identified in Thailand on January 12 there has been 79,019 confirmed cases recorded in Asean member countries with 33,055 people, or about 41.83 per cent, of all infections having been treated and discharged.

In the past 24-hours the number of COVID-19 ‘survivors’ throughout Asean increased 3.96 per cent DoD, while deaths increased 1.08 per cent.

There has been 2,441 deaths attributed to COVID-19 in Asean member countries, representing a case mortality rate (CMR) based on completed cases (number of discharged + number of dead) of 6.88 per cent. Based on the total number of infections the CMR is 3.09 per cent.

As of today, May 25, some 55.07 per cent of all confirmed COVID-19 infections throughout Asean remain active.

At the current rate there will be/ have been more than eight million SARS-CoV-2 infections by the middle of June, with some 414,000 deaths.

In the past seven days COVID-19 related illnesses have been blamed for the deaths of 29,914 people.

Global COVID-19 overview up to May 25