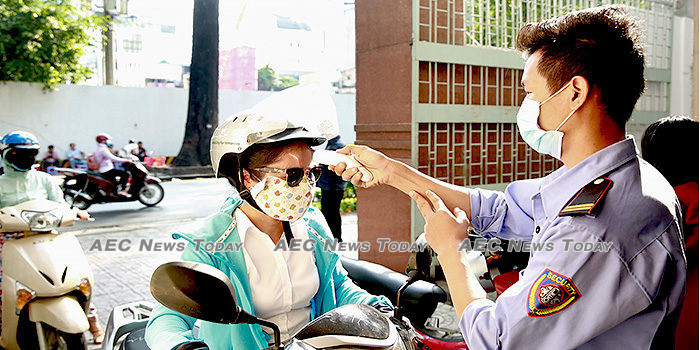 Three deaths in Thailand over the past 24 hours and 51 new cases saw the number of deaths there rise to 26, with 1,401 active cases, 23 of which are classified as serious or critical.

In Malaysia 131 new cases and one death saw the number of active cases there drop to 2,490, 102 of who are classified as serious or critical, while deaths rose to 62. Yesterday saw 236 people sent home after recovering.

In Singapore yesterday 66 new cases saw active COVID-19 infections there rise to 1,025, of which 25 are regarded as serious or critical, while 24 people were sent home from hospital.

Vietnam reported four new cases and five discharges to see its active caseload drop to 150, eight of whom are said to be serious or critical, while Laos PDR and Myanmar reported one fresh infection each to see active cases there increase to 12 in the former and 21 in the latter.

Brunei and Cambodia reported no new COVID-19 infections in the period, with nine patients in the former and three in the latter being discharged.

Since the first Asean case was identified in Thailand on January 12 there has been 14,067 confirmed cases of COVID-19 recorded in Asean member countries with 2,873 people, or about 20.42 per cent of all infections, having been treated and discharged.

There has been 468 COVID-19 deaths in Asean member countries, representing a case mortality rate based on completed cases (number of discharged + number of dead) of 14.00 per cent. As of today, April 7, some 76.25 per cent of all confirmed COVID-19 infections in Asean remain active.

Global COVID-19 cases up to April 7

Global COVID-19 overview up to April 7

Based on completed cases (number of discharged + number of dead), the current case mortality rate (CMR) is 21.14 per cent. On March 15 the CMR was eight per cent.