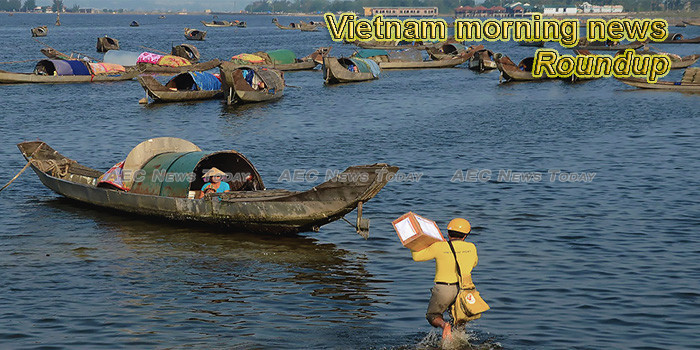 Moody’s puts Vietnam on notice after ‘delay in debt payment’
Moody’s has launched a review into what it calls “institutional deficiencies” in Vietnam after it became aware of delayed payments on a government debt obligation.
— Financial Times

Vietnam: Number of scrap containers stuck at ports reduced by half
As many as 10,102 scrap containers were held up at Vietnamese ports as of mid-September, a fall of 10,852 containers as compared to the end of 2018, according to the General Department of Vietnam Customs.
— Hellenic Shipping News

Vietnam’s cashew nut exports to China surge in nine months
Vietnam exported 42,199 tonnes of cashew nuts worth 327 million USD to China in the first eight months of 2019, up 60.8 percent in volume and 35.4 percent in value year-on-year, according to the Ministry of Industry and Trade.
— VietnamPlus

Alcohol and beer consumption is booming in Vietnam
This has attracted increased attention from investors, both locally and internationally, who are looking to tap into the sector.
— Vietnam Insider

Ring road with largest traffic volume in Hanoi inaugurated
The ring road has important implications for the capital’s transport, and contributes positively to reducing traffic congestion in the city.
— The Hanoitimes

Choke point: Vietnam skilled labor squeezed by Sino-U.S. trade war
A new front has opened in the U.S.-China trade war as companies shifting manufacturing to Vietnam engage in a fierce battle for skilled labor, aggravating an existing shortage and prompting calls for education reforms to address the problem.
— Financial Post

Bulgarian businesses are about to import workforce from Vietnam
The economic cooperation between Bulgaria and Vietnam can develop in food industry, agriculture, machine building and finance, Vasil Todorov from the Bulgarian Chamber of Commerce and Industry said.
— Vietnam Insider

By letting people drive innovation, Oil and Gas can help lead Vietnam’s Industry 4.0 future
The Oil and Gas sector has been at the leading edge of change in every industrial revolution to date.
— The Hanoitimes

Companies issue $7.7b worth of bonds in nine months
More than 150 enterprises have successfully issued bonds worth US$7.7 billion in the first nine months of this year.
— Viet Nam News

VN stocks up but caution remains ahead trade talks
Market trading liquidity was modest, pointing out that investors were quite cautious at the moment.
— Viet Nam News

Japan-Vietnam Defense Cooperation in the Headlines With Naval Consultations
A recent consultation highlighted some of the ongoing activity in the naval aspect of the bilateral defense relationship.
— The Diplomat

Vietnam’s Hanoi closes railway cafes popular with tourists
Vietnam’s 1902-built railway attracts crowds of tourists that want to snap selfies with passing trains or lounge at trackside cafes. But the government has given a deadline for all cafes to close down to secure public safety.
— TRT World

HCM City receives 3.8 billion USD in remittances
Remittance flows into Ho Chi Minh City in the first nine months of the year were estimated at around 3.8 billion USD, a year-on-year increase of 7 percent.
— VietnamPlus

Printing, packaging industries exhibition attracts over 375 companies
The Vietnam International Printing and Packaging Industry Exhibition (VietnamPrintPack) to be held in HCM City from October 16 to 19 will showcase the latest products and technologies used in the sectors globally.
— Viet Nam News

Vietnam to hit 2019 growth target early
Vietnam is on track to reach its 6.6-6.8 percent growth target this year. However, the country needs to remain cautious about external risks.
— VietnamPlus

PV DRILLING V: outstanding achievement of oil and gas industry
Võ Văn Phúc used to wake up at night and check his phone all the time, worried there may be a message indicating a problem at work. When your job in on board oil drilling rig operating off the coast of southern Việt Nam, those problems can be catastrophic.
— Viet Nam News

Vietnamese, Japanese firms partner to support Mozambique’s development
The Government of Vietnam welcomes and will facilitate the cooperation between Vietnamese and Japanese businesses in Mozambique to help with local development, a diplomat has said.
— NDO