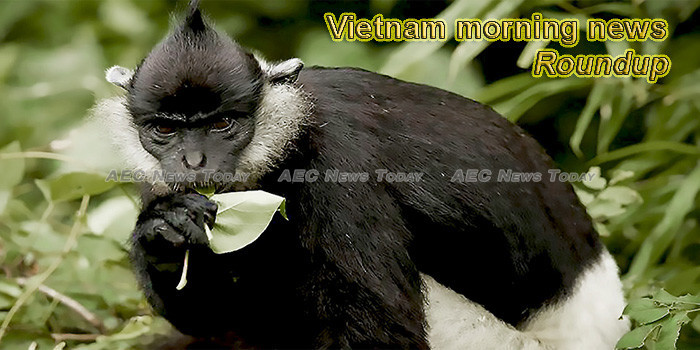 Vietnam seems to pick up more windfalls from US-China trade war
Vietnam is seizing an unprecedented opportunity arising from a wave of production and export orders as the trade row between China and the US diverts business to the Southeast Asian country, but looming concerns persist, entrepreneurs and experts told the Global Times.
— Global Times

US Imposes Duties on Vietnam Steel: ETFs in Focus
Though investors might be taking it easy on the resumption of trade talks, President Trump seems to be eyeing another trade war. This time, Vietnam seems to be in the line of fire.
— Yahoo News

New entrants smother Vietnam’s aviation market
The advent of new domestic carriers has posed headaches to the industry’s executives due to shortage of qualified pilots, technicians and flight attendants, according to Dau Tu newspaper.
— The Hanoitimes

New EU-Vietnam free trade deal threatens Thailand
Vietnam’s new trade deal with the EU is threatening Thailand’s trade and investment. The European Union-Vietnam Free Trade Agreement and the EU-Vietnam Investment Protection Agreement were signed on June 30 in Hanoi. Thailand has no free trade agreement with the EU so all Thai export products are subject to EU tariffs.
— The Thaiger

Binh Thuan province sees jump in seafood catch
The south-central province of Binh Thuan has caught and bred more than 100,000 tonnes of fish and other seafood products in the first half of the year, up 2.02 percent against the same period in 2018.
— VietnamPlus

Vietnam, France look towards stronger defence partnership
The first Vietnam-France defence cooperation and strategy dialogue has wrapped up successfully, contributing to the development of mutual understanding and creating a foundation for stronger defence ties.
— Sggp News

The coffee man with 100 stores
The Coffee House has already opened 100 stores in Vi?t Nam, the fastest growth rate among all coffee chains. Its founder, Nguy?n H?i Ninh, was included on the list of 30 under 30 by Forbes in 2017.
— Viet Nam News

Contest promotes tourism startup, innovation
The Vietnam Youth Union’s Supporting Centre for Youth’s Startup in collaboration with the Israeli Embassy in Vietnam organised the Startup Hunt contest from July 5 to August 29 to promote startup and innovation in tourism.
— NDO

Instagram FOMO could be why we have so many startups
Seeing many budding DIY entrepreneurs and popularity mongers on the social platform, one might have the illusion of being capable of starting something from scratch How many years has it been since Instagram became everyone’s favorite social media platform? I remember that it used to be a lousy filtered app that people were.
— e27

Cham Islands acts to eliminate plastic waste
The Cham Islands’ Marine Protected Area (MPA) management board, in cooperation with the International Union for Conservation of Nature (IUCN), has launched a new garbage sorting programme as part of efforts to reduce plastic waste in Vietnam.
— VietnamPlus

Vietnam Gambles on Workers’ Rights
In a desperate effort to tame rebellious workers, Vietnam is now building a collective bargaining regime. But empowering independent trade unions could backfire for the country’s authoritarian government — and allow workers to fight back against multinational capital.
— Jacobinmag

Vietnam included in Thai’s CP Foods US$1-billion investment plan
Vietnam is the third-biggest market for CP Foods, after Thailand and China.
— The Hanoitimes

Outbreaks of dengue infect over 70,800 people
The Ministry of Health said there were at least 70,800 dengue cases in the country by June.
— Sggp News

Hanoi ends garbage crisis
Hanoi Urban Environment Company has mobilized personnel to collect garbage in the city`s urban districts during the night of July 5 and free the downtown from piles of garbage.
— The Hanoitimes

Expansion of Central Group in Vietnam hits road bumps
A Vietnamese official said Thursday that Central Group will stop sourcing garments within the country for 15 days as some local suppliers had not met regulations and commitments agreed, in a move to clarify the Thai retail conglomerate’s actions over the last few days.
— Vietnam Insider

India investigates alleged steel dumping by Vietnam
India is investigating steel dumping allegations made against Vietnam and other countries by domestic producers.
— VnExpress

Vietnam wants to further boost legislative cooperation with China
The official visit of Chairwoman of the National Assembly (NA) Nguyen Thi Kim Ngan to China, starting July 8, demonstrates the importance that Vietnam attaches to the cooperation between the two countries’ legislative bodies.
— VietnamPlus