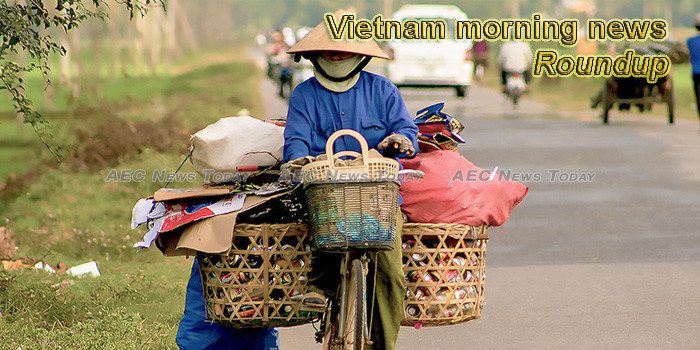 Ministry wants to reduce tax on locally made auto parts
The Ministry of Finance has asked the Government to amend its laws to eliminate the special consumption tax on locally manufactured auto parts and components, a move which could reduce prices of locally assembled cars.
— VietnamPlus

Vietnam fast becoming haute new market for luxe property
The 39-story development will house apartments, a hotel, restaurants and some of the most expensive real estate in the country. But instead of Central Park views, it’s located in Ho Chi Minh City’s District 1, better known as Saigon’s Wall Street.
— Business Times

Vietnam can be template for a US deal with North Korea
The dates, Feb. 27-28, and the venue, Hanoi, for a second summit between U.S. President Donald Trump and North Korean leader Kim Jong Un have been confirmed. But almost nothing else is clear. The agenda for the talks is unknown, and nobody, except sometimes Trump, seems to believe that Kim genuinely intends to abandon nuclear weapons.
— Nikkei Asia Review (paywall)

Plastic protective screen in taxi is legal: the Vietnam Register
After an image of a homemade plastic screen installed in a taxi was posted on social media, the Việt Nam Register confirmed that such modifications were legal. However, the screen must be inspected to ensure its safety to both drivers and passengers.
— Viet Nam News

Rice exporters face a tough year
A Government decree that sought to remove difficulties and legal barriers for rice businesses to boost their exports, which took effect last October, has not impacted rice exports as much as expected, according to exporters.
— Bizhub

Artist wins copyright row over characters in Vietnam’s longest-running comics after 12-year lawsuit
A Ho Chi Minh City court on Monday made a landmark decision to award an artist intellectual property rights over four fictional characters in an iconic series of Vietnamese children’s comics, putting an end to a high-profile lawsuit that had dragged on for 12 years.
— Vietnam Insider

OK for Direct US Flights Moves Vietnam Into Economic Fast Lane
The U.S. decision last week to permit Vietnam to fly its commercial aircraft directly to American airports is seen as a continuation of improving relations and follows other signs of international recognition for Hanoi.
— VOA

Germany aims to reset ties with Vietnam after kidnapping case
German Foreign Minister Heiko Maas said on Wednesday he would use a meeting with his Vietnamese counterpart to discuss resetting ties between the two countries after past differences over the kidnapping of a Vietnamese businessman in Berlin.
— Reuters

Ministry warns of increasing trade fraud via “made-in-VN” labelling
The Ministry of Industry and Trade’s Import – Export Department has recently warned of the increase in trade fraud through labeling products as “Made-in-Vietnam”.
— VNA NET

Ministry wants to reduce tax on locally made auto parts
The Ministry of Finance has asked the Government to amend its laws to eliminate the special consumption tax on locally manufactured auto parts and components, a move which could reduce prices of locally assembled cars.
— Viet Nam News

Hanoi ready to work with Russian firms in building e-Government: official
Hanoi is willing to cooperate with and learn from Russian enterprises’ experience in building an e-Government, said Chairman of the Hanoi People’s Committee Nguyen Duc Chung.
— VNA NET

10 years of unfinished key southern Vietnam expressway
Only 15 percent of the Trung Luong – My Thuan Expressway has been completed even though construction started in 2009.
— VnExpress

FTA helps fuel Vietnam-Russia trade growth
Trade between Vietnam and Russia was estimated at 4.57 billion USD in 2018, up 28.6 percent year on year, partly thanks to the enforcement of the free trade agreement (FTA) between Vietnam and the Eurasian Economic Union (EAEU).
— VNA NET

US remains largest export market of Dong Nai
The US is now the biggest importer of the southern province of Dong Nai, accounting for 25.7 percent of the locality’s total export turnover.
— VietnamPlus

Vietnam Takes Aim at Radio Free Asia
Vietnam is tightening controls on dissent and targeting journalists. When President Trump goes to Hanoi next week for a summit with his North Korean counterpart, he should raise with the host nation the fate of two Vietnamese journalists working for Radio Free Asia, the U.S. government-funded broadcaster I lead.
— Wall Street Journal

Argentine President welcomed in Vietnam
A ceremony was held in Hanoi on February 20 to welcome President of Argentina Mauricio Macri and his spouse, who are paying a State visit to Vietnam from February 19-21 to deepen the ties between the two countries.
— VNA NET