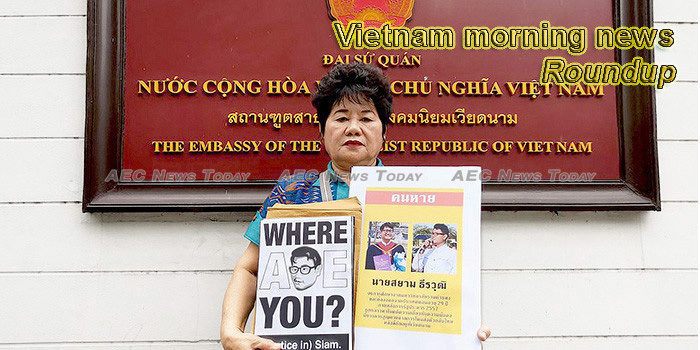 ‘Work and holiday maker’ visa program for Vietnamese expanded
Australia has expanded the number of Work and Holiday Maker visa places available to young Vietnamese people, upping our annual intake from 200 to 1,500 a year. Work and Holiday visa holders who work in cropping, horticulture and livestock jobs in regional Australia become eligible for a second and third visa to extend their for up to three years.
— Fresh Plaza

Vietnam’s farming exports reach US$26.58 billion
Vietnam’s agricultural exports in the first eight months of 2019 were estimated at US$26.58 billion, up 1.6% over the same period of last year.
— NDO

Vietnamese fruits & vegetables exports to China have dropped off
Last July, Vietnam exported $144.2 million worth of vegetables and fruit to China, down 44.2 % year-on-year. This was the strongest decline amongst Vietnam’s high 10 export markets for vegetables and fruit (China being the most important market).
— Fresh Plaza

FDI disbursement up 7.1% to US$12 billion in Jan-Aug
Disbursement of FDI projects in Vietnam totaled US$12 billion in the first eight months this year, representing an increase of 7.1% year-on-year, a report of the Foreign Investment Agency (FIA) under the Ministry of Planning and Investment has shown.
— The Hanoitimes

Five more officials prosecuted in Mobifone’s AVG purchase case
The Investigation Police Agency under the Ministry of Public Security has begun legal proceedings against another five officials of the State-owned telecommunications giant Mobifone for their role in a major corruption case.
— Viet Nam News

Due Diligence in Vietnam: Legal and Financial Aspects in the M&A Process
Mergers and Acquisitions (M&A’s) are an increasingly popular route for foreign investors looking to begin operations in Vietnam – and due diligence is a key component of the M&A process.
— Vietnam Briefing

VN stocks drop on global pressures
Vietnamese shares were subdued on Monday as market sentiment was dragged down by the escalation of the US-China trade war.
— Viet Nam News

Labor ministry proposes two options for next Tet break
After considering the two options, both of which are poised to last seven days, the ministry considered the former is more suitable.
— The Hanoitimes

Vietnamese healthcare startup Med247 gets seed funding from KK Fund, broadens users coverage
Med247 manages to secure its seed funding round prior to its business launch Med247, an offline-to-online (O2O) healthtech startup that facilitates app-based post-treatment after offline visit to its clinic in Vietnam, announces an undisclosed amount of investment from KK Fund, a venture capital (VC) firm that mainly invests in seed-stage internet.
— e27

Hanoi seeks investment, cooperation from Greece, Denmark
A delegation of Hanoi’s officials has visited Greece and Denmark to seek investment and cooperation in tourism from the two European countries.
— The Hanoitimes

Market’s best perfomers lose steam due to difficulties
A series of best-performing stocks on the Vietnamese stock market are losing their steam due to poor business performances.
— Viet Nam News

Localities build night entertainment plans
In many cities and provinces, local authorities are moving ahead with plans to develop night entertainment services, such as walking streets and night markets to attract travelers and develop local economies.
— Vietnam Insider

Hanoi offers free bus rides to prioritized from September
The benefit is expected to even cover those needy people having no papers proving they are Hanoi’s residents and children under six year old.
— The Hanoitimes

Rooftop solar power expected to reach 2,000MW by 2020
The Electricity of Vietnam (EVN) anticipated thatthe capacity of rooftop solar power will reachapproximately 2,000 MW by the end of 2020,contributing to ensuring power security.
— NDO

Large room for Vietnam-Botswana cooperation: PM
Vietnam and Botswana have enormous potential to enhance collaboration in the fields of their strengths like agriculture, seafood and healthcare, among others, Prime Minister Nguyen Xuan Phuc said on August 26.
— NDO

Hospitals honoured for breastfeeding
The Ministry of Health in collaboration with Alive & Thrive on August 26 announced two hospitals as Centres of Excellence for Breastfeeding, including Tran Van Thoi Hospital in southern Ca Mau province and Can Tho Gynaecology and Obstetrics Hospital in the Mekong Delta city of Can Tho.
— VietnamPlus

Vietnam’s efforts in promoting ASEAN cooperation applauded
Secretary General of the Association of Southeast Asian Nations (ASEAN) Lim Jock Hoi lauded efforts by the Vietnamese Government and businesses in developing cooperation between the ASEAN member countries, while addressing a seminar in Hanoi on August 26.
— NDO

Weakening yuan underpins surge in Chinese exports to Vietnam
Vietnam’s imports from China rose by 18.4 percent year-on-year in the first seven months as the yuan weakened amidst the trade war.
— VnExpress

Domestic gold prices shoot up to VND43 million per tael
Gold prices in Vietnam surged to VND43 million (US$1,849) per teal on the morning of August 26 in tandem with the current global upward trend and setting a record high in seven years.
— NDO

Int’l healthcare expo to be held in Vietnam’s HCM City
An international exhibition on medicine and healthcare will take place here on Sept. 11-14, its organizers said on Tuesday.
— Xinhua