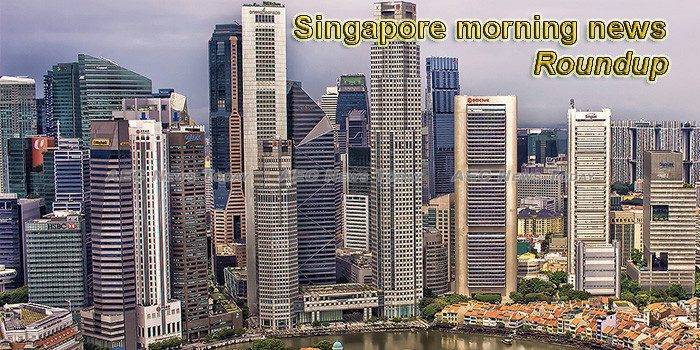 Probe report on SingHealth data breach points to basic failings
Staff who fell prey to phishing attacks. Weak administrator passwords. Not applying a patch that could have stopped the hacking. And an IT cyber-security team that could not even recognise a security incident.
— Straits Times

New initiative helps SMEs digitalise from the get-go
NEWLY incorporated businesses in Singapore will have access to subsidised digital solutions provided by industry players, under an initiative launched by the Infocomm Media Development Authority (IMDA) and Enterprise Singapore on Wednesday.
— The Business Times

Singapore is up from 69th to 66th in the Democracy Index rankings but still a “flawed democracy”
The latest findings of the Democracy Index rankings have just been released by the Economic Intelligence Units (EIU) showing Asia and Australasia to be making more headway in advancing democracy than any other region. However, Asian democracies continue to trail behind North America (8.56), Western Europe (8.35) and Latin America (6.22). The findings also showed […]
— The Independent sg

Why cybercriminals are stalking your social media accounts
Are people giving away too much about themselves that it could come back to hurt them? The programme Why It Matters discovers how easy it is to extract personal information from social media posts and even name cards.
— Channel News Asia

Fake news workshop slated in Singapore to quash organized disinformation campaigns
Singaporean journalists will now have the opportunity to better identify, counter and manage fake news and misinformation via a one-day workshop scheduled on 23 January to be held at the Concorde Hotel, Singapore.
— The Independent sg

Asian countries dominate when it comes to passport power in 2019
Japan goes into the new year holding 1st place on the Henley Passport Index, with citizens enjoying visa-free/visa-on-arrival access to 190 destinations. In a further display of Asian passport power, Singapore and South Korea now sit in joint 2nd place, with access to 189 destinations around the globe.
— The Online Citizen

Chart of the Day: Singapore’s food retailers buck APAC decline with 2018 average total returns of 10%
The stocks have averaged ROE of 19% in the past year.
— Singapore Business Review

Singapore bank revenues may rise 9% in 2019
The revenues of the three biggest banks in Singapore is projected to grow by 7-9% in 2019 in a development that mimics that of the revenue dynamic from 2011-2014, according to Jefferies.
— Singapore Business Review

Malaysian vessel Polaris has returned to Tanjung Pelepas, leaving only one vessel in S’pore waters
On the heels of the agreement between Singapore and Malaysia to take steps to de-escalate territorial tensions between the two countries, comes the news of buoy-laying vessel Polaris has left Singapore’s waters and gone back to the port in Tanjung Pelepas. This means that only one Malaysian vessel remains in Singapore’s territorial waters.
— The Independent sg

Woman on trial for cheating man of S$130,000, including CPF savings, in fake ‘Lee Kuan Yew’ scheme
A 69-year-old woman has claimed trial to 169 charges of cheating an elderly man of at least S$130,000 by telling him the money was needed for Lee Kuan Yew.
— Channel News Asia

Singapore among 16 ‘Innovation Champion’ countries, says CES organiser
It was rated highly for indicators such as broadband, human capital and tax friendliness but was marked down for freedom and short-term rentals, the 2019 International Innovation Scorecard shows.
— Channel News Asia

Palm oil stocks may shine with CPO prices out of the woods
AFTER languishing for much of 2018, Singapore-listed palm oil stocks could be looking at a new dawn this year on renewed demand, sliding inventories and other factors.
— The Business Times

Malaysian boy goes missing in Singapore for 10 days, too shy to ask for help
This young man’s tale is an object lesson for… well, everyone who travels overseas. It’s always a good idea to keep the address where you’re staying on you at all times and to muster up enough courage to ask for help when you’re lost.
— The Independent sg

AVA confirms that missing dog died while boarded at Platinium Dogs Club
The Agri-Food and Veterinary Authority of Singapore (AVA) has confirmed that the missing Shetland Sheepdog named Prince had died while it was boarded at Platinum Dogs Club and subsequently cremated. On 30 Dec 2018, Prince’s owner,
— The Independent sg

Fantastic US Jobs Report Highlights Continued Economic Strength
US delivers an outstanding Dec 2018 jobs report. What repercussions does this have for Singapore investors?
— Motley Fool sg

NUS boosts students’ confidence by promising to bring in quality lectures despite mass resignations of staffs and cancellation of modules
The National University of Singapore (NUS) has promised undergraduates in the communications and new media course that it will bring in high quality academic staff after a series of lecturer resignations.
— The Online Citizen

Missing a piece of old Singapore? This ‘heritage keeper’ has it in his home
David Wee of Wee’s Collection has been collecting Singapore heritage items since he was 15 – and he also rents them out for events.
— cnalifestyle.channelnewsasia.com

Is Investment Performance Attributable To Skill Or Luck?
Trying to determine if skill is involved can be tough, especially when times are good.
— Motley Fool sg

ITE, DBS tie up to boost students’ financial literacy
A study by DBS Bank has found that Institute of Technical Education (ITE) students were better than their peers at saving their pocket money.
— Straits Times

Ascott REIT divests Ascott Raffles Place for $353.3 mil
Ascott Residence Trust (Ascott REIT) has today entered into a sale and purchase agreement with an unrelated third part to divest Ascott Rafles Place Singapore for a consideration of $353.3 million. The buyer has paid 15% of the sale price as deposit and will pay the balance upon completion of the sale,
— The Edge

Illegal for non-public sector organisations to copy or hold your NRIC from Sept. 1, 2019
After all these years your NRIC is recognised as sacred information.
— Mothership

Gold Price is Rising: Should You Switch Out of Singapore Shares and Load Up on Gold Instead?
I still prefer investing in shares over gold. Here’s why.
— Motley Fool sg

CASE issues advisory on Danish retailer LuxStyle over purchases customers did not agree to
The consumer watchdog in Singapore has raised the alert on Danish online retailer Lux International Sales ApS, after receiving complaints by customers who said they were sent payment notices even though they did not agree to the purchases.
— Channel News Asia

Opening of Botanic Gardens extension pushed back
Details of an 8ha extension to the Botanic Gardens, which will bring it to its largest size to date, were unveiled yesterday, along with news that the expansion would take about 12 months more than earlier expected.
— Straits Times

Pet shop owner fined $5,000 for breeding kittens in house without licence
An inspection of a home near Grange Road in August last year uncovered 70 cats kept in metal cages at a shed behind the house, a court hear
— Yahoo News

Why is Temasek selling Watsons? It’s elementary
Private equity firms in Asia, which are sitting on plenty of dry powder, can look to a fresh target in the world’s largest health and beauty retailer. They may get a bargain.
— The Edge

NEA announces 4 new funeral parlor sites to meet the needs of an ageing population
The National Environment Agency (NEA) announced on Tuesday, January 8, that four new funeral parlor sites will be launched to meet the growing demand for such facilities, in part due to an aging citizenry. These sites, which are located away from residential places, will be allocated over the next 10 years.
— The Independent sg