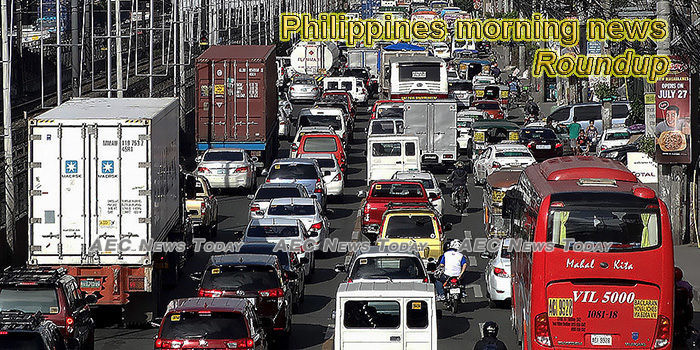 Du30 drops US visit as visa row heats up
AS A WORD war raged over the US ban on selected Philippine officials and the freezing of their assets, President Duterte rejected a standing invitation to visit the White House, barred the entry of two US senators and threatened to require visiting Americans to secure visas.
— The Philippine Star

PH population growth slows down to 1.5%
The population growth of the Philippines recorded a decline of 0.21 percentage points (ppt) to 1.52% in the latter half of this decade, from the previous 1.73% between 2010 and 2015, according to the Commission on Population and Development (POPCOM).
— Philippine Information Agency

Tourism booms: 8M visit PH
Tourism is booming in the Philippines with more than 8 million visitors coming in 2019, the government said on Saturday.
— Manila Times

Benjamin Tan, who connected Philippines to internet for the first time 25 years ago, dies of cancer
Benjamin “Benjie” Tan, the man who switched on the Cisco router in the Philippines 25 years ago and forever changed the country by connecting it to the Internet, has passed away, Newsbytes.PH reported.
— e27

100 families lose homes in Tondo fire
At least 100 families were left homeless after a fire broke out at the Parola Compound in Tondo, Manila yesterday morning.
— The Philippine Star

JICA lending $202m for Mindanao road network
The Japanese government is providing a $202-million loan to build roads in Mindanao that will help revitalize economic activities and improve access to social services in conflict areas.
— Manilastandard.net

US farm exports to PH hit record high at $3 B
Philippines’ growing demand for imported agriculture products had benefited the United States this year, with the latter seeing its agriculture export sales to the Southeast Asian nation hitting an all time high of US$3 billion.
— Manila Bulletin

Prices of housing projects jumped by 10.4% in Q3
Residential real estate prices increased by 10.4 percent in the third quarter from a year ago, the Bangko Sentral ng Pilipinas said over the weekend.
— Manilastandard.net

New China envoy moving to fast-track infra projects
BEIJING’S new envoy to Manila has vowed to thresh out issues surrounding the implementation of China-funded big-ticket infrastructure and development projects in the Philippines to fast-track their completion, the Department of Finance (DOF) said.
— Business Mirror

P8.6 million aid released for typhoon victims
The government has released a total of P8.64 million in assistance for families affected by Typhoon Ursula in the provinces of Iloilo and Capiz.
— The Philippine Star

Smart equips farmers with digital skills for better yield
Born to a farming family, Edralyn Ferre has been tilling the land in Alfonso, Cavite, for over 50 years, guided only by traditional knowledge handed down by his elders.
— Manilastandard.net

DA sees 2.5% Q4 growth amid Dec storms
DESPITE storms that hit the farm sector this month, the Department of Agriculture (DA) is optimistic that agricultural output in the fourth quarter would expand by at least 2.5 percent, sustaining its nearly 3-percent growth in the previous quarter.
— Business Mirror

PH envoy leads Prague lecture on ASEAN as Asian economic powerhouse
A Philippine envoy, together with other top diplomats from the Association of Southeast Asian Nations (ASEAN), spearheaded a lecture introducing the various pillars of Asia’s premier regional bloc before the students and officials of the University of Economics in Prague.
— Manila Bulletin

Philippines, South Korea engage in tug-of-war
To promote the mutual understanding of the tugging ritual rites between South Korea and the Philippines, intangible cultural heritage experts from the former participated in the recent punnuk, a postharvest ritual in Hapao village, Hungduan.
— Inquirer Lifestyle

Congress seen to move on amending law to allow motorbike taxis on road
WHEN sessions resume on January 20, lawmakers from both chambers are expected to fast-track deliberations on pending bills to amend the decades-old transportation code in order to allow the operation of motorcycle taxis, which will become illegal when the second trial period ends in March, unless a law is passed.
— Business Mirror

180 ’cracker zones designated in Quezon City
In a bid to lessen firecracker related-injuries during the New Year revelry, Quezon City Mayor Joy Belmonte has assigned 180 fireworks zones in the city.
— The Philippine Star

Man dies in Ilocos Norte after being dragged under a car
A man was found dead on Sunday morning, December 29, after he was dragged by a car for almost 5 kilometers in Ilocos Norte.
— Rappler

Saving child sex workers
The collective cries of girls huddled in a corner is often the soundtrack to a rescue operation. They fear they’ve done something wrong and that they’ll be arrested too. It’s not long before they realize they’re the ones being saved.
— Rappler

ING, Unicef pilot global initiative in PH to explore fintech innovation for social impact
ING, in partnership with the United Nations Children’s Fund (Unicef) Office of Innovation, announced that it will pilot a global program in the Philippines to jointly identify and invest in fintech startups that are building solutions with the potential to help disadvantaged youth and families in the country.
— Manila Times

Guevarra: US Sen. Leahy’s staff should come to PHL to see evidence presented vs. De Lima
Justice Secretary Menardo Guevarra on Sunday said that a US senator who has called for the release of Senator Leila De Lima should send his legal staff to the Philippines and see the evidence presented against her in court.
— GMA Network

Electrical wires, cigarettes, open flames cause most fires – BFP
Amid the surge in conflagrations recorded in December, the Bureau of Fire Protection (BFP) noted that Filipinos needed to be made aware of the most common causes of fire in the country.
— GMA Network

De Lima slams Ombudsman for refusing to release Duterte’s SALN
Senator Leila De Lima slammed Ombudsman Samuel Martires for refusing to release President Rodrigo Duterte’s Statement of Assets, Liabilities, and Net Worth (SALN) to the public, ostensibly to protect the interests of public officials including that of the chief executive.
— GMA Network

Palace calls for halt on communist attacks
Amid the plan to revive peace negotiations, Malacañang on Sunday appealed to the Communist Party of the Philippines’ (CPP) armed wing, the New People’s Army (NPA), to honor the ceasefire deal with the government troops.
— Philippine News Agency

U.S. senator urges PH to free De Lima, drop threats vs Maria Ressa
United States Senator Patrick Leahy was undeterred by recent threats from the Philippine government to bar him from entering the country, as he vowed to remain firm in standing up for the human rights of detained Senator Leila de Lima and Rappler CEO Maria Ressa.
— Rappler

Child-friendly spaces set up in typhoon-ravaged town
Elementary school children and even those as young as three years old can freshly remember the rage of the Typhoon Ursula that lashed Balasan town, Iloilo on Christmas Day, an official from the social welfare office said.
— Philippine News Agency

Crime incidents in NoCot down in 2019
Police authorities in North Cotabato on Sunday announced that proactive stance and public cooperation led to the reduced number of crime incidence in the province in 2019 as compared to last year.
— Philippine News Agency

Cayetano’s charm offensive in House shields him from SEA Games backlash
Mistrust was the biggest monster Alan Peter Cayetano had to slay the moment he became House Speaker.
— Rappler

Bulacan fireworks sales pick up
With the New Year coming closer, business has started to get brisk in this town dubbed as the “fireworks capital of the country”.
— Philippine News Agency

Development projects win peace for Negros Oriental
Negros Oriental Gov. Roel Degamo has underscored the need for all the people in the province to unite as he vowed to put premium on development and not “bullets” as a means to attain lasting peace.
— Philippine News Agency

Lao Morning News For May 19