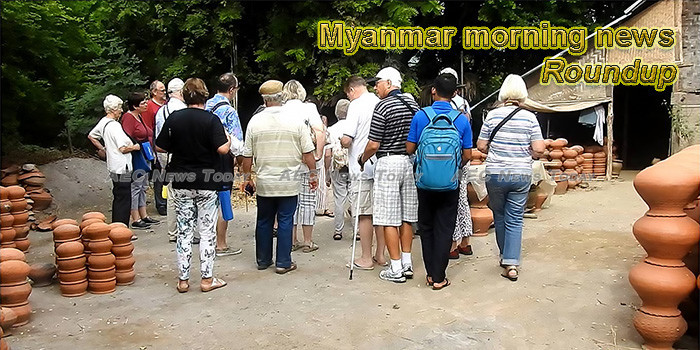 Myanmar, Singapore reach investment promotion, protection agreement
Myanmar and Singapore have signed an agreement on promotion and protection of investment between the two countries, according to the Ministry of Investment and Foreign Economic Relations Wednesday.
— Xinhua

Myanmar’s New Trademark Law: What Foreign Business Owners Need to Know
The Myanmar Trademark Law 2019 was finally enacted on January 30, 2019. This is an important step in the government’s efforts to attract foreign.
— lexology

Trade Dept bans export of rain tree timber
Trade Department at the Commerce Ministry issued a statement on September 9, saying that it has banned the export of Koukou (rain tree) timber in a bid to protect old-aged Kukko trees from the point of environmental conservation view.
— Eleven Myanmar

Dr M slams UN, Myanmar govt over Rohingya crisis
NEW YORK: The United Nations and Myanmar government came under fire on Tuesday for their inaction in resolving the Rohingya crisis which has displaced more than a million people in the country.
— New Straits Times

US, Western Nations Issue Travel Alert For Myanmar Cities After Bomb Reports
Western governments have warned their citizens in Myanmar to exercise extreme caution in major cities in the Southeast Asian nation amid social media reports of alleged bomb threats by ethnic armed groups operating in the wake of a temporary cease-fire collapse.
— Radio Free Asia

Myanmar: A Violent Push to Shake Up Ceasefire Negotiations
A trio of ethnic armed groups have escalated their fight with the military in Myanmar’s Shan State.
— Reliefweb

Badly Behaved Chinese Tourists Draw Local Ire in Myanmar
While they value the business, locals in the tourism industry say the govt opened the door to mass tourism from China without considering cultural, environmental impacts.
— Irrawaddy

Lawyer for Accused in Myanmar Toddler Rape Faces Action for Media Comments
A lawsuit has been filed against a lawyer in the ‘Victoria’ toddler rape case for implying the guilt of two teenage boys.
— Irrawaddy

Ministries discuss cooperation in disaster responses
A coordination meeting for discussing more effective responses to natural disasters and better cooperation of the relevant ministries and states/regions was held at the Ministry of Social Welfare, Relief and Resettlement in Nay Pyi Taw yesterday.
— The Global New Light of Myanmar

The rush job: Myanmar’s ‘impossible’ emergency power tender
A consortium in the running for a tender aimed at avoiding power shortages next hot season seems unfazed by the tight deadlines and viability concerns that deterred many foreign bidders.
— Frontier Myanmar