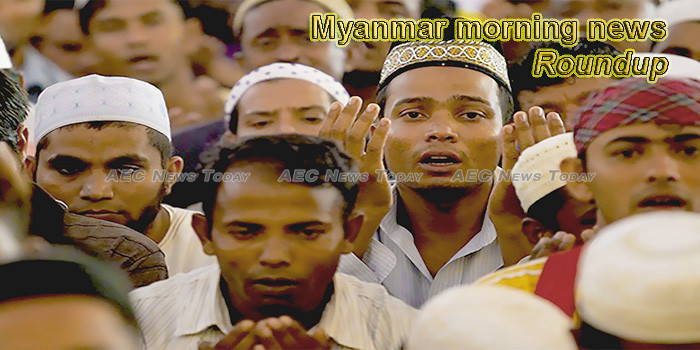 Yangon to get Skytrain by 2027
Myanmar’s Yangon regional government is planning to implement a sky train project in Yangon, Xinhua reported.
— Mizzima

PTTEP, GPSC banking on Myanmar gas plant
SET-listed oil and gas drilling firm PTT Exploration and Production Plc (PTTEP) has finalised a plan for a new gas-fired power plant in Myanmar with a capacity of 600 megawatts in collaboration with Global.
— Bangkok post

Home Affairs Ministry plans to implement the parole system
Ministry of Home Affairs is planning to start implementing the parole system being exercised in other countries as the number of inmates received by the jails and prisons is 16 per cent higher than that they can house, said Major General Aung Thu, Deputy Minister for Home Affairs, yesterday.
— Eleven Myanmar

Myanmar manufacturing PMI records highest in over a year
Myanmar’s manufacturing sector registered solid improvement in growth during May with quicker expansions in output and new orders, as well as strong client demand.
— Nikkei Asian Review

Over 100 organizations call for an end to war immediately
Over 100 political and social organizations yesterday released a joint statement after a political talk titled “ Arakan State’s affairs is the matter of the Union of Myanmar” held in Yangon, demanding the Tatmadaw to stop waging war across Myanmar including Arakan State.
— BNI Online

Atrocities on Rohingyas: OIC for suing Myanmar at ICJ
The Organisation of Islamic Conference has called for launching the case of Myanmar’s human rights violations against the Rohingyas at the International Court of Justice.
— The Jakarta post

Myanmar about to host its first real-estate awards
The Myanmar National Real Estate Awards will be held for the first time on October 4 at the Novotel Max in Yangon. Awards will be offered to local and foreign businesspeople working in the real estate sector who have made important contributions to Myanmar’s economy.
— Myanmar Times

Loans for landowners
KBZ Bank, the Myanmar Art Construction & Development Company and iMyanmarHouse.com are now offering loans for new property constructions in Myanmar. The loans will be available for those who own land, but need more capital to construct a house or a building for commercial purposes.
— Myanmar Times

Corporate governance and business entities in Myanmar
By Aung Naing Oo in 2013 Organization of Economic Cooperation and Development (OECD) took more than a year to study Myanmar’s policies on investment. It included Corporate Governance in all the studies and reviews conducted in each sectors.
— The Global New Light of Myanmar

No Evidence of Any ARSA Links to ISIS: Terrorism Expert
Security analyst and scholar of Southeast Asian terrorism Sidney Jones speaks about regional security in Southeast Asia after the collapse of ISIS in the Middle East.
— Irrawaddy

NSCN-K will not sign NCA – Official
The National Socialist Council of Nagaland-Khaplang (NSCN-K) is firm on not signing the Nationwide Ceasefire Agreement (NCA) with the Myanmar Army (Tatmadaw) in spite of ‘repeated aggression’ by Naypidaw, News18 reported.
— Mizzima

Successful cultivation of agarwood attracts foreign travellers’ attention
The interest of foreign travellers in value-added agarwood is more than that of the past since it can be successfully cultivated and produced in Myanmar and agarwood purchase is on the increase. Agarwood, aloeswood or gharuwood is a fragrant dark resinous wood used in incense, perfume,
— The Global New Light of Myanmar

EAOs Should Separate Their Strategies on Ceasefires and Political Dialogue
To rebuild trust, it is time to rethink the way blanket noncooperation has been employed.
— Irrawaddy

Seven IEDs planted by AA explode in Myebon
Seven improvised explosive devices-IEDs- planted by the AA group exploded on the Yangon-Sittway Road in Myebon, Rakhine State yesterday, causing damage to a bridge and the road. Two landmines reportedly planted by AA near Kyarchantaung Bridge at mile post 69/4, and between mile posts 62/3 and 62/4.
— The Global New Light of Myanmar

Union Minister Dr. Win Myat Aye holds talks with UNICEF representative to Myanmar
Union Minister for Social Welfare, Relief and Resettlement Dr. Win Myat Aye received Ms. June Kunugi, UNICEF Representative to Myanmar in the May Kha Lar Hall of the office of the Ministry yesterday morning. During the meeting, they discussed matters relating to emergence of State-level schemes for.
— The Global New Light of Myanmar