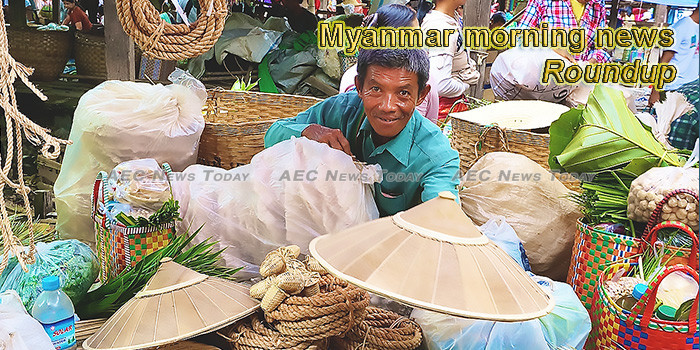 UN fears Myanmar human rights abuses in Internet shutdown
An Internet blackout in parts of Myanmar could be cover for “gross human rights violations” in an area where a brutal army crackdown has already forced hundreds of thousands of Rohingya to flee, a UN rights investigator said.
— Channel NewsAsia

Myanmar electricity rates to soar next month
The government announced that it will increase electricity rates for both residential and business users starting from July. This is the first change in power tariffs since 2014.
— Myanmar Times

Volunteering efforts from Hong Kong youngsters to teach in Myanmar
Under the HKU-Jockey Club Nurturing Global Leaders Programme (NGL), a group of student volunteers from the University of Hong Kong (HKU) has come to Myanmar this summer, starting from June to August, to teach students in different schools and education centres.
— Mizzima

‘No magic bullet’ behind Thilawa’s success
Success behind the Japan-led Special Economic Zone shows the need for Myanmar to improve access to land and utilities and reform its regulatory framework to capture investor interest, an SEZ investor said.
— Myanmar Times

Toyota Nezas dealership in Myanmar to begin selling in 2020
Nezas Holdings, a Toyota Motor Corp dealership, will open a shop in Yangon early next year. It will be the first foray into Myanmar by a Toyota-related car sales group.
— Myanmar Times

Manipur’s second business centre along Myanmar gets police station
The state government on Monday opened a police station at the remote Behiang village in Churachandpur district bordering Myanmar, an initial step for developing the border village to set up a second trade hub after Moreh in the backdrop of India’s Act East Policy.
— Times of India

Some State Parliaments Approve Creation of Immigration Ministries
President U Win Myint has proposed that each state and regional government create a ministry of immigration and human resources.
— Irrawaddy

Governments Must Support Health-Based, Holistic Solutions to Overcome Drug Abuse, Secretary-General Stresses in Message for International Day
Following is UN Secretary-General António Guterres’ message on the International Day against Drug Abuse and Illicit Trafficking, observed on 26 June: The world drug problem is one of the most challenging issues we face.
— The Global New Light of Myanmar

Planned Aung San Statue in Chin State Scrapped
Local authorities in Htantlang will use the funding earmarked for the controversial statue for a public park instead, marking a big win for local activists.
— Irrawaddy