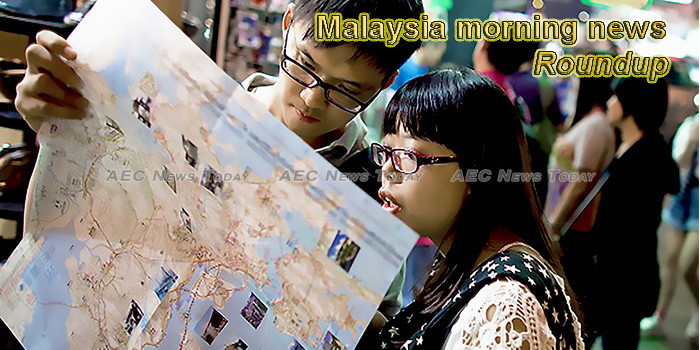 Proposal to create data bank needs comprehensive study: NRD
The National Registration Department (NRD) will be studying an implementation mechanism proposal to set up a data bank of deoxyribonucleic acid (DNA) which would be recorded in the birth certificate.
— The Sun Daily

Local firm claims Maldives turning back on RM514m construction project after change of govt
A Malaysian property developer has filed for arbitration against the Republic of Maldives over an alleged breach of contract, amounting to nearly US$30 million (RM124 million) of arrears for a project in the Hulhumalé.
— Malay Mail

Greenpeace claims Malaysia’s Genting among palm oil groups with most burnt land in Indonesia but firm disputes findings
Malaysian conglomerate Genting Group is among the top 10 groups listed as having the largest areas of burnt land in Indonesia between 2015 and 2018, the republic’s chapter of environmental group Greenpeace has claimed.
— Malay Mail

EPF’s i-Invest sees RM32m transactions within a month of launch
The Employees Provident Fund’s (EPF) digital investment platform, i-Invest, has received encouraging support, with nearly 2,500 members transacting a total value of RM32 million within a month of the launch of its beta version on Aug 19.
— The Sun Daily

Proposal for micro-credit financing to be tabled at Cabinet meeting — Naroden
The Ministry of International Trade and Industry, Industrial Terminal and Entrepreneur Development will be presenting to the state Cabinet for approval a proposed micro-credit financing system to ease financial constraints of fledgling contractors and entrepreneurs in the state.
— The Borneo Post

Pos Malaysia to minimise potential rates hike with looming US pull out of postal union
As the United States (US) mulls pulling out of the Universal Postal Union (UPU), Pos Malaysia says that it will minimise the impact of potentially increased costs to local customers.
— The Star Online

PTPTN collects RM1.3m in repayment so far this year
The amount of loan repayments received by the National Higher Education Fund Corporation (PTPTN) so far this year was RM1.3 million, said its chairman Wan Saiful Wan Jan.
— The Sun Daily

Malaysian environment minister brushes off calls for resignation amid alleged conflict of interest in handling haze issue
Malaysia’s Energy, Science, Technology, Environment and Climate Change Minister Yeo Bee Yin on Tuesday (Sep 24) brushed off calls for her resignation, as the opposition pointed to potential conflict of interest in her handling of the regional haze issue.
— CNA

Malaysia’s Aug CPI up 1.5%
Malaysia’s Consumer Price Index (CPI) rose by 1.5% in August this year compared to the same month of the previous year.
— The Sun Daily

Low-income earners should not all be grouped in B40 category: Anwar
The government should consider suggestions to redefine national poverty levels and income brackets to address the problem effectively, said Datuk Seri Anwar Ibrahim (pix).
— The Sun Daily

MISC to rake in RM842m from two new LNG vessels
MISC Bhd has signed an agreement with Mitsubishi Corp and Nippon Yusen Kabushiki Kaisha to co-own two new liquefied natural gas (LNG) vessels, with a capacity of 174,000 cubic metres each.
— The Sun Daily

Celcom partners CyberSecurity Malaysia for digital security
Celcom Axiata Bhd has entered into a memorandum of understanding (MoU) with CyberSecurity Malaysia to collaborate on a strategic partnership to explore and enhance cyber security capabilities and opportunities for various industry verticals.
— The Sun Daily

IGP says Jho Low’s whereabouts known, aims to bring him in by end of year
Malaysian police said today they know the location of fugitive financier Low Taek Jho and hope to bring him back by the end of the year to help in investigations into a multi-billion dollar scandal at state fund 1MDB.
— Malay Mail

MTAG opens strong on Bursa debut
MTAG Group Bhd opened strong for its first day of trading at 70 sen, a 32.1% premium from its offer price of 53 sen per share.
— The Sun Daily

Don’t pressure Home Ministry on automatic citizenship, PAS tells DAP
The DAP should not interfere with the citizenship process under the purview of the Home Ministry, PAS said today.
— Malay Mail

Call for law to protect aged population
Apart from legislation to protect senior citizens from neglect and abuse, there should be a comprehensive policy to safeguard their health and well-being.
— The Sun Daily

MyCC steps up anti-monopoly probe on Grab
The Malaysian Competition Commission is pushing ahead with its investigation against Grab Holdings Inc over possible monopolistic practices following its acquisition of rival firm Uber Technologies’ networks in the.
— Malay Mail

Takeover of TIA by 1MDB to hide misappropriation of RM5b: Witness
The High Court here was told today that the takeover of the Terengganu Investment Authority Berhad (TIA) by 1Malaysia Development Berhad (1MDB) was to hide Datuk Seri Najib Abdul Razak’s misappropriation in the Islamic Medium Term Notes (IMTN) bond of RM5 billion applied for by TIA.
— The Sun Daily

Rehda urges govt to review charges, requirements to save cost
The Real Estate & Housing Developers’ Association (Rehda) hopes the government will lower or abolish unnecessary charges and requirements imposed on developers to reduce the cost of doing business.
— The Sun Daily

Mawan: Teaching of Science and Maths in English first move for S’wak to have own education policy
Sarawak Dayak National Union (SDNU) president Tan Sri William Mawan Ikom sees Sarawak taking on teaching of Science and Mathematics in English starting with Primary One pupils next year as the state government’s first move of having its own education policy.
— The Borneo Post

Compounds of over RM23,000 issued to errant smokers in Penang
The Penang Health Department issued compounds totalling RM23,650 to 97 smokers, who included 11 foreigners and three underage smokers, during an anti-smoking operation yesterday.
— The Sun Daily

Malaysian leader defends his remarks against Jews during Columbia University speech
The prime minister of Malaysia defended his past anti-Semitic statements and questioned the number of Jews killed during the Holocaust in a speech at Columbia University.
— Sun-sentinel