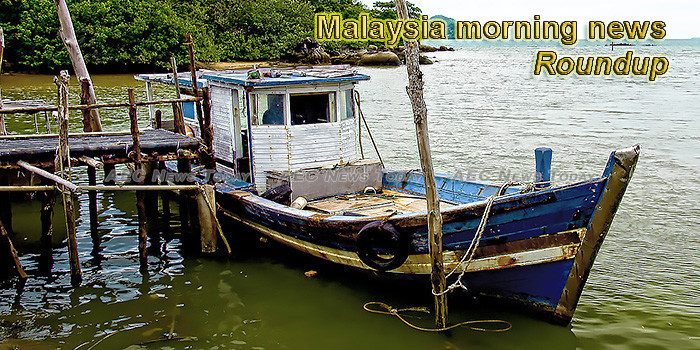 Mahathir: Govt aid continues for local manufacturers
The government will continue to provide assistance and support to local manufacturing industry players as far as it is able to do so, Tun Dr Mahathir Mohamad said yesterday.
— The Borneo Post

How can Malaysia become a developed nation?
On June 12 last year, while delivering his keynote address at the 24th Nikkei Conference on the Future of Asia, Dr Mahathir Mohamad said Malaysia could achieve developed nation status provided that the right policies were in place, and that Malaysians worked very hard.
— FMT

Malaysia to begin regulating ICOs as securities today
Malaysia may not be clear where it stands on cryptocurrencies, but the country’s securities watchdogs now have the power to regulate certain digital assets and crypto exchanges.
— Coingeek

pitchIN to raise RM16m from 16 campaigns this year
Equity crowdfunding (ECF) platform pitchIN is aiming to double the number of its fund raising campaigns to 16 this year from last year’s eight, through which it aims to raise at least RM16 million.
— The Sun Daily

Why Domino’s Malaysia decided to create a localised brand promise
Domino’s Pizza Malaysia has built a reputation for being a witty brand, especially on social media. However, what is not yet widely known by consumers is that the pizza brand has rolled out a new brand promise titled “It’s All About You”.
— Marketing Interactive

Malaysia warned as maritime tensions flare
Singapore warned Malaysia Monday it was ready to defend its interests after a flare-up of maritime tensions, the latest sign of fraying ties since a change of government in Kuala Lumpur.
— The Asean Post