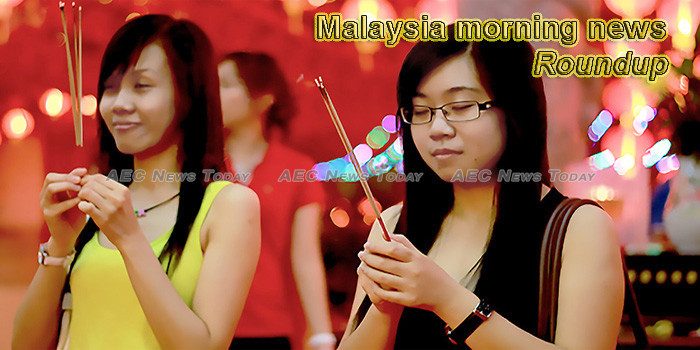 Chinese hunger for ‘world’s smelliest fruit’ threatens Malaysian forests
Soaring demand for durians in China is being blamed for a new wave of deforestation in Malaysia with environmentalists warning vast amounts of jungle is being cleared to make way for massive plantations of the spiky, pungent fruit.
— FMT

Malaysia ranks 1st in world’s best healthcare category
Malaysia, with a score of 95 out of 100, ranked first in the Best Healthcare in the World category of the 2019 International Living Annual Global Retirement Index.
— New Straits Times

PH fuel subsidy for 4WDs in rural Sarawak?
The federal government through the Ministry of Domestic Trade and Consumer Affairs will consider a proposal to provide fuel subsidies to 2,400cc-powered vehicle owners.
— New Sarawak Tribune

Malaysia dismisses environmental concerns caused by the palm oil industry
Malaysia’s palm oil industry has been under fire for a few months. It has been blamed, particularly in Western countries, for the alleged damage to rainforests. Now the government is making huge efforts to dismiss their criticism.
— CGTN

‘Golden crop’ loses lustre, smallholders’ incomes drop by 50%
DESPITE the industrialisation boom of the 1990s, Malaysia continued to invest in palm oil as its popularity as an edible oil continued to grow worldwide.
— The Malaysian Insight

Seven nabbed by Malaysia police after ransom paid for release of kidnapped Singaporean: Report
Malaysian police have arrested seven men believed to be involved in the kidnapping of a Singapore vegetable trader in Gelang Patah in southern Johor.
— The Straits Times

Malaysia must leverage on its diversity to become top-class
Yesterday, I said the many national holidays in Malaysia afford Malaysians the opportunities for reflection and review as to why the country failed to achieve greater goals such as pondering how Malaysia could transform from a global kleptocracy to a leading nation of integrity in the world.
— Malaysiakini

Drawn by Hokkaido’s Slopes, a Malaysian Businessman Returns Every Year
There isn’t much snow in Malaysia, where Francis Yeoh runs a family conglomerate with interests in power, cement and property.
— Wall Street Journal

Can Malaysia break away from suspicion, distrust? Kit Siang asks
Malaysians must trust and have faith in each other and not fall prey to toxic politics of fear, hate and distrust, DAP’s Lim Kit Siang said today.
— Malay Mail

Malaysia: top ten tech predictions for 2019
According to a recent report, a provider of market intelligence, advisory services, and events for the information technology, telecommunications, and consumer technology markets recently revealed its top predictions for the Malaysian IT industry for the year and beyond.
— OpenGovAsia

Johor hospital’s canteen closed 2 weeks due to hygiene concerns
THE canteen of Sultan Ismail Hospital (SIH) in Johor Baru has been closed for two weeks, starting Monday, after the operators were found to have failed to comply with standards under Section 11 of the Food Act 1983.
— The Malaysian Insight

Malaysian students in flooded Queensland safe: Maszlee
The Ministry of Education (MOE) has revealed that no Malaysian student in northern Queensland has been injured or badly affected by devastating floods in the Australian state.
— New Straits Times

Finance ministry: No restriction on umrah travel packages
The finance ministry has rubbished a claim that the ministry and its minister, Lim Guan Eng, had instructed Muslims going on umrah to do so only through pilgrims fund Tabung Haji and not through private agents.
— FMT

Hardly ‘shabby’ chic: Rosmah Mansor’s trial looms
It is “embarrassing for Malaysians when other countries tease the prime minister’s wife for being shabby,” Rosmah Mansor, Malaysia’s former first lady, wrote in her 2013 authorized biography. “As a woman and as the wife of a leader, I have to look presentable, neat and take care of my appearance.”
— Nikkei Asian Review (paywall)