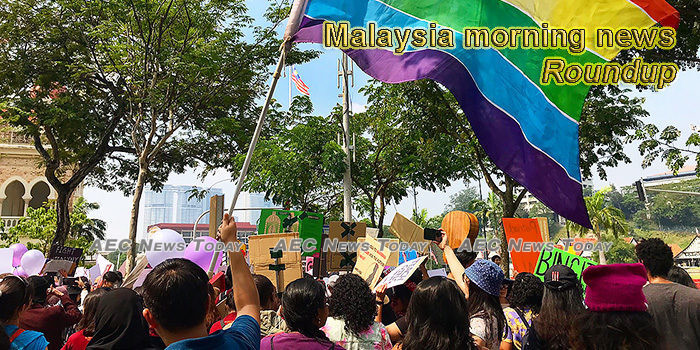 Malaysia, Indonesia agree to use drones to patrol borders
Malaysia and Indonesia have agreed in principle to use drones and other technologies to monitor their borders, said Malaysia’s Home Affairs Minister Muhyiddin Yassin on Tuesday (Dec 10).
— Channel NewsAsia

Malaysia’s Mahathir pledges to step down for Anwar, but not before November 2020
Malaysia’s Mahathir Mohamad, the world’s oldest prime minister, promised on Tuesday (Dec 10) to hand over power to anointed successor Anwar Ibrahim in spite of new sexual assault allegations against him.
— Channel NewsAsia

World Bank trims Malaysia’s 2020 GDP growth forecast to 4.5%
The World Bank Group has revised downwards Malaysia’s gross domestic product (GDP) growth forecast for 2020 to 4.5%, from 4.6% projected initially, largely due to weaker-than-anticipated investment and export growth in the third quarter of 2019.
— The Sun Daily

TAOBAO OPENS LARGEST STORE IN MALAYSIA TO EXTEND CUSTOMER REACH
IN A time when Malaysian brick-and-mortar retails stores are coming to terms with what it means to “go digital”, the Alibaba Group has gone in the opposite direction by opening the largest Taobao store in Malaysia at MyTOWN Shopping Centre, promising goods by local manufacturers, warranties and – perhaps most surprisingly – the same prices as what’s available online.
— Digital NewsAsia

KL Summit: Need for researchers, academicians to join hands
Pakistan is keen to see that researchers and academicians from Muslim countries engage in more joint research activities, the outcome of which may contribute to the betterment of society.
— The Sun Daily

Malaysia urges neighbours to review execution of drug mules, says users need hospitals, not prisons
Having halted the mandatory death sentence on drug-related convictions, the Malaysian government is asking other countries to do the same.
— Malay Mail

Here’s how a family of nine with four air-conds, spends only RM100 for electricity
Only about RM100 — this is the monthly electricity bill of a nine-member household here that has four air conditioners installed in their house.
— The Sun Daily

JB housewife loses RM380,000 in love scam
A 50-year-old housewife lost RM380,000 in a year after she was lured into a relationship with a person on Facebook who tricked her into paying the sum purportedly to secure his release from the authorities.
— Malay Mail

SRC trial: Najib says bought Rosmah a RM466,000 watch as family upset he cut holiday short due to floods in Malaysia
Datuk Seri Najib Razak said he bought a US$130,625 (RM466,330) Chanel watch for Datin Seri Rosmah Mansor to appease his family who were unhappy their vacation to Hawaii, US in 2014 was cut short for him to resume work.
— Malay Mail

WHO, Unicef: Sabah polio outbreak a rare strain, genetically confirmed from Philippines
The re-emergence of the polio in Malaysia after 27 years is from the same virus that broke out and is spreading in the southern Philippines, the World Health Organisation (WHO) and the United Nations Children’s Fund (Unicef).
— Malay Mail

Flood hits three districts in Sabah
The floods in Sabah has affected three districts, namely Sipitang, Beaufort and Membakut, involving 22 villages with 76 people having been evacuated as at noon today.
— The Sun Daily