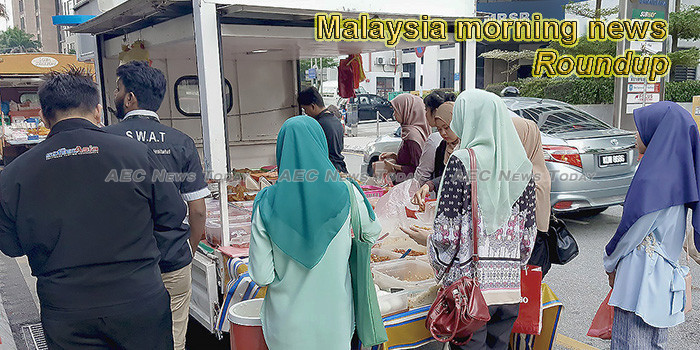 Malaysian intercepted by Australian authorities at Kuala Lumpur airport stirs anger
Australia’s High Commissioner to Malaysia has publicly responded to criticism of the country’s immigration practices after a group of Malaysian women were blocked from flying by an Australian official at Kuala Lumpur International Airport.
— ABC

Malaysian charged with taking secret video in US airplane toilet
A Malaysian man, named as Lee Choon Ping, has become the first person to be charged with video voyeurism in a first-class toilet on board an aircraft, according to a report in the Houston Chronicle yesterday.
— FMT

Malaysia: Durian exporters see spike in demand from China
For years, Thailand, the world’s leading durian producer, has dominated China’s imports for the fruit, accounting for roughly 40 percent of the massive market. But of late, Chinese consumers have been getting a whiff of an alternative to Thai durians: the premium Musang King variety from Malaysia’s sprawling durian plantations.
— Fresh Plaza

Malaysia-Indonesia to ink MoU on rhino conservation
A recent meeting between Sabah and Indonesia on Sumatran Rhino conservation has borne fruit with the proposed collaboration expected to be inked next month.
— New Straits times

CM: Sabah to benefit from relocation of Indonesian capital to Kalimantan
Sabah must be ready to take advantage of the economic spillover following Indonesia’s plans to move its capital from Jakarta to Kalimantan, says Datuk Seri Mohd Shafie Apdal.
— The Star Online

The mystery of screaming schoolgirls in Malaysia
It was a quiet Friday morning last July when pandemonium broke out at a school in north-east Malaysia. Siti Nurannisaa, a 17-year-old student, was at the centre of the chaos.
— FMT

Shafie: Sabah govt to identify locations for wildlife rehabilitation
The Sabah government is in the midst of identifying land and suitable areas to rehabilitate wild animals in a bid to better protect wildlife.
— The Star Online

Kit Siang: DAP would lose 30-40% of votes if polls were called now
If an election were held now, the DAP would lose the Iskandar Puteri parliamentary seat and up to 40% of votes nationwide over the khat (Jawi calligraphy) issue, says party adviser Lim Kit Siang.
— The Star Online

Missing Irish teen’s mother thanks Malaysia search team
The mother of a Franco-Irish teenager who went missing from a Malaysian rainforest resort fought back tears on Saturday (Aug 10) as she thanked the hundreds-strong team hunting for the schoolgirl.
— CNA

Dengue death toll rises in Malaysia, number of cases close to double
Malaysia saw a rise in deaths caused by dengue to 113 by Aug 3, compared to 70 cases in the same period last year, the health ministry said on Saturday (Aug 10).
— CNA

Morning traffic smooth on most major highways
Traffic on several major highways has been reported to be smooth this morning.
— The Sun Daily

S’gor govt will offer aid to 508 houses affected by storm
The state government will provide immediate relief to the residents of Sabak Bernam, Sungai Besar and Sekinchan who were affected by a storm on Friday night.
— The Sun Daily

As IPCMC looms, police rank-and-file long for even basic amenities
Lack of funds to maintain basic infrastructure such as surveillance cameras at police facilities are making law enforcement personnel anxious about the move to introduce civilian oversight of their agency.
— Malay Mail

Malacca: Pioneer e-sports centre aimed at developing talented athletes
A pioneer electronic sports (e-sports) centre in Malacca, to be launched today, is an indication of the state government’s seriousness in its efforts to develop the industry and at the same time, spawn talented athletes who can compete internationally.
— The Sun Daily

Medan Gopeng is not express bus terminal: Exco
Claims that Medan Gopeng Terminal here has been reopened to pick up and drop off express bus passengers are not true.
— The Sun Daily

Seeing furious backlash, DAP’s Kit Siang pleads with Malaysians for trust and patience
Lim Kit Siang predicted he would lose his Iskandar Puteri seat if he had to defend it today with voters so suspicious of his DAP.
— Malay Mail

Suspect in botched robbery of delivery rider nabbed, accomplice at large
One of the suspects who attempted to rob a food delivery rider here but ended up dropping his mobile phone at the scene of the crime has been arrested.
— The Star Online

Malaysia morning news for May 1