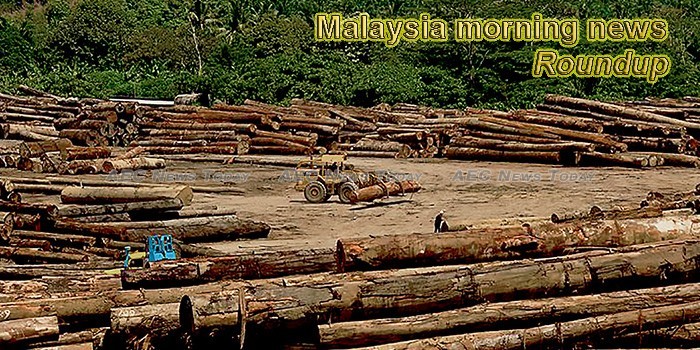 MITI committed to luring quality investments: Darell
A year has almost passed since last May’s watershed general election which saw a historic change, not only in government, but Malaysia’s entire political landscape which also steered the country’s economy in a different direction.
— New Straits Times

Malaysia heading towards smart prison systems
The Malaysian Prisons Department is studying the viability of using artificial intelligence (AI) systems in its facilities.
— The Star Online

Where does Malaysia stand on China’s Belt and Road?
AMONG the central narratives that swept the Mahathir Mohamad-led coalition into power in 2018 were two intricately interwoven accusations levelled at the former government.First, that Barisan Nasional’s shady dealings were burdening the Malaysian people with unsustainable debt and second, that by cosying up to China the party was putting self-interest ahead of national interest.
— Asia Correspondent

Digi Q1 earnings drop 11.5% to RM341.5mil, 4.3 sen dividend declared
Digi.com Bhd’s net profit for the first quarter ended March 31 came in at RM341.5mil, 11.5% lower than in the previous corresponding quarter on the back of lower revenue.
— The Star Online

Dr M wants to see Malaysia from his heydays as fourth PM
Tun Dr Mahathir Mohamad hopes to see the country’s economic performance return to that of the roaring 90s, or the zenith of his previous stint as prime minister.
— Malay Mail

CIMB says it has three IPOs in the pipeline amid soft market
CIMB Group Holdings Bhd has at least three initial public offerings (IPOs) in its pipeline this year despite subdued market conditions.”We have a few in the pipeline which we hope will happen this year.
— The Sun Daily

US don: It was too late for Malaysia to escape China’s web with ECRL
Malaysia could only renegotiate rather than cancel the East Coast Rail Link (ECRL) as China’s influence was already too rooted when Pakatan Harapan (PH) took over, according to one US economist.
— Malay Mail

Malaysia: What’s happening to the ringgit? – ING
Prakash Sakpal, economist at ING, believes that the latest selloff in Malaysian government bonds and the ringgit (MYR) is overdone as nothing has changed in country’s economic fundamentals to warrant such a sudden shift in investor sentiment.
— Fxstreet

A year on, Pakatan minister Salahuddin touts success of expanding durian sales to China
KUALA LUMPUR, April 23 — Datuk Salahuddin Ayub considers negotiating a pathway to market and export durians whole to China as among his best achievements as agriculture and agro-based industry minister. Detailing how inspectors from the General…
— Malay Mail

Salahuddin rates himself six out of 10 after a year as agriculture minister
KUALA LUMPUR, April 23 — Datuk Salahuddin Ayub has given himself an above average score when asked to rate his performance as agriculture and agro-based industry minister since Pakatan Harapan (PH) took over the government last May.
— Malay Mail

Syed Saddiq, Malaysia’s youngest minister, sees younger leaders in GLCs, agencies
Syed Saddiq Abdul Rahman believes that his biggest achievement since his appointment as youth and sports minister is bringing more youth to leadership positions. The 26-year-old, who made history on July 2, 2018 when he…
— Malay Mail

This world-beating stock may just be everyone’s cup of cocoa
Chocolate demand in Asia is booming, and this Malaysian company sits at the epicenter.
— The Star Online

Public Bank: Minimal impact if OPR is cut
There will only be a minimal impact upon Public Bank Bhd should Bank Negara decide to lower the overnight policy rate (OPR), said its MD and CEO Tan Sri Tay Ah Lek.
— The Star Online

Putrajaya to help Orang Asli by pushing indigenous eco and agro-tourism
Prime Minister Tun Dr Mahathir Mohamad has promised to help improve the livelihoods of the Orang Asli by helping them develop business opportunities in tourism. The 93-year-old said his government has formulated strategies…
— Malay Mail

Malakoff says fire at Tanjung Bin energy power plant doesn’t affect operations
Malakoff Corporation Bhd says a fire that occurred today at about 6am at the Tanjung Bin Energy Power Plant (TBE) in Pontian, Johor was an isolated incident which involves only the belt conveyor that carries coal to the power plant and does not affect the 1,000MW power plant itself.
— Malay Mail

Court of Appeal adjourns appeal hearing for wife of murdered bank manager
The Court of Appeal has adjourned the hearing of an appeal by Ling Hang Tsyr, the wife of slain bank manager Wong Jing Kui after one of the judges recused himself from the case.
— The Star Online

NGOs want end to race-based university admissions
Two groups called today for student and faculty admissions to universities to be based on merit instead of using racial quotas.
— Malay Mail

Ahead of anniversary, FT minister touts RM481m in public fund savings as largest feather in cap
PUTRAJAYA, April 22 — Federal Territories Minister Khalid Samad said the review of dubious land deals that ultimately saved RM481 million in public funds was the pride of his time so far in the Pakatan Harapan administration nearing one year in power.
— Malay Mail

FT Ministry seeks up to RM10b to buy over Kampung Baru land
TR The Federal Territories Ministry said it needs between RM6 billion and RM10 billion to take over land in Kampung Baru to develop the Malay enclave.
— Malay Mail

Malaysian doctor in Australia suspended over offensive comments
An Australian medical tribunal has placed a Malaysian doctor practicing in Victoria State on a six-week suspension for professional misconduct over numerous offensive posts he had made online on Singaporean tech forum HardwareZone.
— The Borneo Post