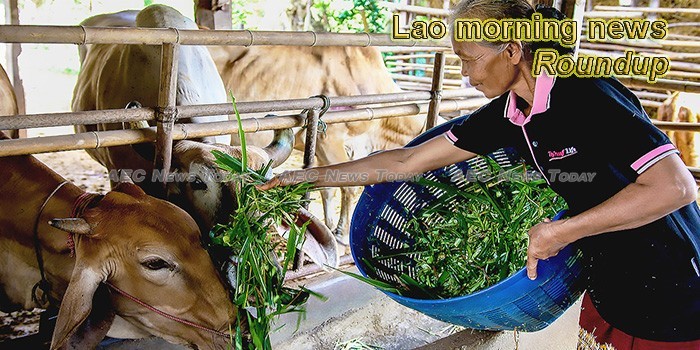 LAOS: Screws on Online Discourse Get Even Tighter
THE ABSENCE of independent media and shrinking civic space have effectively deprived the citizens of Laos of timely and qualitative information, including those that are critical in keeping them safe from harm.
— Philippine Center for Investigative Journalism

Ministry calls for end to alcohol advertising
The Ministry of Information, Culture and Tourism issued a notice last week banning the advertising of alcoholic beverages and activities that promote the consumption of alcoholic drinks.
— Vientiane Times (paywall)

Huaphan airport over 50 percent complete
The contractor is speeding up construction of the new Nongkhang airport in Xamneua district, Huaphan province, in the hope of completing the project at the end of this year.
— Vientiane Times

Lao exports via GSP, FTAs near 1.31 bln USD in 2018
Laos’ exports via the Generalised System of Preferences (GSP) and free trade agreements (FTAs) neared 1.31 billion USD last year, accounting for 24.3 percent of the total exports, according to the Lao News Agency KPL on May 6.
— Vietnamplus

Agriculture ministry sets growth targets
The Ministry of Agriculture and Forestry is aiming for agriculture to account for 3.4 percent of Gross Domestic Product by 2020.
— Vientiane Times (paywall)

UN EXPERT REPORTS OF ‘A NEAR-TOTAL LACK OF SPACE FOR FREEDOM OF EXPRESSION’ IN LAOS
Restrictions on civic space continue to be reported in Laos over the last few months.
— Monitor

Combating age-old beliefs can help save bears in Asia
Asiatic black bears, popularly known as “moon bears,” are facing a variety of threats throughout their range, which stretches from the Himalayas all the way to mainland Southeast Asia.
— Sustainability Times

Environmental concerns prompt govt to caution Naxaithong banana grower
The government has advised an investor preparing land for a banana plantation in Nanard village, Naxaithong district, Vientiane to grow other crops due to concerns about environmental impacts.
— Vientiane Times (paywall)

ASIANDATE RECOMMENDS SAVANNAKHET IN LAOS AS ITS EVOCATIVE BUT SURPRISING CHOICE FOR CITY OF THE MONTH IN MAY
AsianDate, the international dating service enjoyed by global singles seeking their best Asian matches, has announced a surprise choice as its City of the Month for May 2019.
— ABNewswire

The UXO Museum Showed Me How the US Destroyed Laos
Laos is the most bombed country in the world per capita. The horrific story behind this and its ramifications are found at the UXO Museum in Luang Prabang.
— Skye Travels