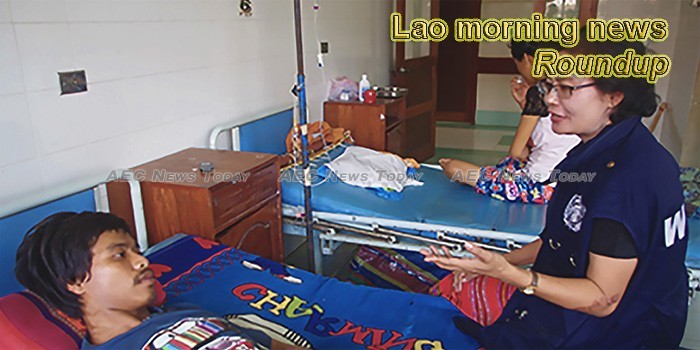 25 Year Span: Lao-Thai Friendship Bridge Quarter Century Anniversary Arrives Via Australian Aid
Hundreds of thousands of cross-border passenger and vehicle trips each year are made possible by the first friendship bridge that crosses the Mekong from Laos’ capital to neighboring Thailand and several additional spans just like it.
— The Laotian Times

Oudomxay ramps up efforts to become a tourist hotspot
Oudomxay authorities are accelerating their attempts to put the province on the tourism map and improve the attractiveness of various locations so that the area features more highly on visitors’ itineraries.
— Vientiane Times

Is it too late for Lao?
The Fourth Industrial Revolution is a train that you either get on or you’ll find yourself being left far, far behind.
— The Asean Post

Nation’s love of social media projected to grow this year
The number of people using social media is predicted to keep surging as telecom operators compete with each other to offer better services, a new forecast has revealed.
— Vientiane Times

Trade union body reviews progress in upholding workers’ rights
Representatives of the Lao Federation of Trade Unions (LFTU) and development partners met for their annual meeting in Vientiane yesterday to review progress in the strengthening of labour networks and discuss plans for 2019.
— Vientiane Times (paywall)

Fire guts Bokeo primary school
Five classrooms at a primary school in Khounbong village, Tonpheung district, Bokeo province were badly damaged in a fire that broke out at the school last week after children set light to some paper.
— Vientiane Times (paywall)