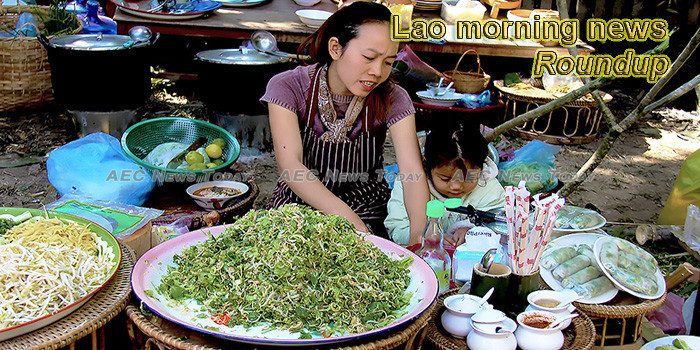 Laos Expects More Private Investment This Year
The Communist Lao government expects domestic and foreign private investment to climb to 23,086 billion kip ($2.7 billion) in 2019 from around $2.36 billion last year, accounting for 52.06 per cent of total investment or 13.95 per cent of GDP, the Vientiane Times reported.
— Investvine

Laos-China railway heralds new era of development
Laos’ decision to build a major railway not only proclaims its intention to become part of the global village but also indicates that the nation is ready to usher in a new era of peace, independence, friendship and cooperation.
— Inquirer.net

In Laos, spend the night in the world’s tallest treehouses
The Laos Gibbon Experience’s eight treehouses are among the tallest in the world, And the only way to access them is by zipline.
— KITV

From Laos With Love: Russian-made T-34 Tanks Head Home
Laos has long been a favored destination for Russian-produced military hardware, yet now some tanks are rolling back in the other direction.
— Laotian Times

Police plan to install CCTV cameras in South
Police have completed a survey and designed the installation of Closed-Circuit Television (CCTV) cameras on roads in four southern provinces, with 500-700 cameras planned for each province.
— Vientiane Times

191 telecom fraud suspects escorted back to China from Laos
A total of 191 telecom and Internet fraud suspects were brought back from Laos to central China’s Henan Province on two chartered airplanes under escort of Chinese police officers on Friday, according to authorities.
— Borneo Bulletin

Kings For A Day, Pastry Passions Of Lifetimes: Country’s French Patissiers Do La Galette des Rois
From Hotels to Bakehouses and more beyond, representatives the very best of the city’s patissiers were on show as the Ambassade de France au Laos hosted annual feast La Galette des Rois for Epiphany / 3 Kings Festival in Vientiane on January 10.
— Laotian Times

Govt may host its first video conference this year
The government plans to install a new communications system this year so the cabinet and provincial governors can hold video conferences.
— Vientiane Times

France returns to Laos
The geographical location of Laos, a small landlocked state surrounded by China, Thailand, Myanmar, Vietnam and Cambodia, has made it imperative for this country to pursue a well-balanced multi-faceted foreign policy that hinges on the development of a mobile system of economic and political counterbalances.
— Modern Diplomacy

Lao morning news for May 28