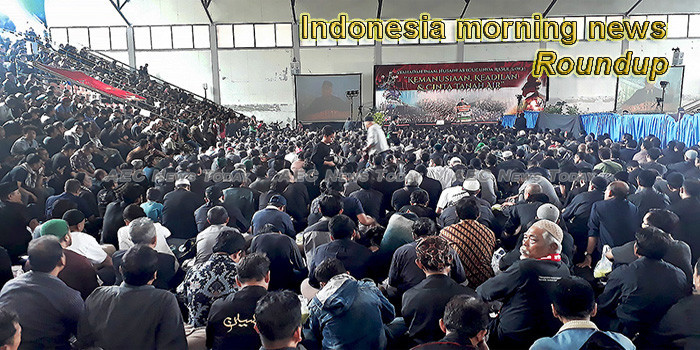 Foreign investments flow to neighbors instead of Indonesia: World Bank
Indonesia is struggling to attract foreign investments, which are instead going to neighboring countries such as Vietnam and Cambodia as they embark on deregulation and policy solutions, according to the World Bank.
— The Jakarta Post

Indonesia’s New Tax Incentives: What it Means for Investors
In June 2019, the Indonesian government issued GR 45/2019, which sets out a series of tax incentives for businesses that invest in labor intensive industries, training programs, as well as research and development (R&D).
— Asean Briefing

Nationwide protests mount against KPK Law revision
In response to a plan launched by the House of Representatives to revise a 2000 law on the Corruption Eradication Commission (KPK), mounting protests have emerged across Indonesia against what is widely feared to be efforts to weaken the antigraft agency.
— The Jakarta Post

China to be a big investor in Indonesia’s new capital city
China is said to be interested in investing in the public transportation sector in the new capital city in Kalimantan, Borneo.
— The Independent

Stalled Asia Trade Pact at ‘Point of No Return,’ Indonesia Says
Global trade tensions could derail a landmark regional agreement encompassing 16 countries including India, China and Australia if a deal is not struck by November, said Indonesian Minister of Trade Enggartiasto Lukita.
— Bloomberg

Soekarno-Hatta airport embraces online ride-hailing after years of resistance
Soekarno-Hatta International Airport in Tangerang, Banten, has shown its openness to embracing more ride-hailing services in its area after years of resistance in the form of stringent regulations and restrictions that forced passengers and drivers to play cat-and-mouse with the official taxis operating at the airport.
— The Jakarta Post

More local companies migrate to cloud computing to boost business efficiency
With high speeds, taking up less physical space, but with large capacities and associated with lower costs, there are many advantages to cloud computing.
— The Jakarta Post

Jokowi Agrees on Provincial Division in Papua, West Papua
President Joko Widodo or Jokowi has agreed on the provincial division (pemekaran) in Papua and West Papua as requested by Papuan figures during a meeting in the State Palace, Jakarta, on Tuesday, September 10.
— Tempo.co

Food, beverage vendors benefit from passenger crowds at MRT stations
Business seems to be thriving for dozens of small and medium enterprises (SMEs) that recently opened shop inside MRT stations in Jakarta.
— The Jakarta Post

Policewomen struggle for recognition amid force’s poor image
For Brig. Indah, the opportunity to become a police officer was a dream come true and being sworn in five years ago remains one of her proudest moments.
— The Jakarta Post

Tourism Minister on the Setbacks of Komodo Island Closure
Minister of Tourism Arief Yahya openly regrets the talks on the temporary closure of the Komodo National Park which presented a blow toward the tourism industry and has led tourists astray.
— Tempo.co

Overload, fatigue main factors in truck accidents
Fatal accidents involving trucks in Tangerang, Banten, late in July and another one that occurred a week later have put a spotlight on the lack of safety measures regarding freight trucks that are the backbone of trade and development in the country.
— The Jakarta Post

Police release alleged harasser of female motorist as victim declines to prosecute
The victim of alleged sexual harassment that occurred at Bekasi Square traffic intersection in Bekasi, West Java, has decided not to file a police report even though the police have arrested a suspect.
— The Jakarta Post

Police arrest motorcyclist after viral video shows him attacking pedestrian on Jakarta sidewalk
Motorcyclists driving on sidewalks are a common sight in Jakarta, but there may be renewed public outrage — or, at least, a renewed law enforcement drive — against them after a viral video highlighted the problem once again.
— Coconuts