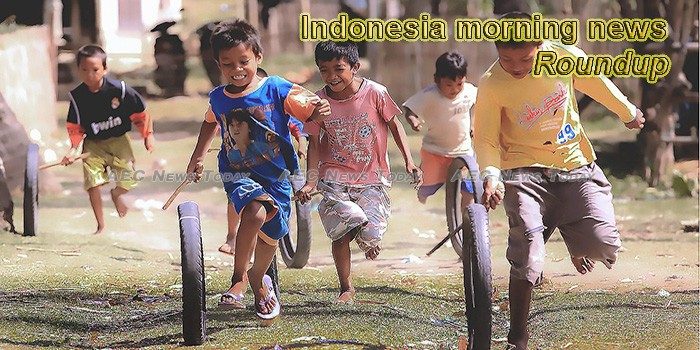 Ombudsman official demands grounding of all Boeing 737 MAX 8 in Indonesia
An aviation expert who is also an official at the Indonesian Ombudsman demanded that the Indonesian government ground all Boeing 737 MAX 8 aircraft that were still operating for Indonesian airlines following a fatal crash of an Ethiopian Airlines flight on Sunday, which killed 149 passengers and eight crew members in a town 60 kilometers southeast of Ethiopian capital Addis Ababa.
— The Nation (annoying popups)

Regional connectivity is one of priority programs : PUPR Minister
The Ministry of Public Works and Public Housing (PUPR) of the Republic of Indonesia states that infrastructure development that connects with one area in both the rural, district and provincial areas is one of the priority programs that will be implemented in 2019.
— Antara News

Furniture, Crafts Export Target Set at US$2.9bn
The Indonesian Furniture and Handicraft Industry Association said the furniture export target for this year is set at US$2 billion. HIMKI secretary-general Abdul Sobur said the target was almost achieved several years ago, but it did not happen as several companies left the association.
— Tempo.co

Indonesia encourages women to learn digital tech through learning initiative
The Ministry of Communication and Information has collaborated with a mobile telecommunications company to encourage Indonesian women to be more literate in digital technology.
— Open Gov Asia

Strong wind destroys 50 houses in Sumenep
The Sumenep Disaster Mitigation Agency (BPBD Sumenep) reported on Monday that strong wind during the weekend had destroyed at least 50 houses in several villages in the East Javan regency. No casualties were reported.
— The Jakarta Post

Indonesian killed in ET302 crash was UN officer, ministry confirms
An Indonesian passenger of Ethiopian Airlines flight ET302 that crashed on Sunday was an on-duty United Nations officer, the Foreign Ministry has confirmed.
— The Jakarta Post

Indonesian Art Group Named to Lead Documenta
Documenta is one of the most respected art events in the world. The art program is held every five years in Kassel, Germany.
— VOA News

Urban poor group screens and votes for candidates in first ever convention
The general election is still a month away but for some residents the voting has already begun, as on Sunday over a hundred members of the Jakarta Urban Poor Network cast their ballots to select legislative candidates hoping to win their support..
— The Jakarta Post

Indonesia President Jokowi still battling cost of living as elections loom
Indonesia will hold its presidential and legislative elections on April 17. With more than 192 million people eligible to vote, it will be the country’s largest polls since direct elections were first held 15 years ago.
— Straits Times (paywall)

Tasting trans-Sumatra connectivity
“You have not visited Medan, if you haven’t tasted durian of Ucok” that is the tagline of the famous durian store in the capital of North Sumatra.
— The Jakarta Post

Bond traders raise bets Indonesia, Philippines next to cut rates
The chill winds of slowing global growth that convinced the Federal Reserve to stop raising interest rates are making themselves felt in Southeast Asia – nowhere more so than in the bond market.
— Free Malaysia Today

Jokowi: Pre-Employment Card Valid for 6 to 12 Months
Incumbent presidential candidate Joko Widodo or Jokowi earlier promised that he would issue a pre-employment card. The cardholders, who are unemployed people, would receive fund assistance.
— Tempo.co

Catriona makes Indonesian President Widodo blush
It’s no surprise that Catriona Gray, the reigning Miss Universe, is a captivating presence in any room she enters — and that appeared true as she came face to face with the top official of Indonesia.
— ABS CBN

Activists challenge ‘don’t-vote’ calls with free heavy metal concert
Heavy metal musicians teamed up with democracy campaigners to stage a free concert in Surakarta, Central Java, in a bid to get young people to vote in the elections next month.
— The Jakarta Post

Transjakarta offers free rides between Bekasi, Jakarta on Mondays
Free Transjakarta rides from Summarecon Mall in Bekasi, West Java, to Jakarta will be provided every Monday for the next two months to encourage motorists to switch to public transportation.
— The Jakarta Post