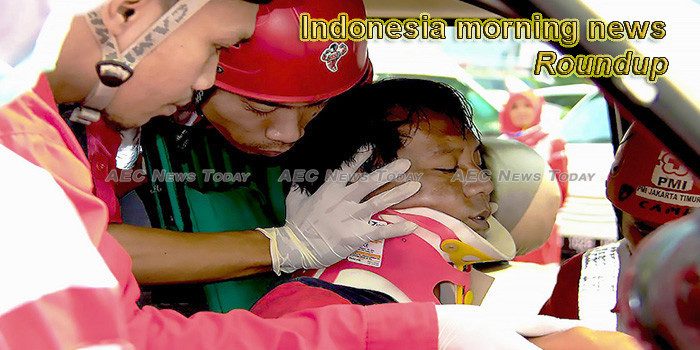 Indonesia / More than 4000 dead after year of devastating disasters
Indonesia has been rocked by a series of destructive natural disasters in the past 12 months, with the death count at its highest in over a decade.
— Southeast Asia Globe

Indonesia to tax assets kept hidden during amnesty
Indonesia‘s government has issued new regulations aimed at tracing and taxing the wealth of taxpayers who were not pardoned in the nine-month tax amnesty that ended in March.
— Lakeland Observer

Disaster agency predicts at least 2,500 natural disasters will hit Indonesia in 2019
Indonesia is likely to continue to be vulnerable to natural disasters throughout 2019, according to the National Disaster Mitigation Agency (BNPB), even as the country is still recovering from three major, deadly disasters in 2018.
— Coconuts Jakarta

Odd-Even Policy Extended; Anies Baswedan: Motorcycles Unaffected
Jakarta Governor Anies Baswedan did not have a plan to impose the odd-even policy for motorcycles in the capital city.
— Tempo.co

12 graves desecrated in Magelang, police rule out religious hate crime
After a huge controversy regarding the sawing off of a wooden cross grave marker in Yogyakarta last month, the neighboring city of Magelang saw another possibly religiously motivated desecration of graves, though the police don’t seem to think it constituted a hate crime
— Coconuts (paywall)

KPU: Report on 7 Containers Full of Voted Ballot in Priok is Hoax
The General Election Commission (KPU) affirmed that reports on 7 containers in Tanjung Priok Port storing voted ballots is a hoax. The KPU has checked the issue to the port where the news suggested.
— Tempo.co

Foam in Sentiong River, Anies to Limit Hard Detergent Usage
Jakarta Governor Anies Baswedan assumed that hard detergent mostly used in households is the main cause of overflowing foams in Sentiong River or known as the Black River a.k.a. Kali Item in North Jakarta.
— Tempo.co

BNPB calculates losses of Sunda Strait tsunami
The National Disaster Mitigation Agency (BNPB) is still calculating the losses caused by the Sunda Strait tsunami that hit five districts in the Indonesian provinces of Banten and Lampung, according to BNPB spokesman
— Antara News

Teacher sentenced to prison for recording principal’s sexual harassment files for judicial review
President Joko Widodo is one of many Indonesians to have voiced concerns about the controversial case, promising that he would look into giving Baiq Nuril a presidential pardon should her judicial review fail.
— Coconuts Jakarta

‘So no one would marry her again’: Man in Aceh pours boiling water onto wife for wanting to divorce him
A horrifying crime and a stark reminder that domestic violence remains a huge social problem in Indonesia even in 2019.
— Coconuts Jakarta

Outlook: Happy news for some sectors in 2019
Although 2019 is expected to see a repeat of the previous year’s challenges, some sectors have a rosier outlook than others.
— The Jakarta Post