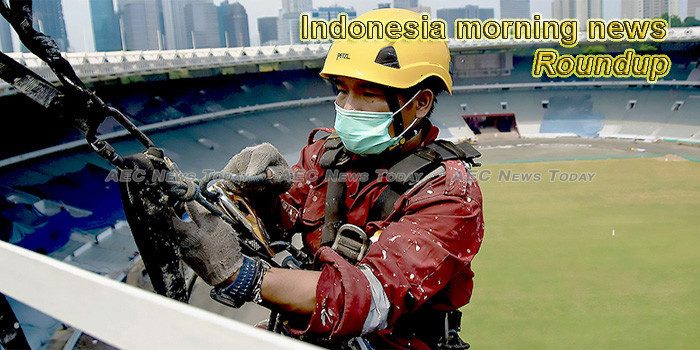 Balance of Payments: BI Governor Projects US$5bn Surplus
Bank Indonesia (BI) Governor Perry Warjiyo said there would be a US$5 billion surplus in the state’s balance of payments for the fourth quarter of 2018. This is a huge rebound after the deficits in quarters two and three.
— Tempo.co

BKPM records Rp 721.3t investment in 2018
The Investment Coordinating Board (BKPM) has recorded Rp 721.3 trillion (US$51.1 billion) in foreign and domestic investment throughout 2018, up 4.1 percent from the year before.
— The Jakarta Post

Indonesia’s Medco to buy Ophir for $511 mln in Southeast Asia push
Indonesian oil and gas group Medco agreed to buy London-listed Ophir Energy for a sweetened cash bid of $511 million, as it looks to boost its Southeast Asia portfolio and gain access to international assets.
— Nasdaq

PUPR Ministry Projects Spending Rp21tn to Build 9 Dams Next Year
The Public Works and Public Housing (PUPR) Ministry plans to build nine dams in 2019. The project is targeted to be completed in 2023.
— Tempo.co

Government, central bank agree to three inflation control steps
The government and Bank Indonesia (BI) have agreed to three strategic steps to control inflation in 2019, so that it will meet the target range of 2.5 to 4.5 percent year-on-year (yoy).
— Antara News

Govt to Monitor Foods, Airline Paid Baggage to Control Inflation
The government will seek to keep inflation at 3.5 percent (plus/minus 1 percent range) this year, the same as 2018’s target. One way to do this is to control inflation stemming from volatile food items; keeping it within a maximum range of 4 to 5 percent.
— Tempo.co

Court rules checking GPS while driving jailable offense
The Constitutional Court has ruled that checking the GPS on a mobile phone while driving is punishable by up to three months’ imprisonment, as stipulated in the 2009 Traffic Law.
— The Jakarta Post

Indonesia Update: Restrictions on the Use of Proceeds from the Export of Natural Resources and Implications for Offshore Lenders
The Indonesian Government recently announced its 16th Economic Policy Package (Paket Kebijakan Ekonomi ke-XVI) as a domestic response to the pressures of global economic developments, including pressure on the Indonesian Rupiah – a particularly sensitive issue in the lead-up to Indonesia’s parliamentary and presidential elections in April.
— Lexology

A Complete Guide To Sports Nutrition Registration In Indonesia
If you want to distribute or import sports nutrition products to Indonesia, you will first need to register them.
— Indonesia Expat

More Indonesians choosing to eat out than cook at home
Mr Supriyono sat on a chair in a packed fast-food restaurant in the city of Ciputat, in Indonesia’s Banten province, last Friday evening (Jan 25).
— The Straits Times