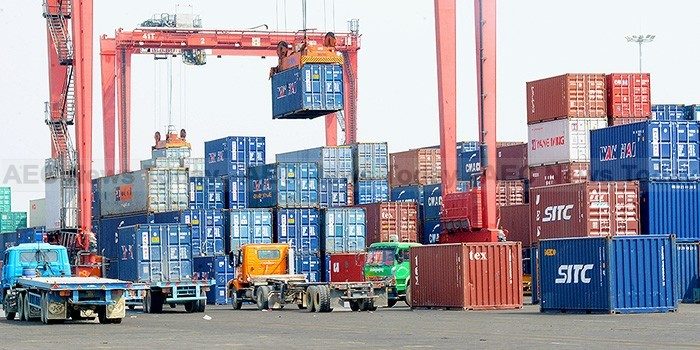 The European Chamber of Commerce in Cambodia (EuroCham) has called for the European Commission (EC) deciding Cambodia’s future entitlement to import concessions under the ‘Everything But Arms (EBA)’ trade scheme to have a ‘sober second thought’.

The call came in a media release issued today (Sep 25) which said suspending Cambodia’s access to the trade concessions ‘will be tantamount to sanctions. These will, it said, ‘jeopardise European investments, the European business community, European development initiatives, and the livelihoods of Cambodian citizens’.

The potential loss of concessions provided under the EBA scheme are part of a double whammy threatening to cause Cambodia society and exporters a lot of pain in the new year, with the US threatening to do similar under its Generalised System of Preferences (GSP) scheme.

Both potential suspensions are the result of human and labour rights concerns and restrictions on freedom of expression, in particular the 2017 court-dissolution of Cambodia’s former largest opposition party, the Cambodia National Rescue Party (CNRP).

Self-styled ‘acting president’ of the dissolved CNRP in self-imposed exile, Sam Rainsy, has constantly lobbied the EU, individual member states, and US politicians to remove the concessions in an attempt to force the Cambodian government to allow his and the CNRPs return and fresh elections.

In February the Collective Union of Movement of Workers (CUMW) said it did not support Mr Rainsy, with CUMW president Pav Sina saying workers have the right to protest against Mr Rainsy if there is a withdrawal of the preferential agreement.

“If we look at some countries, we see that their politicians do not do that – ask the international community to put sanctions on their own countries or cut off the economic standing of their citizens”, he told The Phnom Penh Post (The Post).

Similar sentiments were expressed at the time by Fa Saly, president of the National Trade Union Coalition (NTUC), who wrote on his Facebook page that ‘if the EBA is withdrawn from the textile, garment, footwear and bag sectors, those who asked the EU to withdraw its trade preferential system will be punished immediately.

‘EBA withdrawal will not promote respect for human rights, working conditions or democracy, but will instead make Cambodians face unemployment, deteriorating human rights, and a loss of democracy because of the issue’, he wrote.

According to excepts of an alleged leaked report published by The Post last month, loss of the EBA could see Cambodia’s economic growth contract to 6.5 per cent in 2020, a 13.33 per cent fall on 2018’s 7.5 per cent growth. Economic growth for 2019 is already subdued over last year, forecast at 7.1 per cent.

The Garment Manufacturers Association of Cambodia (GMAC) has previously said that loss of the EBA will “result in large job losses across the garment, footwear, and travel goods labour force”.

Some 750,000 Khmer are directly employed in these sectors, supporting about three million family members. Loss of the tax waiver would ‘be a sad and regrettable outcome for GMAC and its workforce’, it said in a statement last month.

According to the EuroCham media release, which contained no attributable source, the chamber has grown to become ‘the most prominent and respected business association in Cambodia. A withdrawal of the EBA will irreparably undermine our efforts and those of our members.

‘The European Union will further boost its influence and its reputation in Cambodia and in the greater region of Southeast Asia with an agreement that will preserve the EBA.

‘Such an agreement must acknowledge the unique character of the political sphere in Cambodia, it must place the lives of working men and women at the forefront and it must take into account the investments of European businesses and the countless jobs that go with them’, the statement said.

Last October EuroCham called on the EC to immediately “state its objectives” following a warning on October 5 by European Commissioner for Trade, Cecilia Malmstrom, that EBA trade preferences would be withdrawn unless the Cambodian government made “clear and demonstrable improvements” to human rights and democracy.

Established in 2011, EuroCham Cambodia is the largest Western business association in the country with members drawn from more than 350 companies.

A timetable announced by the EU last year said that the EC will make its announcement on Cambodia’s continued access to the EBA in December, with the result coming into effect six months after that.

Timed as if to influence that announcement, Mr Rainsy recently announced plans to return to Cambodia on November 9.

Earlier this week a media release issued on behalf of the CNRP said it was ‘preparing a budget for the members of the military that defect from [Prime Minister] Hun Sen and turn themselves over to protecting the people on November 9’.

The Cambodian government has labelled the claims of an attempted return (Mr Rainsy is blacklisted from Cambodia and international arrest warrants have reportedly been issued to neighbouring governments and Interpol) as an attempted coup d’état. Cambodia’s Ministry of Justice (MoJ) warned last week that anyone convicted of supporting such an attempt faced up to 10 years in jail.

Barriers remain to Cambodia’s rush to a digital economy