Cambodia morning news for May 14 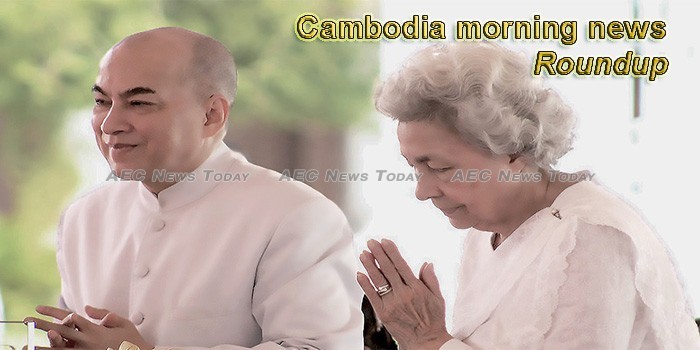 Cambodia Dismisses Chinese Naval Base Editorial as Part of ‘Misinformation’ Campaign
Cambodia’s government has again denied that it will allow China to build a naval base on its coast, dismissing a recent editorial about the likelihood of such a project as “misinformation” aimed at damaging the country’s international image.
— Radio Free Asia

Rocket Man! Scrap Dealer Accidentally Buys UXO
A scrap metal dealer made a mistake after he bought an S-5K rocket. The Soviet era explosive was reported to the police at 11:40 AM on May 13, 2019, who collected it from the shop on Street 1013, Phnom Pek Phnom Penh Thmey, Khan Sen Sok district.
— Cambodia News English

Napping in the Pacific and millions spent changing very few lives: time to recast Australia’s role in the region
A new or re-elected government will give us a chance to better support our neighbours in Asia and the Pacific. The behaviour of the last one hasn’t been good
— Canberra Times

Young Singer-Songwriters Hope to Revitalize Cambodian Music Industry
These young artists were selected to come to America on the International Visitor Leadership Program (IVLP), sponsored by the U.S. Department of State.
— VOA Cambodia

Behind the Wheel: The Goodwood Estate, in the fast lane for sustainable growth
What does the English ancestral home to the Dukes of Richmond have in common with one of the largest capital goods companies in the world?
— Cambodia News Gazette

Chinese embassy to work with police over viral gang footage
The Chinese embassy issued a statement on Sunday saying that Chinese police will work with their Cambodian counterparts to investigate footage showing unidentified Chinese nationals threatening to cause insecurity in Preah Sihanouk province.
— Khmer Times

PM Oli off to Cambodia from Vietnam
Prime Minister KP Sharma Oli has left for Cambodia after wrapping of his five-day official visit to Vietnam this morning.
— The Himalayan Times

Brewing up nicely: Cambodia’s rapidly growing taste for craft beer
Craft beer can be a hard sell. How do you convince people used to paying US$1 or less for a pint of beer to fork out three or four times as much for something new and different?
— ASEAN Today

Cambodian PPP course trainees visit Gu’an New Industry City
A China-Cambodia training course focusing on the practice of the Public-Private Partnership (PPP) model in China, was held in Beijing from May 6 to 10. A total of 30 senior officials from the Ministry of Economy and Finance and other ministries of Cambodia participated in the training.
— China.org.cn

10 Photos That Will Make You Want to Visit Cambodia
Cambodia is amazing and should definitely be on your travel to-do list. There’s Angkor Wat, the world heritage site made up of dozens and dozens of ancient temples, the bustling city of Phnom Penh and all the other breathtaking sites along the way.
— Forbes

CPU Call For Teacher Checks As Filipino Charged
The Filipino suspect, 27 years old, works as a English teacher in Westland School in Kandal has been charged under article 241 (aggravated rape) by Takhmao police after allegedly sexually abusing a 4-year-old girl in a bathroom at 10:15 am, May 9, 2019 in Takhmao, Kandal Province, according to James McCabe of CPU.
— Cambodia News English

Tourist arrivals up by 10 percent – Chinese up by 35%
A Tourism Ministry report published on Friday said that Cambodia saw a 9.7 percent increase of foreign tourist arrivals during the first quarter of this year.
— Khmer Times