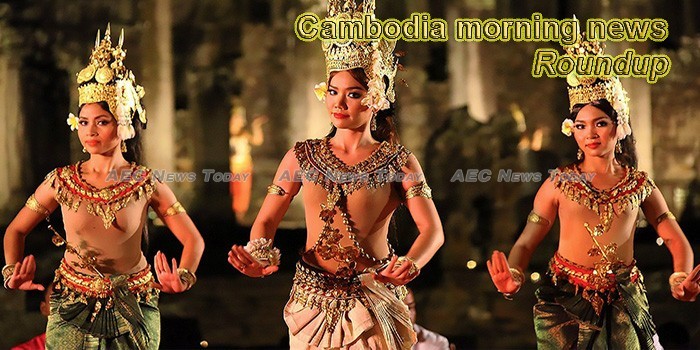 Facing No Opposition, Cambodia’s Ruling Party Expects Easy Local Election Wins
Cambodia’s ruling party is preparing for local elections to be held in May, but few Cambodians appear to be paying much attention to what has become largely a sideshow after the Cambodian People’s Party banned the main opposition two years ago and handed their jobs to loyal officials.
— VOA Cambodia

Traffic Accidents Up 47 Percent during Khmer New Year Holiday
Traffic accidents during the Khmer New Year holiday 2019 saw an increase by 47 percent compared to the same period in the previous year, according to a report of the Traffic Police and Public Order Department of the General Commissariat of National Police.
— Agence Kampuchea Presse

Cambodia’s Ruling Party Backs Off Threats to ‘Extradite’ Opposition Demonstrators From South Korea
Cambodia’s ruling party has backed off of earlier threats it would request that the government of South Korea extradite members of the banned opposition Cambodia National Rescue Party (CNRP) as they gather in Gwangju this weekend in protest of Prime Minister Hun Sen’s regime.
— Radio Free Asia

A Rainy, Sweaty Week Ahead
The Ministry of Water Resources and Meteorology released an announcement on April 18 predicting that more low pressure across Cambodia will bring heavy to moderate rain showers throughout the country from today until April 24, 2019. There could be a risk of localised flash flooding in some areas.
— Cambodia News English

Temperature Continues to Rise from Tomorrow
Cambodia would continue to be hit by high temperature, starting from tomorrow until April 24, according to a new forecast of the Ministry of Water Resources and Meteorology (MOWRAM).
— Agence Kampuchea Presse

PM’s and MoI’s KNY review
Prime Minister Hun Sen today (April 18) praised, via Facebook, that Khmer New Year ended happily and fruitfully, and wished that all travellers return home and to work safe and sound. He stated that it was the last day of free public transportation.
— Khmer Times

Storm damage galore
More than a hundred were destroyed or damaged by storm winds in Banteay Meanchey and Siem Reap provinces during the Khmer New Year holidays.
— Khmer Times