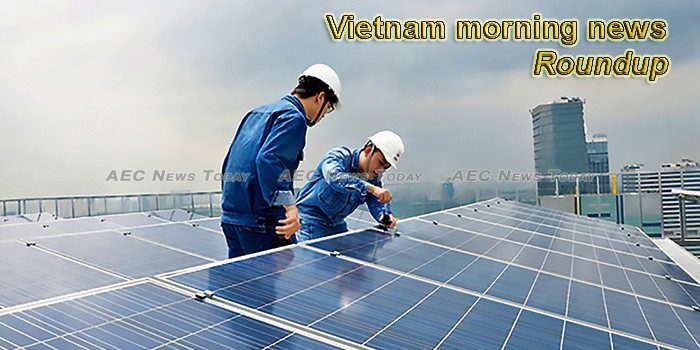 Coal exports increase sharply in October
Vietnam’s export turnover in October was estimated at US$20.80 billion, down 1.5% from the previous month. Telephones and components saw the sharpest decrease with 21.4%, however, coal exports have rocketed by 45.3%.
— Nhan Dan Online

Siam Cement gets $3.2bn for Vietnam chemical project
Thai industrial conglomerate Siam Cement Group has obtained a combined $3.2 billion loan from six local and foreign banks to press ahead with its investment in a long-delayed petrochemical complex in Vietnam.
— Nikkei Asian Review

Cold chain market to reach $1.8 bn by 2021
Growth in Vietnam’s cold chain industry has substantial potential according to the Vietnam Cold Chain Market – Outlook to 2021 study released by the Indian-based Ken Research on October 24.
— VietnamNet Bridge

Number of aviation passengers up in first 10 months
About 36,600 flights took off from and arrived in Vi?t Nam in October, marking an increase of 12.6 per cent compared with the same period last year, reported the Civil Aviation Authority of Vi?t Nam (CAAV).
— Viet Nam News

Trong’s strength hides weakness in Vietnam
The recent appointment of Vietnam’s Communist Party chief Nguyen Phu Trong as the state’s new president – the first time an apparatchik has held both positions since the 1960s – has signaled to some his rise as a new dictatorial strongman in a system that has long been ruled by consensus.
— Asia Times

Logistics remain key for Vietnam’s sustainable development: CIEM
High logistics cost is one of the main barrier for the sector`s development in Vietnam.
— The Hanoi Times

Hanoi welcomes over 13 million visitors in Jan-Oct
In October alone, the number of foreign visitors to Hanoi is estimated at 355,000, a 1.4% increase from the same period last year.
— The Hanoi Times

Traffic accidents drop 8.2% in 10 months
As many as 14,845 traffic accidents have been reported during the first 10 months of this year, killing 6,674 people and injuring 11,549 others, according to the General Statistics Office of Vietnam (GSO).
— Vietnam Insider

Experts encouraged by exports
Experts judged that the national export goal and trade deficit rate next year set by the Government was feasible.
— Bizhub

Construction firm Vinaconex sees revenue and profit down
The Vi?t Nam Construction and Import-Export Joint Stock Corporation (Vinaconex) saw both revenue and post-tax profit down in the third quarter this year, by 8.7 per cent and 29 per cent, respectively.
— Viet Nam News

Popular noodles in Vietnam return to Japanese origins
According to a report on The Asahi Shimbun, Osaka-based Acecook Co. will start marketing the packages by targeting retailers dealing with Vietnamese foodstuffs in the Kanto region in November of this year.
— Vietnam Insider

Vietnam set to bring Hanoi airport expansion back to front burner
The government is considering the expansion of Hanoi’s Noi Bai International Airport to handle 80-100 million passengers a year by 2050.
— VnExpress