Vietnam Morning News For May 7 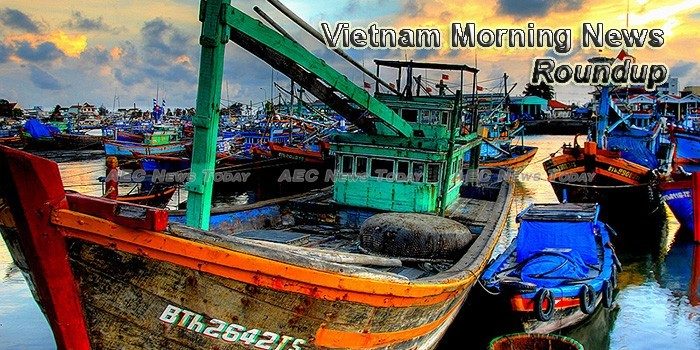 Shrimp industry ambitious for $4.8 billion export plan
Vietnam’s shrimp exporters are expected to meet the US$4.8 billion export target this year thanks to market advantage and competitive improvement of added-value products.
— The Hanoi Times

New regulation in textile industry postpones until next year
The application of a new regulation on formaldehyde and aromatic amines limits used in Vietnam’s textile industry will be postponed until January 1 next year, instead of May 1 this year as planned earlier, the Ministry of Industry and Trade announced on its website.
— The Hanoi Times

Visa exemption extended for 3 years
Tourists from the United Kingdom, France, Germany, Spain and Italy will continue to be exempted from visa until June 2021, Prime Minister Nguyen Xuan Phuc said at a Government meeting on Thursday.
— Bizhub

Behind the lobbyists who drew Trump to Vietnam
The Washington-based lobbying firm hired by a major Vietnamese military-run company to promote its defense-related interests is at the center of legal proceedings brought against a close associate of US President Donald Trump.
— Asia Times

Fruit-vegetable surpasses crude oil in export earnings
The export value of fruit and vegetable in the first four months of 2018 has exceeded earnings from crude oil for the first time ever, according to the Ministry of Agriculture and Rural Development.
— VietnamPlus

Banks tighten lending rules
Many commercial banks in the country have increased loan interest rates by 1-2 per cent to investors in real estate as property prices continue to rise.
— Bizhub

Remittance to Vietnam on the Rise
Vietnam received nearly US$13.8 billion in remittances in 2017, making it the eighth highest recipient of remittances in the world.
— Vietnam Briefing

Certificates of origin to be issued by exporters next year
Vietnamese exporters to the European Union (EU) will be obliged to issue self-certification of origin (C/O) from next year to be able to enjoy the Generalized System of Preferences (GSP).
— The Hanoi Times