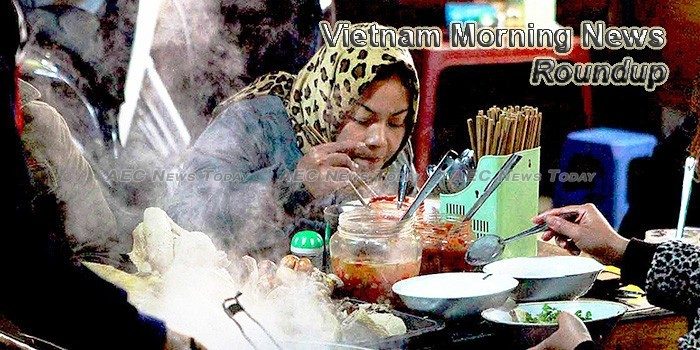 Gov’t asked to help automakers overcome difficulties
Auto businesses are concerned about Viet Nam’s future policy orientation with regard to the auto industry, which they think will affect their business strategy.
— Bizhub

​Vietnam’s shrimp export likely to miss $10bn target due to price drop
Vietnam has seen the ten-year lowest price of shrimp, leading the country’s target of US$10 billion in shrimp export by 2025 to the edge of failure.
— Tuoi Tre

Property tax plan postponed at least until 2020
Tax on houses valued at more than VND700 million (US$30,800) will not be applied at least in the next two years as the property tax law is still being studied, Nguyen Van Phung, director of the General Department of Taxation’s large-sized enterprises division, said.
— The Hanoi Times

E-finance system to be operational in 2025
The Ministry of Finance is taking initiative in applying technological achievements of the fourth industrial revolution to be able to provide smart financial services in 2025.
— The Hanoi Times

Vietnam scraps regulations to facilitate internet-based businesses
The Vietnamese Government has issued a decree, known as Decree 27, for the removal of many business regulations which will make it easier to conduct business on the internet.
— Nhan Dan Online

Vietnam, with its low property prices, has become a new treasure hunting ground for Hong Kong and China buyers
With properties priced at a discount to those in neighbouring Singapore and Thailand, Vietnam is rapidly drawing Hong Kong and China investments its way and becoming a popular investment destination.
— South China Morning Post

Vietnam’s GDP projected at 7% in 2018
The country’s growth domestic production (GDP) could reach 7.02 percent this year at the best scenario, according to the National Center for Socio-economic Information and Forecast (NCIF).
— The Hanoi Times

Conference highlights CPTPP’s commitments, tips for businesses
The Vietnam Chamber of Commerce and Industry (VCCI) and the Ministry of Industry and Trade co-hosted a conference in Hanoi on May 22, focusing on basic commitments of the Comprehensive and Progressive Agreement for Trans-Pacific Partnership (CPTPP) and recommendations for businesses.
— Nhan Dan Online

Lotte Mart rejects loss reports
Lotte Vietnam Shopping Joint Stock Company (Lotte Mart Vietnam) has written to the Ministries of Information and Communications and Finance and the media dismissing the false reports in some newspapers that it has made losses of VND2.3 trillion (US$100.87 million) in its 11 years in Viet Nam.
— VietnamNet Bridge

Vietnamese, Thai publishers seek partnerships
The Thai Embassy in Vietnam and the Publishers and Booksellers Association of Thailand co-organised a networking event in Hanoi on May 22 to connect Vietnamese and Thai publishing companies.
— VietnamPlus

Dozens of taxes, fees burden VN car users
There are also many kinds of official taxes and fees on cars.
— VietnamNet Bridge

Vietnam’s stock market falls from 1,000 points
Vietnamese Deputy Prime Minister Vuong Dinh Hue demanded relevant authorities to find out why the stock market has been so volatile over the past few months.
— VnExpress

Moving Vietnam War monument will cost $152,000
No doubt many have been moved while visiting the Vietnam War Monument in South Bend.
— WNDU (video)