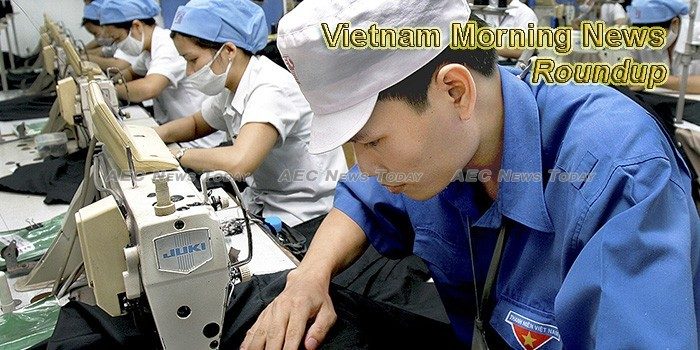 Financial experts urge caution against dollar loans
Experts have warned enterprises to be more cautious with their US dollar loans amidst a significant rise in the lending and appreciation of the greenback.
— Bizhub

Vietnamese railway leaders severely criticized for consecutive accidents
Leaders of Vietnam’s state-owned railway corporation have been ‘seriously criticized’ – one of the lightest punishments in the country’s employment law – for their responsibility for successive serious train accidents that claimed two lives in May.
— Tuoi Tre

The future of UK-Vietnam trading relationships
Trade Minister Greg Hands speaks to businesses at the UK-Vietnam Joint Economic and Trade Committee (JETCO) in Manchester, on government support for trade with Vietnam.
— Gov.UK

Vietnam earnings from produce rise
Vietnam earned nearly US$1.7bn from exporting fruits and vegetables in the first five months of this year, up 19.6 per cent on 2017, according to Ministry of Agriculture and Rural Development figures quoted on Xinhuanet.com.
— Fruitnet

Old phones find matches in HCM City
DESPITE smartphone manufacturers’ best efforts, there is still a big market in Vietnam’s HCM City, often driven by nostalgia, for old feature phones, which is driving their prices to unreasonable levels.
— The Nation

Vietnam taking PH model on WESM establishment
State-run Vietnam Electricity (EVN) is sending teams to the Philippines to study and catch sight of a first-hand reference on how it can develop its electricity spot market for the Vietnamese power sector.
— Manila Bulletin

FMCG market forecast to grow at 5 per cent this year
Sales of fast moving consumer goods have slowed down this year in both urban and rural areas, according to Kantar Worldpanel, a global expert in shoppers’ behaviour.
— Bizhub

Hanoi revisited: perspectives from our former ambassador
Komgrit Varakamin reflects on the changes he HAS discovered in modern-day Vietnam What does Hanoi look like today compared with the city I first saw in 1985? My prompt answer to that question is that Hanoi is much more modern and developed now than when I first visited 33 years ago.
— The Nation