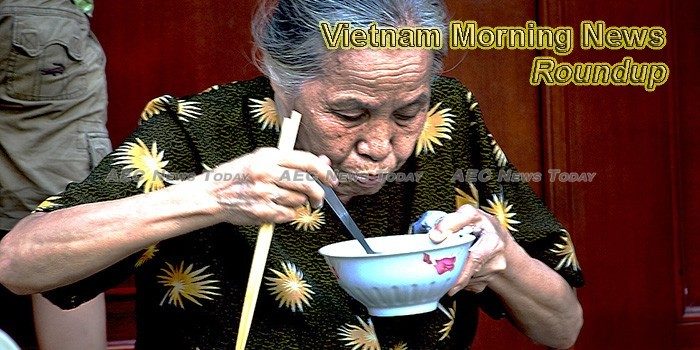 Manufacturing Business Surges In Vietnam
Manufacturing activity in Vietnam improved to one of the largest extents since the survey began in March 2011, Nikkei Asian Review reported.
— Investvine

Domestic, FDI business partnerships provide spark for electronics
The electronics industry is a typical example of Vietnam’s success in the development and integration process.
— VietnamNet Bridge

Vietnam PMI accelerates to 55.7 in June
The manufacturing sector in Viet Nam continued to expand in June, and at an accelerated rate, the latest survey from Nikkei revealed on Monday, with a manufacturing PMI score of 55.7 from 53.9 in May.
— Bizhub

Vietnam sees over 64,500 new enterprises established in H1
The rise in the number of business formations demonstrates that investors are likely to have gained more confidence in the domestic business climate.
— The Hanoi Times

​Vietnam gives three-year extension for visa waiver to 5 European countries
Tourists to Vietnam from the UK, France, Germany, Spain and Italy will continue to be exempted from visas until June 2021
— Tuoi Tre

Quang Ninh develops OCOP products with focus on quality
The northeastern province of Quang Ninh is developing its own brands through the One Commune One Product (OCOP) programme.
— VietnamPlus

From the best to the worst: torrid Q2 for Vietnam stock market
Global tensions and investors selling stocks have seen Vietnamese exchanges swing from one extreme to the other.
— VnExpress

Life on the line: The railway people of Hanoi
Ms Vu Thi Khoa washes her dishes in a plastic basin outside her home using water from a makeshift hosepipe. As she carefully scrubs away the dirt, she issues a frank and stern warning.
— The Straits Times

Vietnam conservationist inspires love for nature worldwide
Becoming a wildlife conservationist to save species such as bears, rhinos and elephants from illegal trade was Nguyen Thi Thu Trang’s childhood dream. And today, she is living it.
— News Info

Severe heat wave continues in northern, central Vietnam
The hot spell in the northern and central regions over the past days will continue until the weekend, according to the National Centre for Hydro-Meteorological Forecasting (NCHMF).
— VietnamNet Bridge

Philippines Morning News For May 16