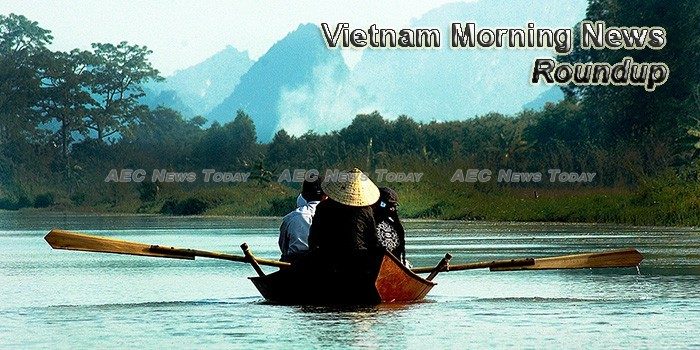 Digital economy is the future for Vietnam
Nhan Dan newspaper talked to some Vietnamese experts about the advantages of the digital economy in the course of applying the fourth industrial revolution.
— VietnamNet Bridge

Developing Vietnam’s cultural industry
The “cultural industry” is an umbrella term for the combination of the industries involved in the creation, production, distribution, and consumption of cultural or creative products and the protection of intellectual property rights.
— Nhan Dan Online

Bank listing may boost financial sector: BSC
The listing of nine commercial banks in 2018 is expected to boost the banking sector, as well as the entire securities market.
— Viet Nam News

HCM City’s farm production shoots up
The average production value per hectare of agricultural land in Ho Chi Minh City has increased year after year even as the area shrank, according to the municipal Department of Agriculture and Rural Development.
— VietnamPlus

Almost 375,000 tourists visit Hà Noi during Tet holidays
The number of international tourists to the capital city of Ha Noi are estimated to rise by 30 per cent to 125,000 people during the week-long.
— Bizhub

EVFTA a double edged sword of challenges and benefits for agriculture sector
The Vietnam-EU Free Trade Agreement (EVFTA) is set to come into force this year and with its benefits will also come great challenges for the future of agriculture, which has been a sensitive field for both sides during the negotiation process.
— VietnamNet Bridge

Spotlight Shines on Vietnam as Southeastern Asia MRO Market Prepares for Rapid Growth
Aviation Week’s Fleet and MRO Forecast predicts the Southeast Asia market will generate US $5.8 billion in MRO demand in 2018, while the broader Asia-Pacific MRO market is expected to generate US $22.6 billion by 2027, at 4.3% per annum.
— AsiaOne

Everyday eats
Vietnam’s snack market is growing handsomely as people have more money in their pockets and a desire for something to nibble on.
— Vietnam Economic Times

Staying in the game
The FMCG market continues to perform strongly in Vietnam but fine-tuning will always be required.
— Vietnam Economic Times